The team did an amazing amount of work last week, finishing framing and enclosing Chris Allen’s home and nearly completing Alan Todd’s home. A well-deserved weekend was filled with traveling around the area, some visiting the Grand Coulee Dam, others driving up to Twisp and Winthrop to see the old Western town. We awoke to early snow on the mountains surrounding us on Sunday. The team attended the Okanogan United Methodist Church’s morning service before again heading out in different directions for the day. Great team-building is being done, and we feel like a family even though many of us had never met before a week ago.

Monday and Tuesday found the crew finishing the Todd home and beginning to move up the mountain above Oroville, Washington to begin on Gerry Gram’s home. The higher elevation brought snow, slush and mud into the mix. By Friday, the house was framed and enclosed. The crew began with only a foundation on Tuesday afternoon. This crew is efficient, well trained, and they worked well together throughout the two weeks they spent in Okanogan. It was amazing to watch them at work.

Ina Heinrichs was the head cook for the two weeks, and Katie Nolt and Rosanna Groff were assistants as well as spending several days at the jobsites with the rest of the crew. While the team stayed at the Cariboo Inn, we have had the use of the basement of the Okanogan United Methodist Church, next door to the hotel, for the two weeks we have been here. It came equipped with a kitchen, large meeting/eating area, as well as restroom facilities. In the future, it has room to house several volunteers in one of their former classrooms. It met our needs and we were happy to be able to make a few improvements before we left. We purchased several small appliances and equipped the kitchen so it will be able to accommodate future Okanogan teams. 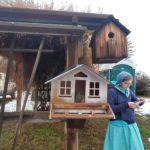 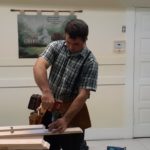 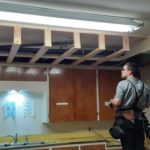 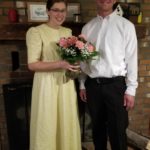 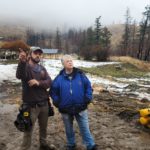 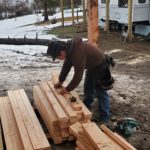 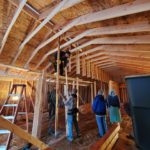 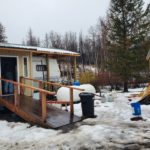 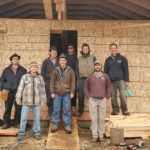 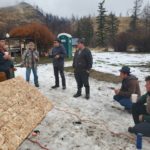 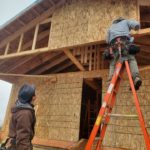 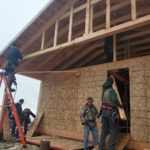 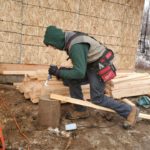 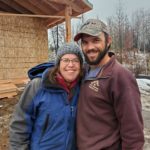 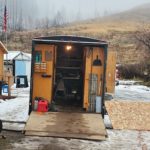 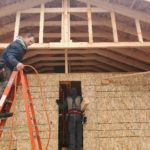 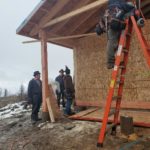 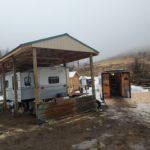 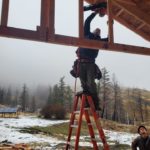 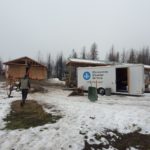