Sunday evening a very energetic, excited, and very well-mannered group of 17 arrived from the Franconia Mennonite Church, with two more arriving later in the week. This group of twenty somethings brought a variety of skills and a strong work ethic.

The volunteers eagerly jumped into working at the remains of the Riverside Baptist Camp which burned in the East Troublesome fire. There wasn’t one building left at the camp. They cut down burned trees, cut off branches, and used the clean logs to begin construction of a rail fence at the entry gate and around the perimeter of the camp. Trees that were too small, branches that were removed, and other tree debris were sent through the chipper. All the chips were spread in a one-inch bed around the camp. TPs of burned trees, branches and tree debris were also constructed. When the snow falls in the winter the TPs can be burned without danger of the fire spreading. The TPs are a common sight throughout all of the areas burned by the wildfire.

Some of the volunteers worked at the Historic Grand Lake Cemetery removing trees that were threatening the safety of the tombstones and the nearby road. The wildfire swept through the cemetery leaving burned trees, and tombstones covered in debris and soot.

Because of the high altitude at Grand Lake, our schedule varied daily in an effort to keep volunteers from developing altitude sickness. This enabled them to interact more with people in the community. They commented that the camp embodied the community’s spirit of endurance, persistence and restoration. The varied schedule allowed them the opportunity to hike, visit the Chamber of Commerce, which has an informative display of the wildfire, and walk around Grand Lake Village.

The Colorado MDS Unit has done a great job of including some aspects of creation care with the clean-up process. One day after lunch Carole Suderman from the Colorado Unit shared about different plants, animals, healthy trees, birds and a variety of things at the camp where they have been working. She created a Nature Scavenger Hunt where they had to find 21 different things.

Volunteers shared that they loved the restoration process of the camp and the amazing views surrounding the camp. They enjoyed hearing from Kevin, the campground and facilities caretaker, who lived at the camp, and is also a volunteer fire fighter. He worked 36 hours straight fighting the wildfire in one area, while his house at the camp went up in flames. His two dogs perished in the fire.

Next week we have a much smaller and younger group coming from Arizona. They will continue building the fence around the campground. They will also work at the cemetery chipping trees, spreading the chips and constructing Stevens Log Rails around certain areas where foot traffic is not permitted. They will also clean monument headstones, and rebuild a small perimeter fence around a historic family gravesite.

We were blessed with a very good first week! 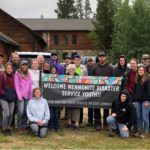 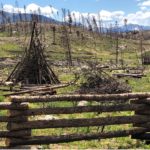 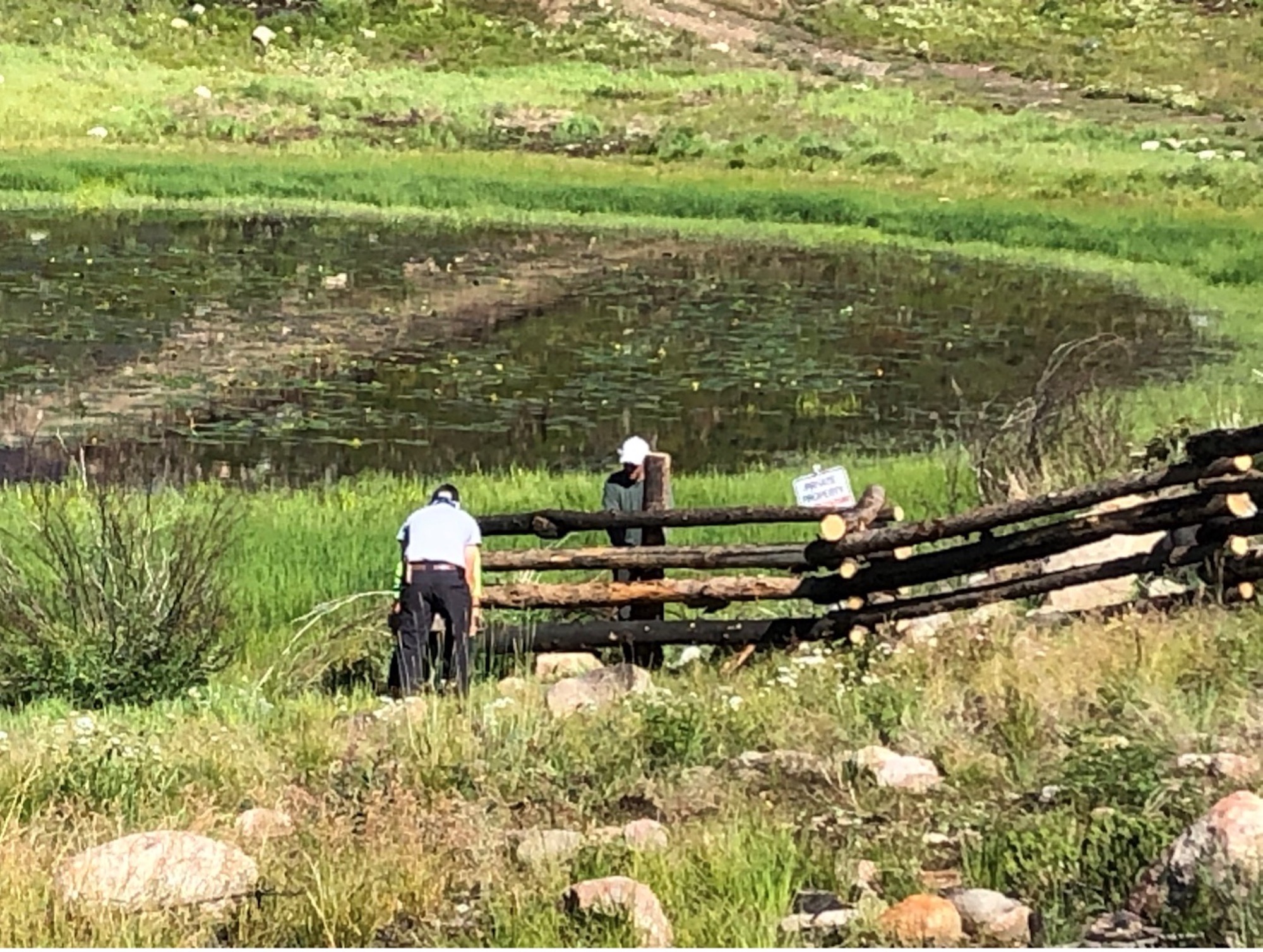