On July 3, we welcomed a group of seven volunteers and three sponsors from the Trinity Mennonite Church in Phoenix, Arizona.

The group worked at the Riverside Baptist Church Camp. Much of the downed wood that last week’s group cut down was cleared. They continued to clear debris from the 10 acres. More trees were cut down and small trees were sent through the chipper. The wood chips were spread throughout the camp for erosion control.

The group worked at the homesites of Mr. David and Mr. Randy. Burned trees were cut down and the burned area was cleared. Much of the time since the fire Mr. Randy has been living in a tent on his property without the ability to process all the permits, it takes to begin to rebuild. Having his property cleared of the debris has restored his hope and he feels like he can now move forward.

Grand Lake Historical Cemetery located inside the Rocky Mountain National Park was a new location they worked at. This is the only cemetery that is located in a National Park. This cemetery was ravaged by the fire, leaving many trees down, tombstones covered in soot and some very old wooden tombstones burned beyond recognition. The chipper was once again a prized possession as volunteers kept it busy chipping small tree trunks that still cluttered the cemetery. The chips were then spread throughout the cemetery. Other volunteers worked at the arduous task of cleaning the tombstones with a special solution and a small brush. Small pine trees that were growing in another area of the cemetery were transplanted to areas where trees had been burned. The cemetery manager was very impressed with the work ethic shown by this group. She said when she heard the volunteers coming to work were high school youth, she thought the work she needed done was a three-day project. The youth had it completed in a day and a half.

The city has been very grateful for the work that we are doing here. One day the Chamber of Commerce provided lunch for all the volunteers and spoke to them about the fire and the impact on the community. Another day a restaurant in town provided lunch for the volunteers. One of the girls commented “I feel like a celebrity in town” because of the way the locals treated her.

Even though this group was a much smaller group than last week, they worked hard and got a lot accomplished.

This week the group will be back at the camp working with two community members. They will be cutting down more burned trees and cutting off the branches preparing them for use in building more fencing that will surround the property. They will also be chipping small burned trees and spreading chips around the twenty-acre property. More fencing may also be built throughout the week. 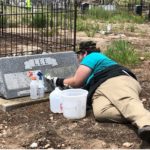 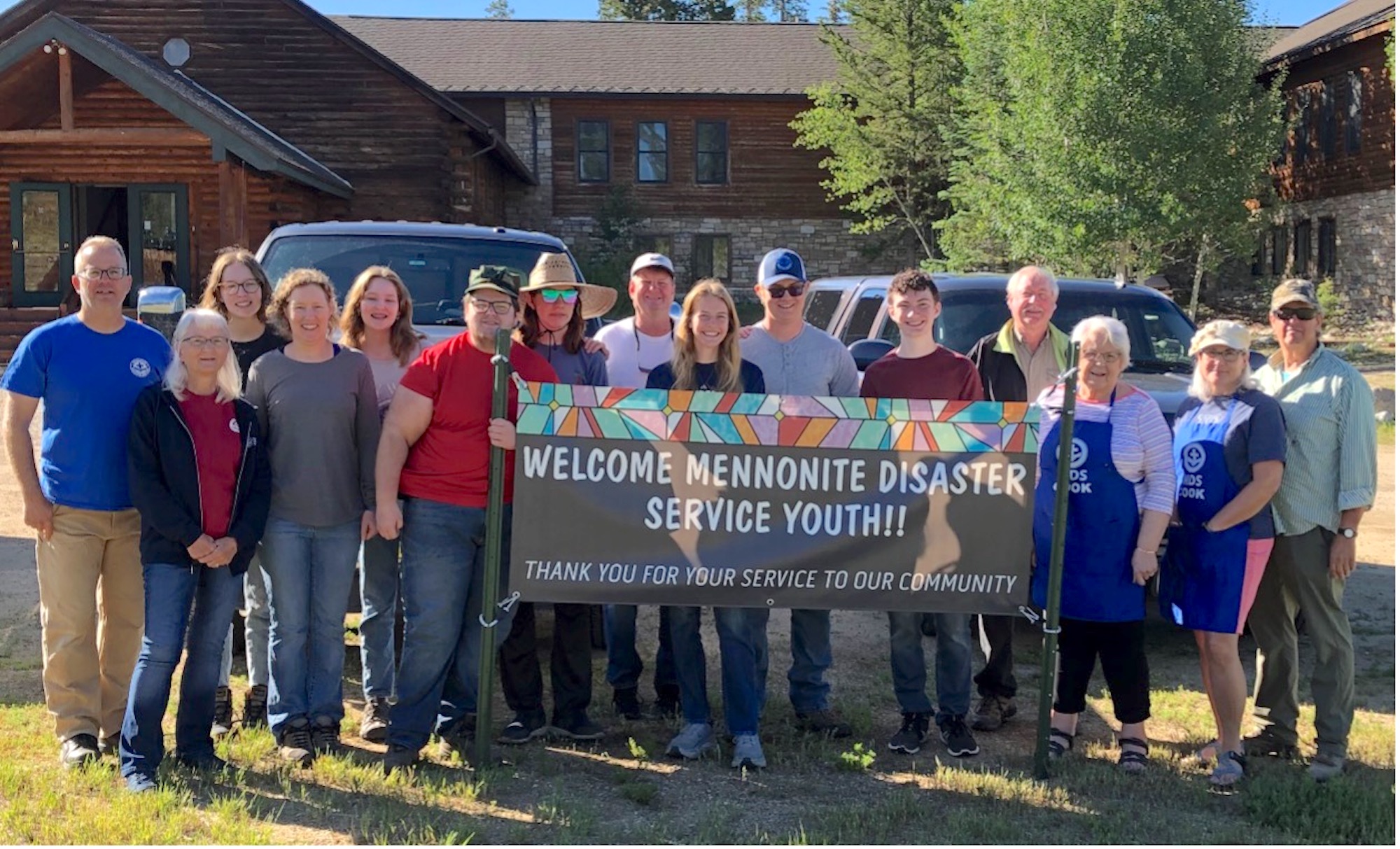