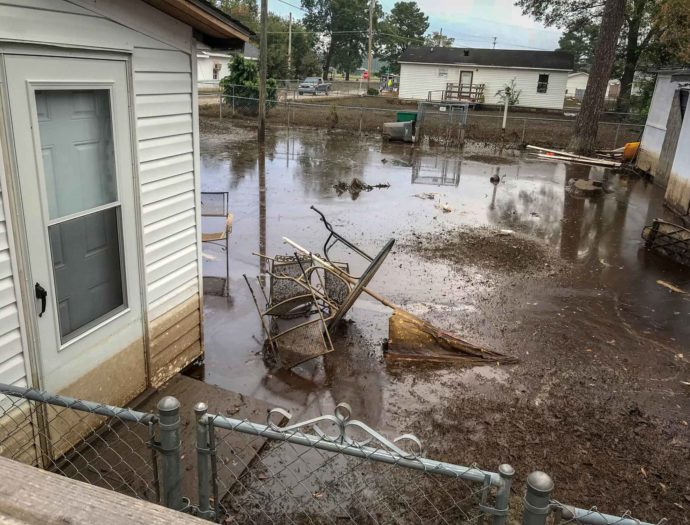 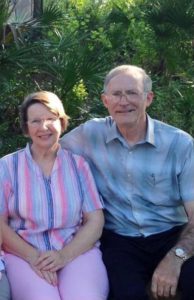 That’s how much time John and Connie Zuch had to leave their house as flash floodwaters, spawned by Tropical Storm Fred, rushed toward their home on August 18.

Their home, built in 1979, had never been through such a severe situation.

“I think it actually took us two minutes and 30 seconds to get out,” said John Zuch, adding that he and Connie didn’t have time to grab any belongings.

That night, after the water went down, they returned to the house. They could see the garage and breezeway were damaged, but water hadn’t gotten into the main living area so they were able to sleep inside.

When they were able to see the house in the daylight, they were stunned to see that floodwater had all but washed out the foundation at two ends of the house.

The floodwater surged over the road, washing away one side of the foundation, then curled around to create a whirlpool that struck the other side of the home.

The Zuchs also lost a washer, dryer, three sewing machines and a new furnace to the flood.

“We had homeowner’s insurance, but no flood insurance,” said Zuch. “We were working every day like crazy, putting up support posts so we could get back into the house.”

“I’ve never been through anything like this before, they were a special blessing.”

John and Connie, who attend the Jemison Valley Brethren in Christ Church, heard at the Knoxville firehall that local Mennonite Disaster Service (MDS) volunteers were helping people in need, and the Zuchs followed up.

A crew of local MDS volunteers came to help the Zuchs rip out the damaged breezeway and other parts of the home ruined by floodwater.

“That was a tremendous help,” said Zuch, who at the time also showed the MDS crew the damaged foundation.

Through MDS connections, Zuch discovered a group of masonry students at Alfred State College in New York—and they became the answer he needed to help fix the foundation.

“It turns out the associate professor of masonry in the Building Arts Division of Alfred State College in New York is also a Mennonite pastor,” said Zuch. “The students put up supports on October 7, started the next Monday, and were finished by October 27. They really did a tremendous job.”

While Zuch was able to foot the cost of materials, volunteer help meant that the labor was free. “That was a tremendous blessing,” he said.

And the biggest blessing of all, he added, was having someone available to fix the foundation at all since local masonry contractors were booked for months. “Nobody even had time to come and look at it,” he said.

Zuch expressed a special thanks to MDS volunteers and the students from Alfred State College.

“I’ve never been through anything like this before,” he said. “They were a special blessing.”