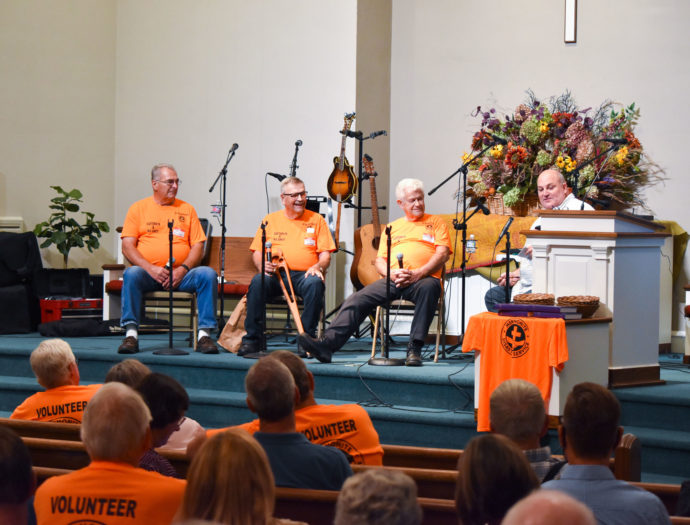 The Mennonite Disaster Service (MDS) Eastern Pennsylvania/New Jersey Unit celebrated its 65th anniversary on Oct. 8 with a look back at its long history and a look forward to its path of hope.

Nearly 100 people enjoyed an outdoor dinner at the church’s pavilion, as well as videos covering both the unit’s history and its present-day activities.

The unit is one of MDS’s oldest, said Jay Johnson, board chair and project manager. In fact, one of the first responses, led by the Blooming Glen Mennonite Church, was to a flood in 1955.

In the passage, when Peter shows up at a prayer meeting, Rhoda answers the door, and tells the others that their prayers have been answered: Peter is free.

“Can you imagine the reaction?” King said. “She is told ‘you are out of your mind.’ ”

King said that the story, in some ways, examples the attitude of the Eastern Pennsylvania/New Jersey Unit. “What would it take for my faith to grow beyond worldly powers, breaking out of defeat and despair?”

Johnson agreed that the story expresses well the heart of the unit. “When people think we can’t do something—we can do it,” he said.

Click here for more photos of the event: https://flic.kr/s/aHsmWU5Zr9