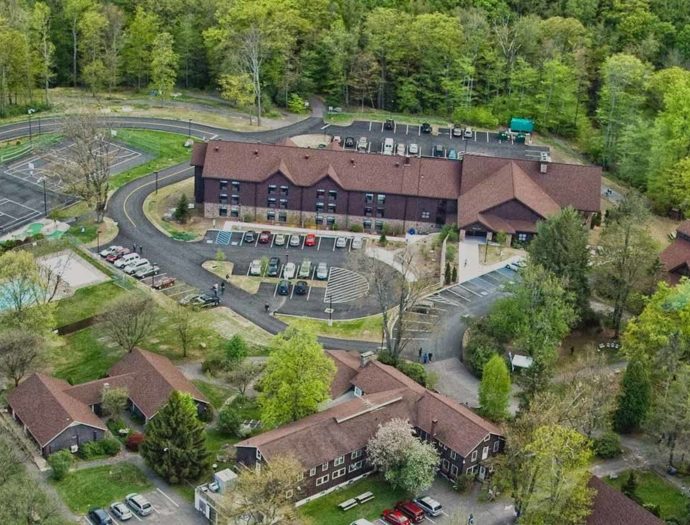 MDS Family Project in the Poconos

While family projects are a mainstay of MDS Region 5 (Canada) summer activity, a similar project has begun at Spruce Lake Retreat and Camp Center in the Pocono Mountains of eastern Pennsylvania.

MDS volunteers Dottie and Keith Reid, members of the Pennsylvania East & New Jersey Unit, have organized a family project with the hopes of receiving families and couples willing to assist with upgrades to the popular church facility.

Spruce Lake was opened in 1963 by the Mennonite churches from nearby Bucks and Montgomery counties who, in 1961 had formed the Franconia Mennonite Camp Association.

The Reids arrived at the camp in early June and began working on several projects, including building three firewood base platforms, painting doors, repairing a tent platform, helping to organize volunteer spread sheets and preparing bedding for summer campers.

The two worked from June 4-7. They are anticipating additional families and couples arriving later in June.  In early June children were still in school.  Throughout June churches will be holding Vacation Bible School.