The inaugural California MDS RV project began with the arrival of Tom Collins, project director, and Pat and Judy Powell on Saturday. Roger and Ina Heinrichs and Chris and Carol Stone arrived on Sunday, along with a pickup and tool trailer which had been stored in Kingsburg, CA. The crew started work on Sherylee’s home in Concow on Monday. The gals started painting siding, paneling and trim and continued throughout the week. The men measured walls for the installation of siding and panels for the porch, and made some corrections to the outside. Installation of siding and soffits began on Wednesday.

Our client is a single lady, with many health issues, who lost her home to the fire. She cannot drive and has difficulty walking. She has lived in a travel trailer on her property for the past 3 years. She is literally watching her new home rise from the ashes. Sherylee was woken by her son who had come to check on her on the day of the fire. Her house was already on fire when he woke her. They planned to leave by car but another vehicle had blocked the driveway and they were unable to drive out. As quickly as they could, they walked through the trees, escaping flames as they walked. They were rescued by another driver as they came to a road. She was left with nothing as her insurance lapsed while she was recovering in the hospital from a stroke and was unable to reinstate it before the fire came. The crew has been ministering to her this week, not only by building her home, but spiritually through listening and providing encouraging words and deeds. We are thankful for this opportunity to be the hands of Christ to Sherylee. 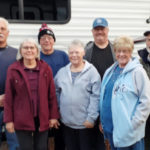 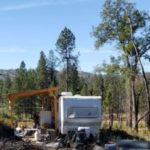 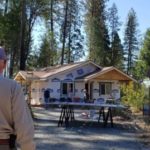 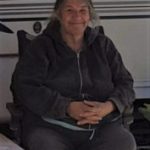 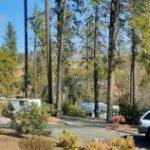 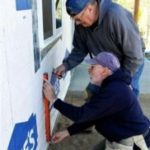 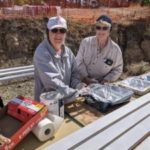