On Monday morning, the work crew, Ed, Galen, Daniel, Hans and Dan, went first to the Rubiolo house to bring drywall inside, in anticipation of rain which is forecast for Tuesday.  They then went to the Harrell house to continue installing the exterior siding.  Dan continued to work inside on mudding drywall.  On Tuesday, the rain arrived, just as forecasted, so everyone worked inside – Dan continued mudding drywall at the Harrell house and the rest of the crew installed ceiling drywall and exterior wall insulation at Rubiolos.   On Wednesday, they finished the ceiling drywall and insulation work.  Dan finished applying the third coat of drywall mud and began sanding joints.  On Thursday, they worked at the Harrell house, sanding drywall and installing exterior siding.  Also, on Thursday, a group of 11 Mennonites from Bangor CA, worked on framing at the Wynne house – they worked swiftly and efficiently and pretty well finished the framing.  Don, Tina, Josie and Ruth drove to the worksites and delivered ice cream sandwiches to all the work crew.  On Friday, Galen and Dan continued the drywall work at Rubiolo’s house and Ed, Galen and Daniel and Hans worked on the siding at the Harrell house.

This weekend Ed, Ruth, Dan, Galen, Daniel and Steve will all be leaving to return home.  We thank each one for their term of service (some were here six weeks, some two weeks and some, for one week).  It has been an enjoyable time together.

Submitted by Ruth Basinger, Office Manager, on behalf of the Paradise Team 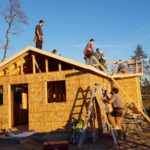 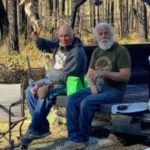 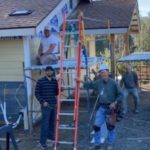 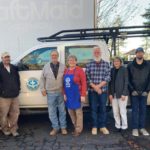