Our volunteer group this week consisted of four people. Gary Martin, from Alaska, came to shadow the Project Director. Greg Reimer, from Washington, brought plumbing skills. Kim Shantz from Arizona and David Lindquist from Washington, rounded out the group.

Wednesday evening we were joined for dinner by the homeowner of House #6, who shared about his experience of losing his home in the 2020 fire. He also played two of his 30 harmonicas for us and showed some of the photos he has taken of wild birds.

Volunteer work this week continued on the houses that were framed last week. Plumbing work began in Houses #5 and #7. Reinforcing truss bolts were installed in both houses. The framing work was finished on House #7, erecting the interior walls and papering a final section of the roof. Volunteers also began building the deck on House #7. 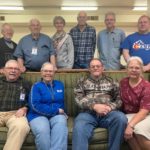 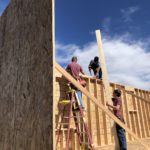 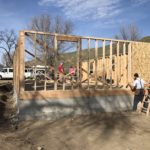 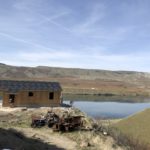 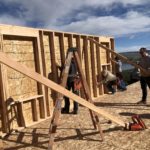