A group of twelve young men and women from Pennsylvania and New York and their two drivers joined the eight long-termers for a productive week. We worked on three jobs, described below.

At House #1 the crew continued to put up the siding, which was completely caulked and painted by week’s end. It’s a beautiful pistachio green! Temporary electricity was connected, so the roar of the generator no longer rings through the neighborhood. Plumbing was begun, and electrical wires pulled. By Friday, the insulation was complete so that crews could begin hanging drywall. One afternoon, the crew visited at length and shared snacks with family members under the shade tree.

At House #2, trim and siding needed to be completed so that the house could be painted. It’s a brilliant blue with white trim, visible from the intersection about a quarter mile away, to the homeowner’s great delight! Porches were built, complete with steps. Electrical work was initiated. On Friday, we noticed that “Thank you, MDS” had been written on the living room floor. The homeowner asked to help paint, which she then did for several hours, and also brought some snacks out for the volunteers.

Last week’s crew had strung markers for the piers for House #3, but over the weekend neighborhood dogs and children played in the area and it all had to be redone Monday morning. Nevertheless, soon posts were set, squared up and leveled, the subfloor was in, outside walls went up, and before we knew it, trusses and sheeting! The skeleton of a house appeared out of nowhere, and the owner couldn’t say “thank you” often enough!

Next week will be the last until January, so we especially need to make House #3 secure with a roof, windows and secure doors before a three-week shut down over the holidays. 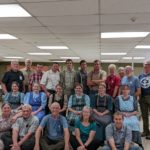 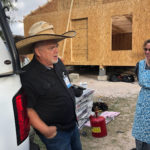 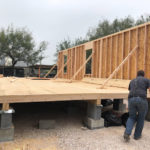 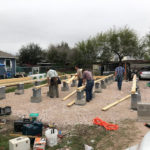 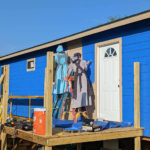 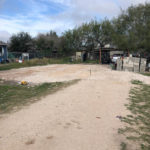 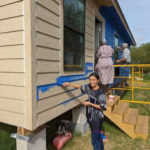 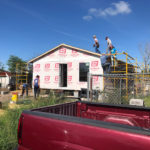 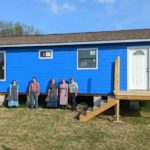 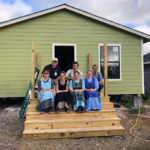 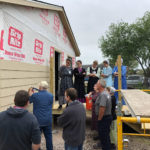 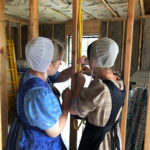 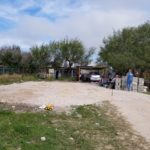