This week the eight long term volunteers on site had the pleasure of working with a group of two young men and nine young women from Wisconsin. We experienced beautiful music, both vocal and accordion, lots of giggles and outbursts of laughter, jokes and tricks, volleyball, late night visits to the local WalMart, serious conversations about life, and plenty of hard work at the three houses currently under construction.

At House 1, wiring work continued so that drywall hanging could begin. By week’s end, the crew of four young women had hung all the drywall and begun taping and mudding. They expressed their appreciation for their crew leader, and how he helped them learn new skills with patience and good humor.

At House 2, the crew pulled wires and installed electrical boxes and light switches. The outside painting was completed and touched up. A local volunteer who is a master plumber joined our crew to begin plumbing the bathroom shower and laundry. The family served tamales to the volunteers, with all the trimmings, mid-afternoon on Thursday. The young women on this crew also expressed their appreciation for patience and careful instruction from their crew leader.

By week’s end, House 3 sported shingles, and interior stud walls. Fascia and soffit were installed, as well as windows and the front door. On Friday volunteers cleaned up both House 1 and House 3 sites, and put away materials for the Christmas break. The homeowners at House 1 offered traditional Mexican food to the volunteers at both houses, which proved to be a challenge for our Wisconsinites. New foods can be interesting, for sure!

2022 promises to bring lots more volunteers and excitement to south Texas. Those of us who have worked over the past weeks are grateful for God’s protection, and for the opportunity to serve families who so desperately need decent shelter. Many of the weekly volunteers expressed interest in doing MDS again, a good indicator of meaningful work. Much appreciation has also been expressed for the educational piece we have added to the Wednesday schedule. It is so very important to know the history of this area, as well as the whys and the what-can-we-dos of the current situation along the border. 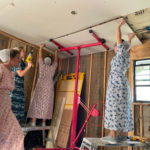 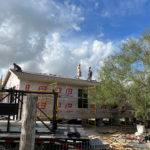 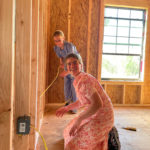 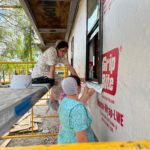 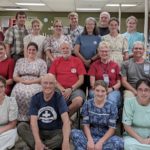 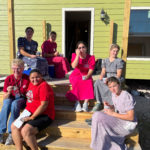