Early in the week several volunteers completed removing wet drywall in Larry’s garage and Erma’s house, on neighboring properties, and then sprayed for mold in both dwellings.

From Tuesday through Friday volunteers continued and completed the repairs on the former SWAP house, the “Lodge” at the Hindman United Methodist Church, and did a final cleaning so that the church could move furniture in over the weekend. Work also continued in one area within the Methodist church that had suffered water damage.

Volunteers returned to Danny and Sandy’s house from Tuesday through Friday, finishing the drywall taping and sanding and then painting several rooms. On Friday four volunteers also returned to Kristi’s house, which had previously been mucked out, and replaced the washer, dryer, and range with new appliances she purchased.

We had several days of rain, which didn’t hamper our work, but it did raise some fears in the community since memory of the July flooding is still very fresh. 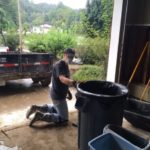 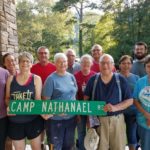 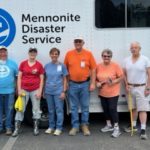 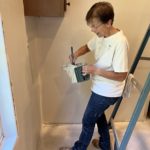 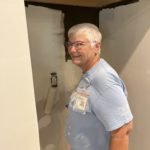 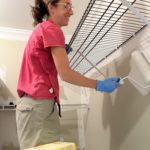