This week we welcomed a group of 9 men and 3 women from Newville, Pa who had many collective years of MDS experience.  Those new to the organization quickly caught on and we made great progress at five homes in the course of the week.

David Hughes of Ohio led our project as Director and his wife, Patti, was Office Manager.  Preparing our meals were Ivan and Anna Mary Martin of Narvon, PA.  We also had Norm Yoder from Alaska as a crew leader this week.

Work continued this week at the home of Rena Ritchie.  Workers were fitted with Tyvek suits, goggles and breathing masks for the dirty job of removing old insulation from under this mobile home.  After repairing plumbing issues, new insulation was put in and covered with Tyvek wrap. The skirting was then replaced.  Ms. Ritchie is extremely grateful for the work being done, She became emotional when she found that she had running water in a bathroom sink that had not been working. Some work remains for next week to paint her porch and replace a door.

The drywall finishing was completed in the new enclosed porch at Tosha Herald’s house.  God sent us a professional drywall finisher just in time. By the end of the week it had 2 coats of paint, the door was put on, and vinyl flooring was down.  A few more items next week and this job will be finished.

There was still one window to install for Michelle White. As often happens, once a task is begun, it turns out to involve more than expected.  There was a lot of rotted wood around the door opening which had to be replaced. We had just the carpenters for the job, and now we are finished at this house.  The homeowner told how they had purchased this trailer after they lost everything in a fire 3 years before the flood. They had nearly finished fixing it up when it was flooded. We are learning that a disaster is not the only hardship for many families, it just adds to troubles that already exist.

A crew was sent to the Home of Larry Hopkins for two days of painting.  Larry is really missing his wife, who had to go to Florida following the death of her father.  He enjoyed having our volunteers to visit with and is in a way sad that the work is done.  However, he was invited to join us for an evening at the camp where he shared some of his personal story of loss and grief. He had moved to Breathitt County to begin a new life in a new place.  Following the devastation of the flood he has learned that there are people who do care and support him, and he is involved in his church and at a nearby private school.

Volunteers began work at Janet Watkins’ home where flood water had damaged the floors.  The subfloor was so weakened that their feet would break through if they stepped between the joists.  It was hard work to remove the old floor material which was both glued and stapled to the joists. Plywood was installed for new subfloor, with more to be done next week.

One evening we invited Roger Voth, the director of Bethel Camp, to come speak to the volunteers.  He and his family have been living and working here for more than 20 years. He told how a local church, displaced by a public works project, had purchased this former children’s home in 1957. Many of the old buildings are still in use, and there is a beautiful new dining hall, with rec room and chapel, built by generous donations of time, money and materials. They host 8 weeks of summer camps here, plus weekend retreats.  It has been a wonderful facility to house our MDS project. Roger returned a second night to join us for an evening of music, adding his fiddle to the impromptu worship band. 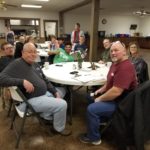 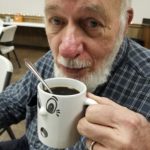 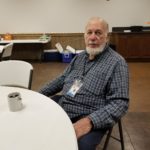 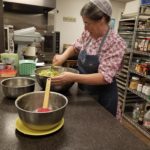 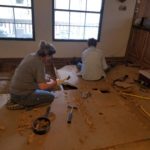 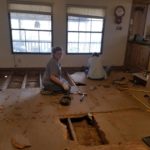 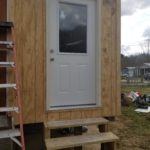 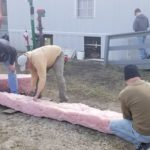 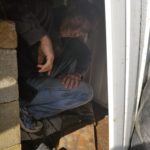 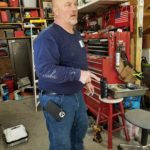 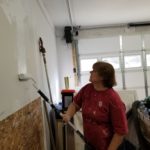 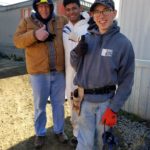 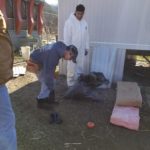 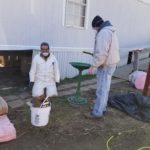 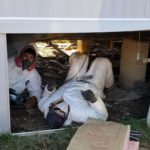 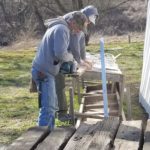 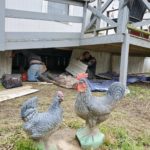 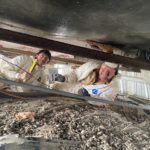 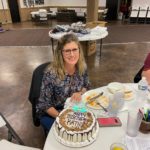