They got right to work on Monday with the task of tearing off a roof at the home of Rhonda Haddix, who lives just a few miles from Bethel Camp where we are housed. Rhonda purchased this house with FEMA funds after her former home was completely flooded and beyond repair. By Wednesday, the new roof was on and gutters, fascia, and part of the siding had been replaced. We had wonderful weather the first two days for the outside work. The volunteers enjoyed meeting the homeowners and the neighbor’s goat, who enjoyed Arlis’ sandwich.

By Wednesday afternoon the rain began and continued through all of Thursday, so it was a shift to indoor work. Part of the team went to Belinda Oaks’ house in Jackson to tear out three rooms of flooring and repair the joists. They had new subfloor in place by Thursday and returned on Friday to install new vinyl flooring. Future crews are to replace the insulation under the floors. A couple of volunteers went to Cinda Molands’ home to install an electrical outlet to power the sump pump installed by previous volunteers.

Throughout the week we continued with repairs at Bethel Camp. There was a lot of trim and door painting, and some basement walls to paint with Drylok. Karen, Leona, and Sarah did a lot of painting, but don’t think they didn’t get involved with the roofing! Spike was just the right person to install a new window for the Bethel Camp office building and continue with some siding on a cabin.

Jason, a youth volunteer, arrived with a minor injury and was under doctor’s orders to avoid much work. He was invited to come along and ride with the Project Director to pick up materials and look at more jobs to sign on.

Shawn Harley, a member of Breathitt County Long Term Recovery Team, retired from the National Weather Service which has a facility in nearby Jackson, KY.  He came to speak to the volunteers on Wednesday along with his former colleague, Jane Marie Wicks.  We learned a lot about forecasting weather, and our guests learned about the after effects of the weather.  Jane Marie spent several days collecting data following the tornadoes that tore across western Kentucky in December 2021.  One of Jane Marie’s concerns is public information about weather safety in rural areas. She is working on curriculum for public and parochial schools. Her particular interest is in assisting people who do not use electricity to obtain solar powered radios that receive weather warnings and forecasting.

We all agreed that the media moves on to the next news event, while victims of severe weather are left to rebuild their homes and their lives. The more we learn about disasters, the more we see that it takes a lot of people working together to help people recover. No job is small or unimportant. 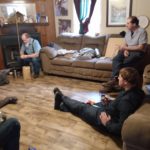 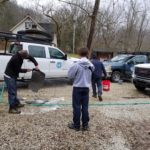 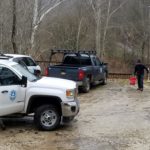 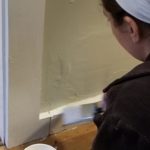 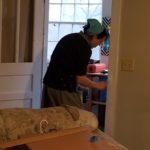 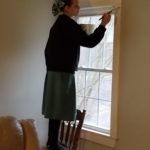 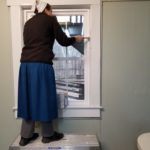 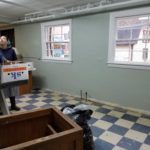 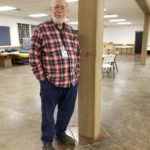 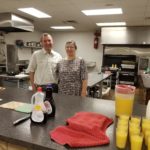 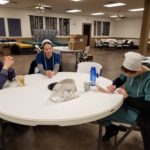 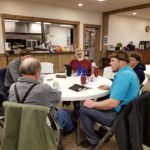 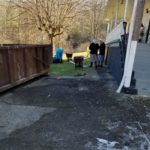 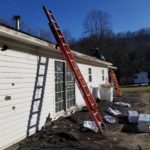 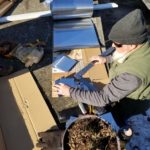 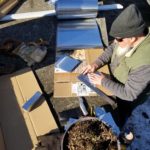 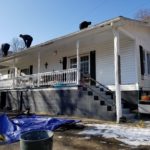