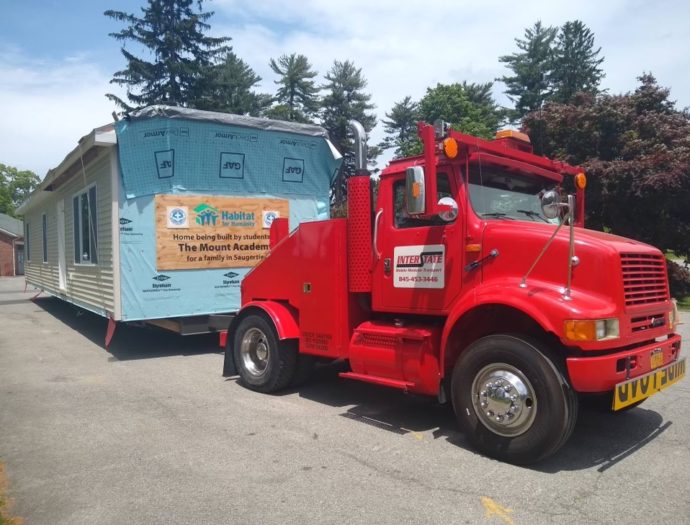 Working Together to Help A Family Get Back Home

The home has been under construction for many months on the grounds of the Mount Academy in Esopus, New York—founded by the Bruderhof Christian community movement in 2012.

High school senior Niels Wipf explained some of the many skills he’s learned on the job.

“After we got the walls up, we’re now working on interior framing,” he said.

“For transport, the house actually splits in half—see the line of hinges?” he asks, explaining how the end trusses will hinge down so the home can be moved 15 miles down the road.

That move happened on June 13.

Wipf is one of about 24 students in the construction tech program at the Mount Academy who worked on the home, a partnership between Mount Academy, Mennonite Disaster Service (MDS) and Habitat for Humanity.

MDS provided consultation as the Mount Academy became interested in pursuing the project, then contributed $50,000 for building supplies to help the academy offset the costs.

As he accepted the MDS donation, Mount Academy Principal Paul Button said he deeply appreciates the collaboration between MDS, the academy and Habitat. 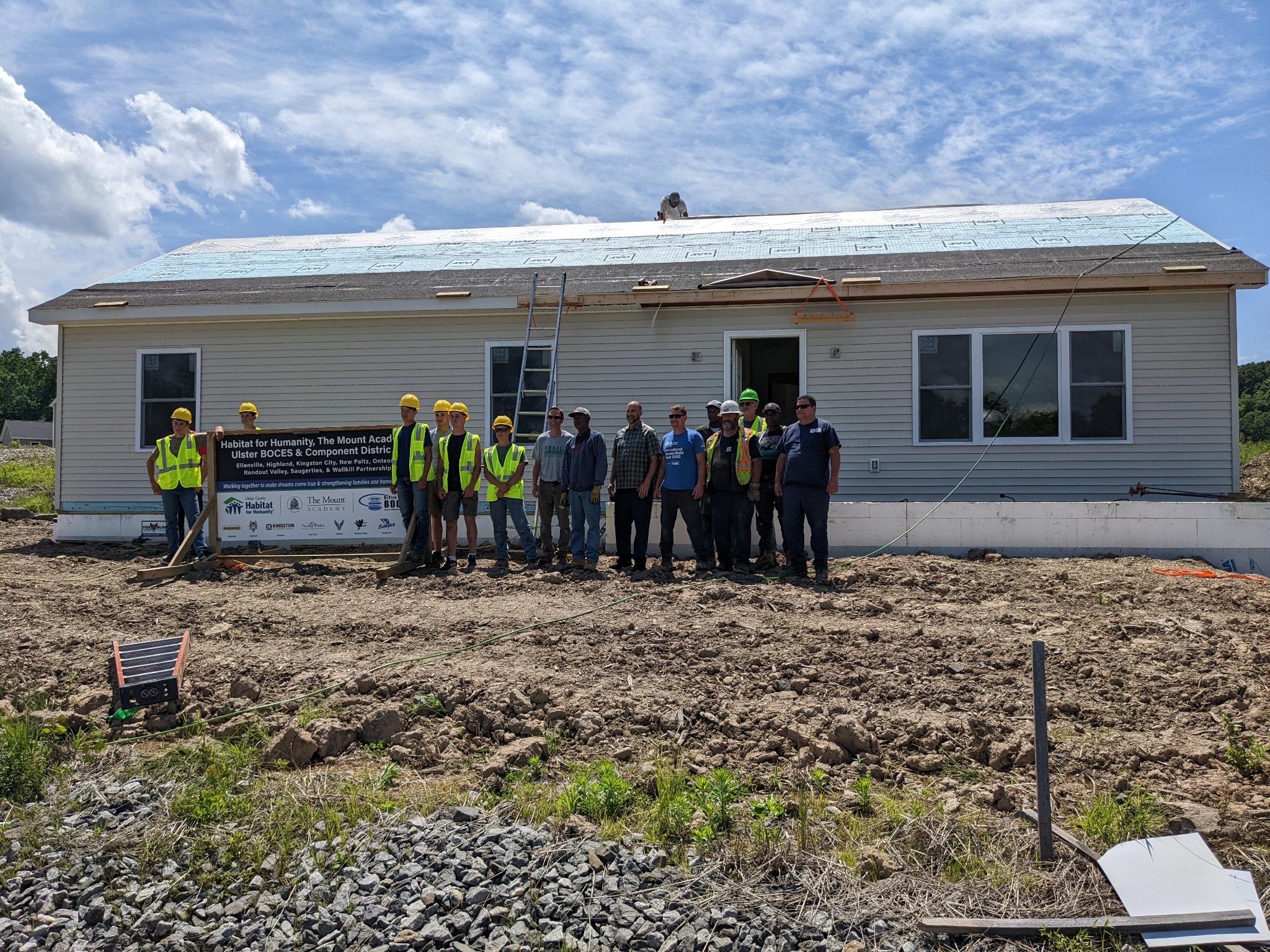 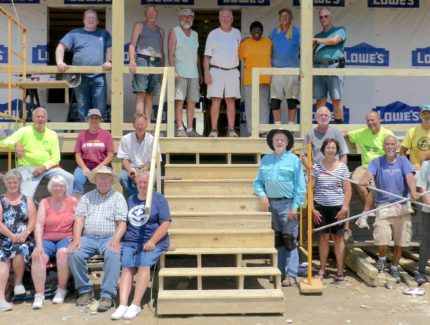