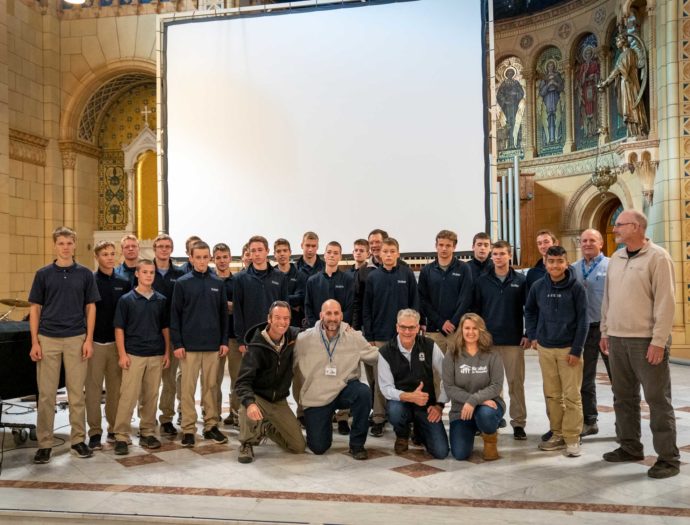 At the Mount Academy in New York, “might God be calling you?”

As the sounds of hammers and saws rang out across the grounds of the Mount Academy in Esopus, New York—founded by the Bruderhof Christian community movement in 2012—high school senior Niels Wipf explains some of the many skills he’s learned on the job.

“After we got the walls up, we’re now working on interior framing,” he said.

“For transport, the house actually splits in half—see the line of hinges?” he asks, explaining how the end trusses will hinge down so the home can be moved 15 miles down the road.

Wipf is one of about 24 students in the construction tech program at the Mount Academy who have worked on the home, a new partnership between Mount Academy, Mennonite Disaster Service (MDS) and Habitat for Humanity.

The partnership has not only resulted in a new house for a family through Habitat, but has also opened a door to service opportunities for current students and future ones as well.

As MDS Executive Director Kevin King explained: “This is not only getting somebody back home—but the process for these young people is as important as the outcome.” 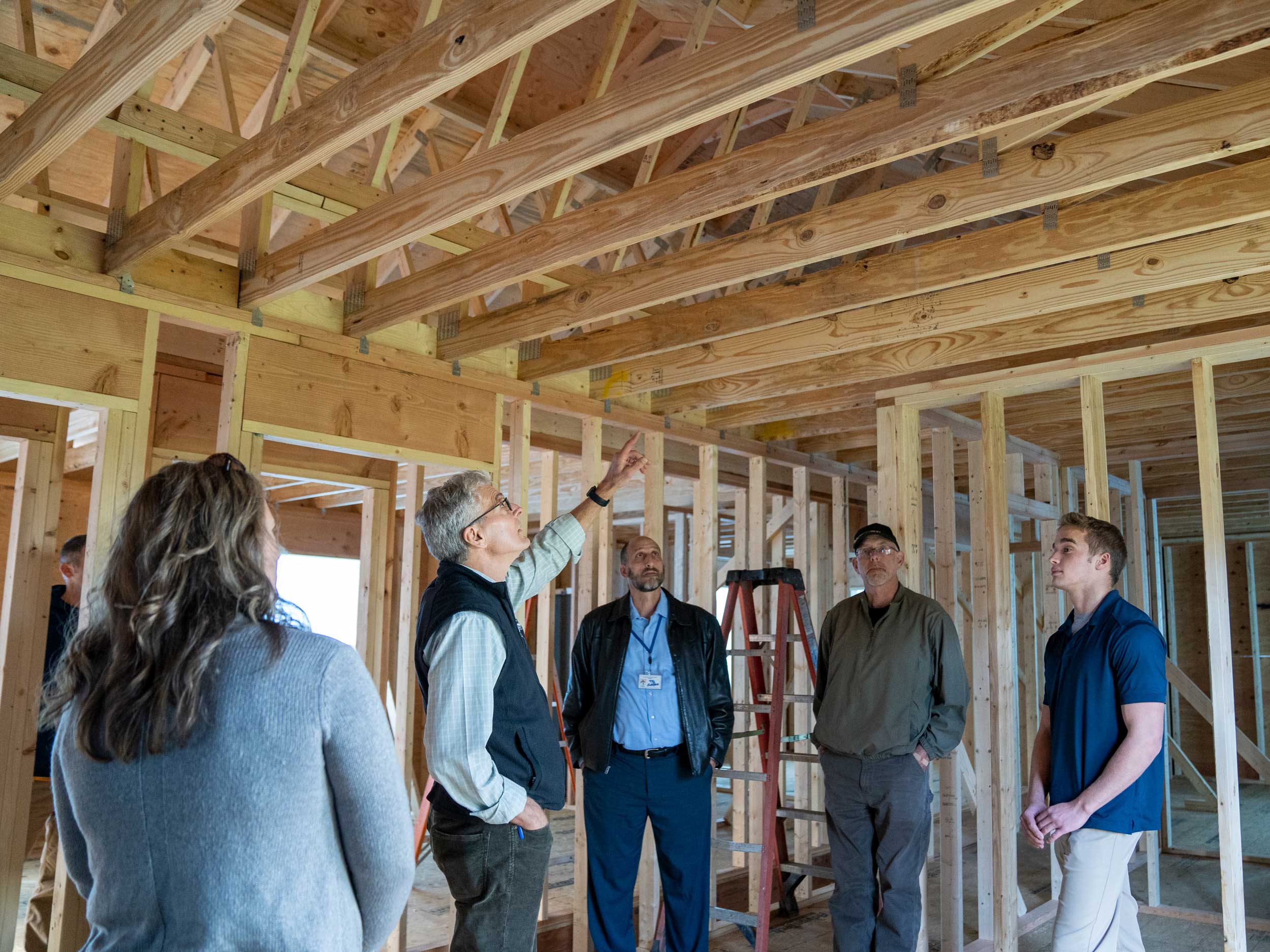 Construction of the modular home is loosely based off two previous MDS projects in Ohio, both of which involved volunteers building homes in a warehouse or a parking lot, then trucking the homes to people in need.

MDS provided consultation as the Mount Academy became interested in pursuing the project, then contributed $50,000 for building supplies to help the academy offset the costs.

As he accepted the MDS donation, Mount Academy Principal Paul Button said he deeply appreciates the collaboration between MDS, the academy and Habitat.

Ulster County Habitat for Humanity Executive Director Christine LaValle expressed the joy she feels whenever she visits the Mount Academy to see the progress on the house.

“If Habitat, the academy and MDS hadn’t come together in this way, there would be one less housed family in our county this year,” she said. “For a family wondering how to keep a roof over their heads, having a place to call home is life-changing in every way.” 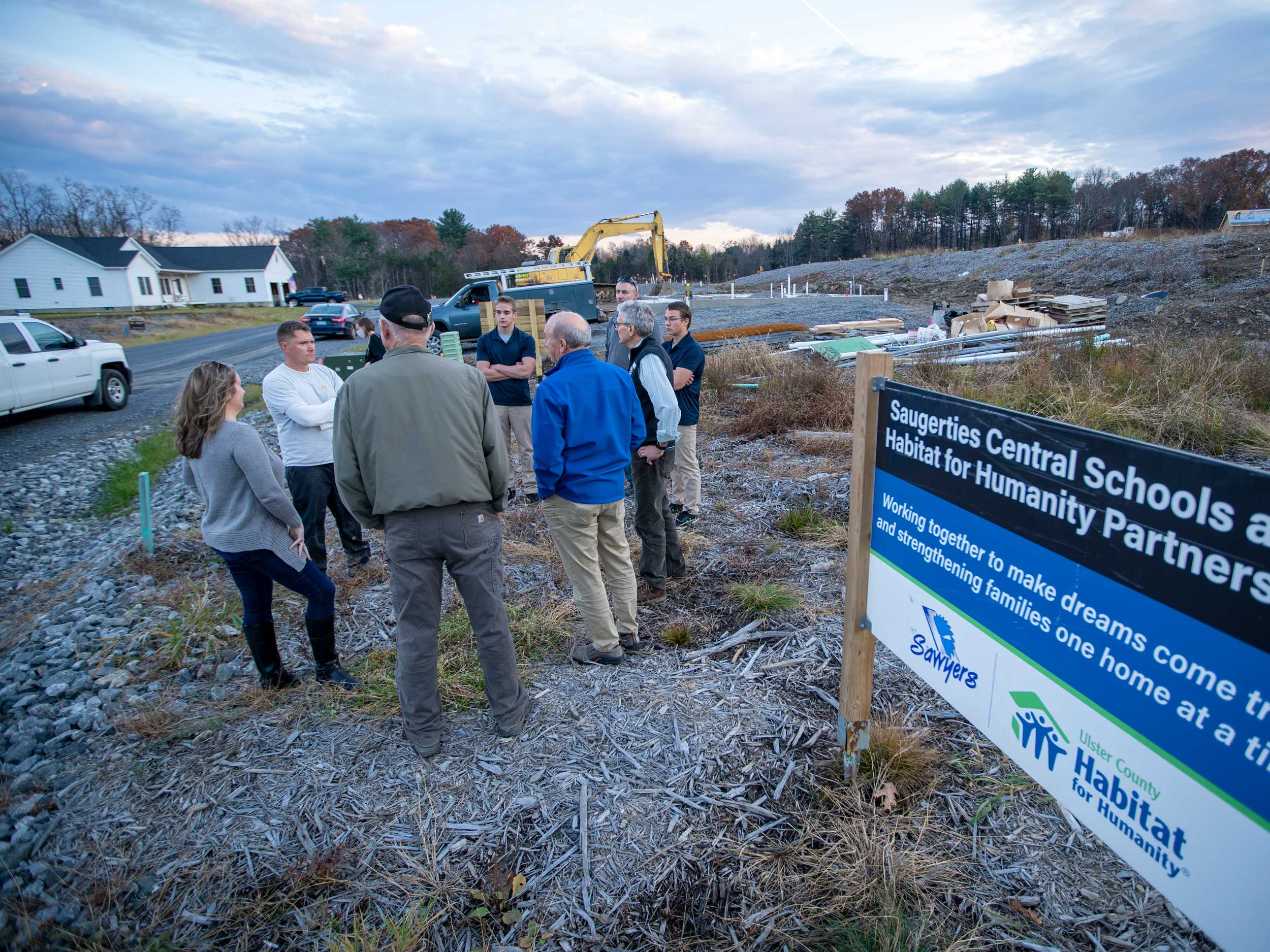 “We are coming together to give someone the gift of hope. I think most volunteers reflect that they could be in that situation, too.”

The home will be Habitat’s 22nd in the county. “We are having a housing disaster,” explained LaValle. “In Ulster County, 69% of people are paying more than 30% of their income for housing.”

Local public high school students from the Ulster Board of Cooperative Educational Services are involved in the hands-on work as well.

Michel Catalano, a guidance counselor from the Saugerties Central School District and a project adviser, said that not only are high school students learning skills—they’re also learning more about each other through this unique collaboration.

“There are a lot of common threads, and we all have some different things to learn about each other,” he said. “We are coming together to give someone the gift of hope. I think most volunteers reflect that they could be in that situation, too.”

David Mercer, who teaches the Mount Academy’s construction tech students and serves as the liaison between MDS and the academy, said that building the home is helping students learn how the theories they learn in the classroom bear out in a real construction setting.

“We’ve been working at putting this project together for the students for almost three years now,” he said. “We were going back and forth and spinning our wheels, but after MDS got involved we could feel the prow of the boat on this project begin to move forward.”

Larry Stoner, MDS regional operations coordinator for the eastern U.S., worked for many months behind the scenes with Mercer. He commended the Mount Academy students for their construction work and for their hearts for service.

“We all can choose either to make a difference, or to just go along with the flow that’s around us,” he said. “You’ve made the choice that God created you for a purpose.” 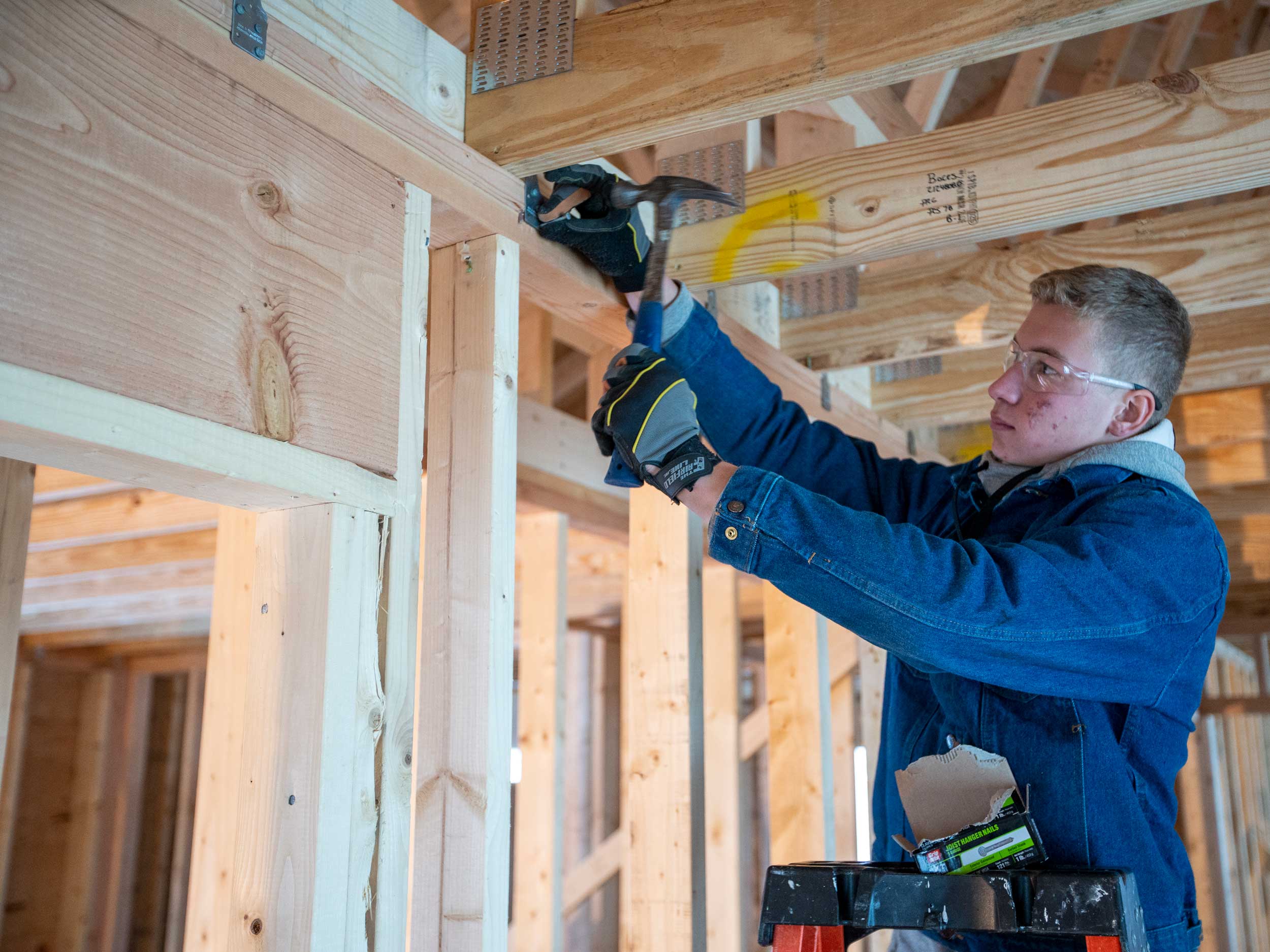 Mount Academy senior Ike Blough said he felt that sense of purpose as he worked on the home. “Since the beginning, every skill has seemed new to me, from the framing onward,” he said. “I’ve been able to get away from my desk, and help a family in need.”

As Kevin King spoke with students, he heard from them how much they want to be involved in service—and added that MDS’s relationship with the academy is just beginning. “The excitement that is building is amazing,” he said.

King shared a dream with the students: a yearlong service opportunity with MDS—a youth squad that would work during “blue sky” (or non-disaster) times, then be available to be deployed as early responders for cleanup, muck-out and other tasks when disasters strike.

“I pray that we can raise up some youth squads like this,” King said. “Maybe some of you can be the first part of that team.

“We want to grow the leaders for tomorrow, to bring that hope of restoration into committees,” King added. “That’s my dream. As I look across here, might God be calling you?”