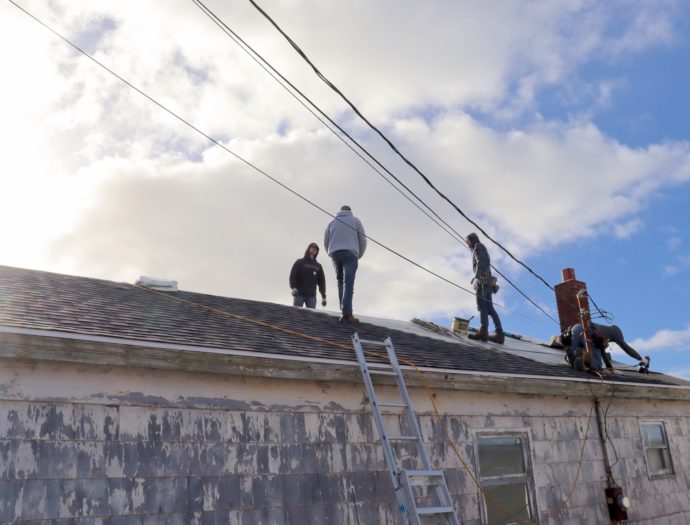 As hurricanes go, Fiona wasn’t as bad as some when it hit Atlantic Canada—just lots of trees blown down into yards and shingles and siding blown off houses.

Unless it was your tree, your yard or your roof and siding. Then it was a very big deal.

That’s how Nick Hamm sees it. 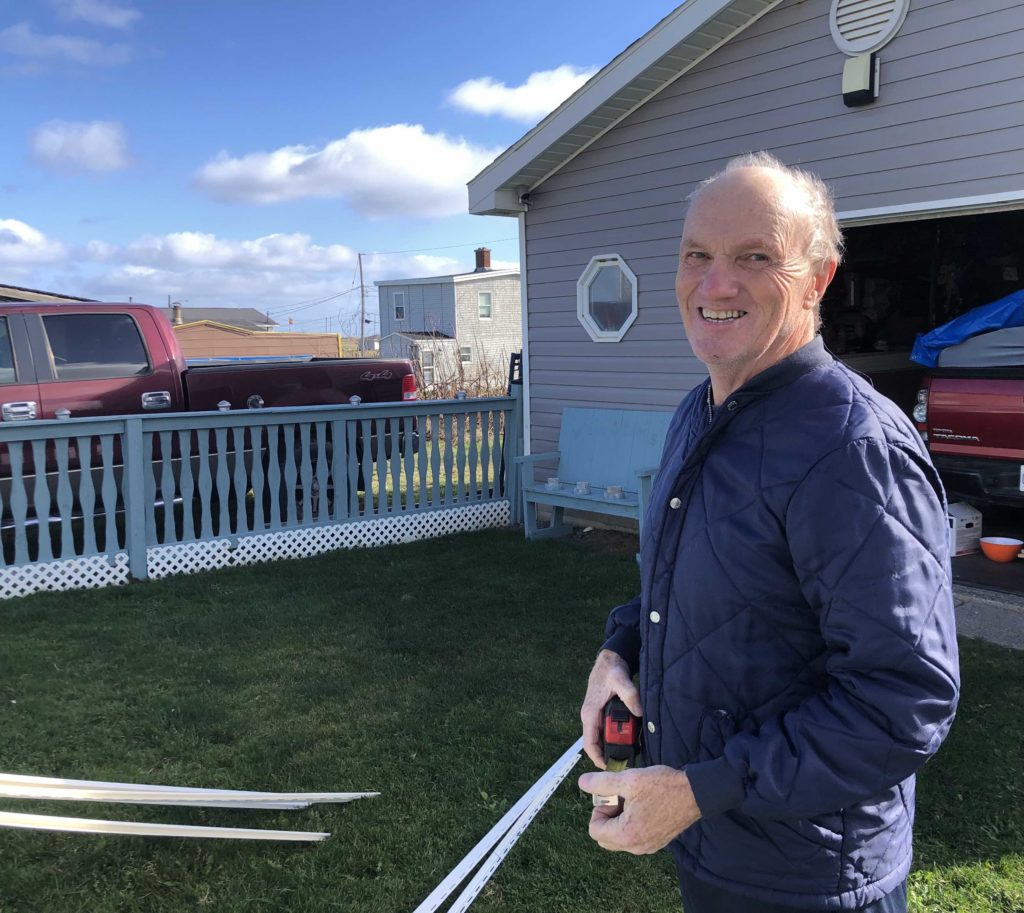 “It’s amazing how little structural damage there was,” said Hamm, who is directing the Mennonite Disaster Services (MDS) early response in Glace Bay, Cape Breton Island. “But for those who can’t afford to get rid of the fallen trees or fix their roofs, it’s a big challenge.”

Until the end of October, most of the work was tree removal. “I think we may have cut up and removed as many as 400 trees,” Hamm said.

The trees were knocked down by winds of up to 140 kilometres/86 miles an hour on September 24, when the hurricane struck Nova Scotia. They lie scattered around the town; hardly a block hasn’t been affected.

Although that was over a month ago, it will take a long time for all the trees to be removed and for roofs repaired.

“Many people feel forgotten,” said Hamm, a member of the MDS Ontario Unit who came to Cape Breton to assist the Atlantic Canada Unit with the response.

“They saw all the activity right after the storm and now worry no one will help them remove their fallen trees or fix their roofs,” he said.

Of special concern to MDS are seniors, people who are disabled or who have health issues, and those with limited resources.

“That’s who MDS focuses on,” said Hamm. “We have a heart for those who, for whatever reason, can’t help themselves.”

This includes people like Johnny Parson, whose house was damaged in the storm. 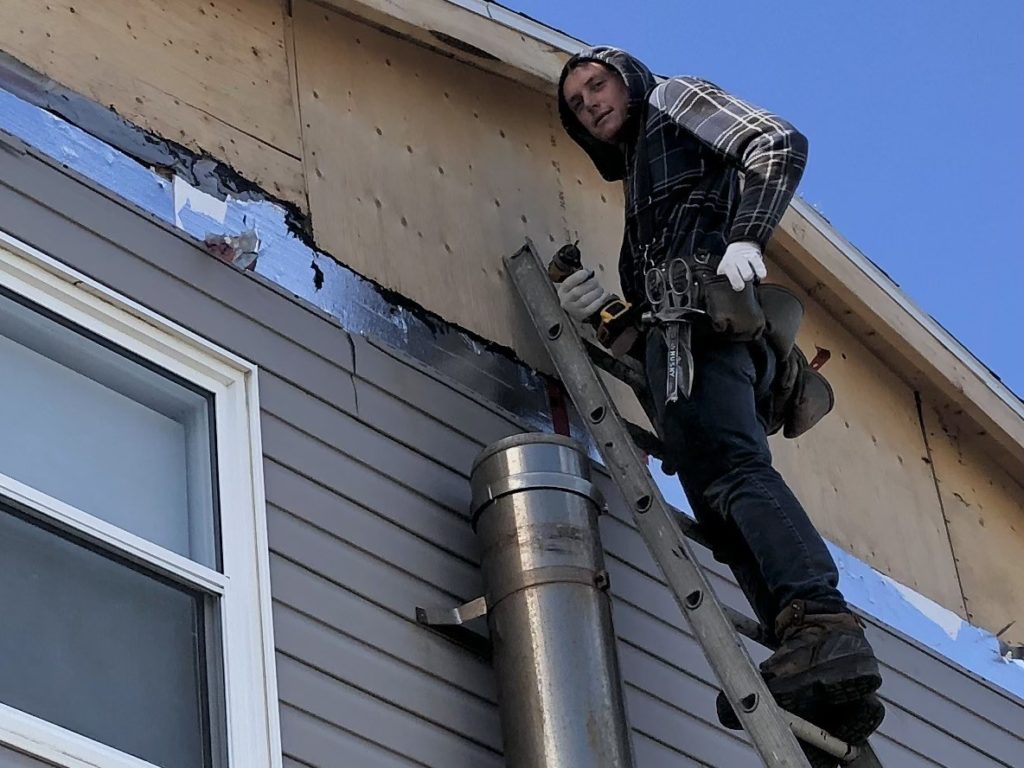 Parson, a senior, suffered a heart attack last April. “I was playing hockey in a senior’s league,” he said. “I stepped on the ice and collapsed. Fortunately, there was a paramedic in the arena who saved my life.”

A week later, Parson, a retired electrician and trucker, was in the hospital getting a triple bypass.

“Now I have to take it easy,” he said while puttering around in his garage. “I’m frustrated I can’t do anything.”

Parson was able to hire a company to replace his roof, which was blown off in the storm.

“I had to pay for it myself,” he said, noting it’s impossible to buy insurance in his neighbourhood, called New Aberdeen, a collection of old former mine-owned company houses.

“The insurance companies won’t provide it in my area. They decided it’s too risky.”

While the roof is back on Parson’s meticulously maintained two-storey house, there is still work that needs to be done on the fascia and siding.

That’s where Frank Guenther, a member of an Old Colony Mennonite church near Aylmer, Ontario was at work high up on a ladder.

Across the street, volunteers George Enns and Frank Klassen, also from the Old Colony church near Aylmer, were working on Gerald Fukala’s roof.

Before the hurricane, Fukala, a senior who has health issues, had three holes in his roof. “Now I have nine,” he said. “Fiona added a few more.”

For Hamm, who has been serving as a volunteer with MDS for 17 years, helping people like Parson and Fukala is the reason for his involvement.

“We’re here because we feel called to be the hands and feet of Jesus,” he said. “As Christians we want to show love of Christ to our neighbours. That’s what it’s all about.”

MDS plans to be in Cape Breton until mid-December; more volunteers are needed, especially roofers. People who want to volunteer can contact Clara Flores at [email protected] or 1-866-261-1274.