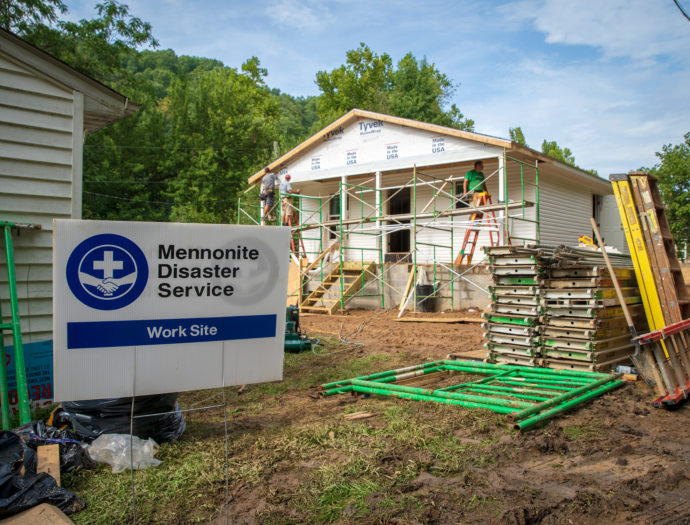 “I hoped and prayed the homes MDS had rebuilt on the island following the 2015 typhoon would survive,” he said.

They did. Built to the highest standards to withstand fierce winds, using hurricane straps and fasteners, the 47 homes rebuilt and repaired by MDS volunteers came through the storm with only minor damage.

“That’s mitigation!” exclaimed Grosh. “We want the people we help to be able to sleep at night knowing that their homes are built to withstand the next storm, flood, fire or earthquake that comes their way.”

As it turned out, it was also sturdy enough to withstand earthquake that struck the island earlier his year.

“When Puerto Rico was rocked by a 6.4-magnitude earthquake, this house stood with no damage, while many other concrete homes in that area sustained some damage or cracks,” he said.

Mitigation means lessening the impact of a disaster, or looking for ways to prevent it altogether.  This includes repairing or rebuilding homes so they can survive future disasters, or even moving them, as was done to homes in a flood plain in Bloomington, Texas, so they won’t be flooded again.

But it’s not only about the physical damage to homes, said Grosh. “We also want to mitigate the psychological trauma and loss of hope that people undergo when they experience repeat disasters,” he says.

Mitigation is also important for For donors who invest in MDS’s work, and for volunteers out in the field, Grosh added.

“MDS always tries to build back stronger and safer. When the next storm comes, we want the homes that we built or repaired to survive with little or no damage, so that we don’t need to repair those homes again.”

Although mitigation has been important to MDS for years, the organization is making it special priority in 2020 and beyond. Ways it plans to do that include:

Installing storm shelters. When MDS volunteers build new homes or repair damaged ones, they also install a storm shelter on the property of homeowners in high-risk areas.

“We purchase storm shelters from certified suppliers who meet the minimum criteria set by the Federal Emergency Management Agency and the National Storm Shelter Association,” said Grosh. “These shelters are installed on the properties of homeowners who want them as long as the property is not in a flood plain.”

“Not only do we meet the required levels, we seek to add one to two feet to that height,” said Grosh.  “This reduces the risk to the homeowner and usually reduces the cost of insurance as well.”

While some older homes can be elevated, MDS does not typically do that kind of work, he noted, relying on qualified contractors to elevate homes before doing the needed repairs.

“When a home cannot be elevated and there is not enough money to rebuild elsewhere, MDS might repair the home in consultation with the homeowner and local partners,” said Grosh.

Using wind-resistant construction. In areas of the U.S. at risk of tornados or hurricanes, MDS builds new homes designed to withstand 140-mph winds.

“While some people might think these homes are overbuilt, we believe that a few thousand dollars invested in upgrading the wind and water resistance of these homes is a worthwhile investment,” said Grosh. “This investment maximizes the lifespan of the building as a safe, sanitary and secure home for the homeowners.”

Employing fire-resistant methods. When homes are lost to wildfires, MDS builds back using fire resistant techniques: minimizing or eliminating exposed wood on the exterior of the home and using roof materials that are especially fire resistant.

For Kevin King, MDS executive director, efforts to lessen the impact of disasters for MDS clients, or prevent them altogether, is an important goal—especially in the face of climate change. “There will always be a ‘next disaster,’ ” said King, “and if we can lessen the impact, we go on to help that many more disaster survivors.” 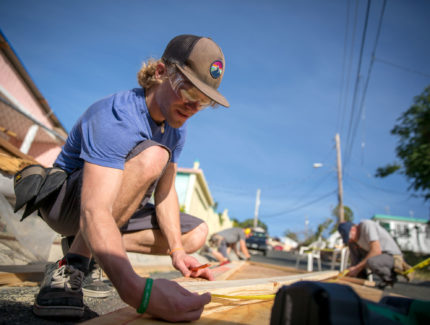 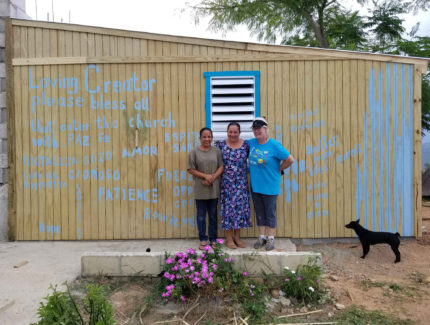