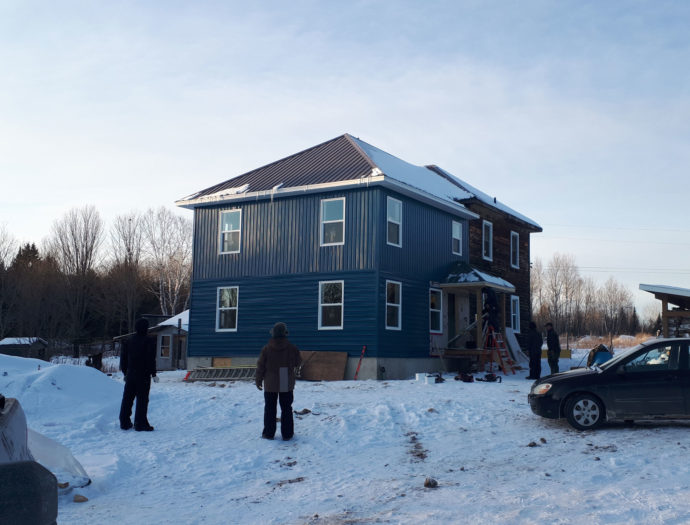 Mennonites and Catholics work together to help a family in Ontario

BARRY’S BAY, Ont. — A family separated by illness is being reunited through the joint efforts of the Mennonite Disaster Service (MDS) Ontario Unit and the Roman Catholic Knights of Columbus.

Through the project, Marc and Carole Jobin and their nine children will be able to live together in the same house.

The family was separated three years ago after their youngest child, Marie-Ange, suffered a brain injury at birth. 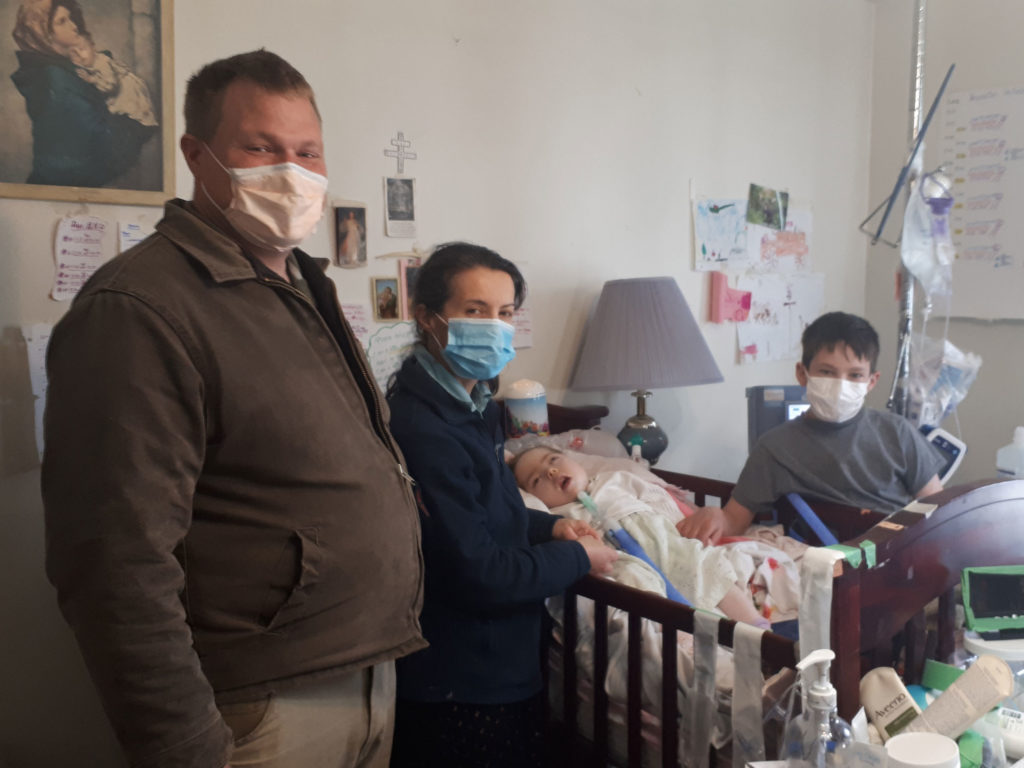 Until that time they lived together in a 100-year-old farmhouse near Barry’s Bay, where the family raises livestock and bees and grows vegetables.

Due to the injury, Marie-Ange requires a sterile and temperature-controlled living space—something not possible in a century-old house that uses a wood stove for heating.

“With a house that old, you get all the charms and the flaws,” said Marc, who works as a paramedic.

Since her birth, Carole and Marie-Ange—who requires around-the-clock care from her mother and health care workers—have been living in a rented house in town, about a 15-minute drive from the farm.

The situation causes stress since the children can’t see their mother or sister on a regular basis. It’s also an added expense for the one-salary family.

“We considered moving into town, but we don’t want to have to sell the farm,” said Marc. “We like living close to the land. It suits our lifestyle and helps us feel closer to God. Selling it would be heartbreaking.”

Dear, a Roman Catholic from Ottawa who is also a member of the Knights of Columbus, a Catholic fraternal service organization, was moved to help.

“During a prayer time last year, God told me now is the right time to bring this family together,” he said.

Dear contacted various levels of government and non-profit organizations looking for assistance. But he came up empty.

Then he remembered how MDS Canada had worked with Roman Catholics in 2019 in Westmeath, about an hour from Barry’s Bay, to help repair homes damaged by flooding. That included volunteers staying at the rectory belonging to Our Lady of Mount Carmel Roman Catholic Parish.

“This is a divine orchestration, bringing together MDS and the Knights of Columbus. God is a big God. He wanted us to work together. Together, we can make the world more beautiful for this family.”

— Myles Dear, Member of the Knights of Columbus

“I thought, ‘Why not ask the Mennonites if they can help?’” Dear said, adding he believes “God led me in that direction.”

He called a local Mennonite pastor, who suggested he call MDS Canada. MDS Canada contacted Nick Hamm of the Ontario Unit, who asked Osiah Horst to visit the Jobins.

“When I met the family, and saw their circumstances, there was no question about what we had to do,” said Horst. 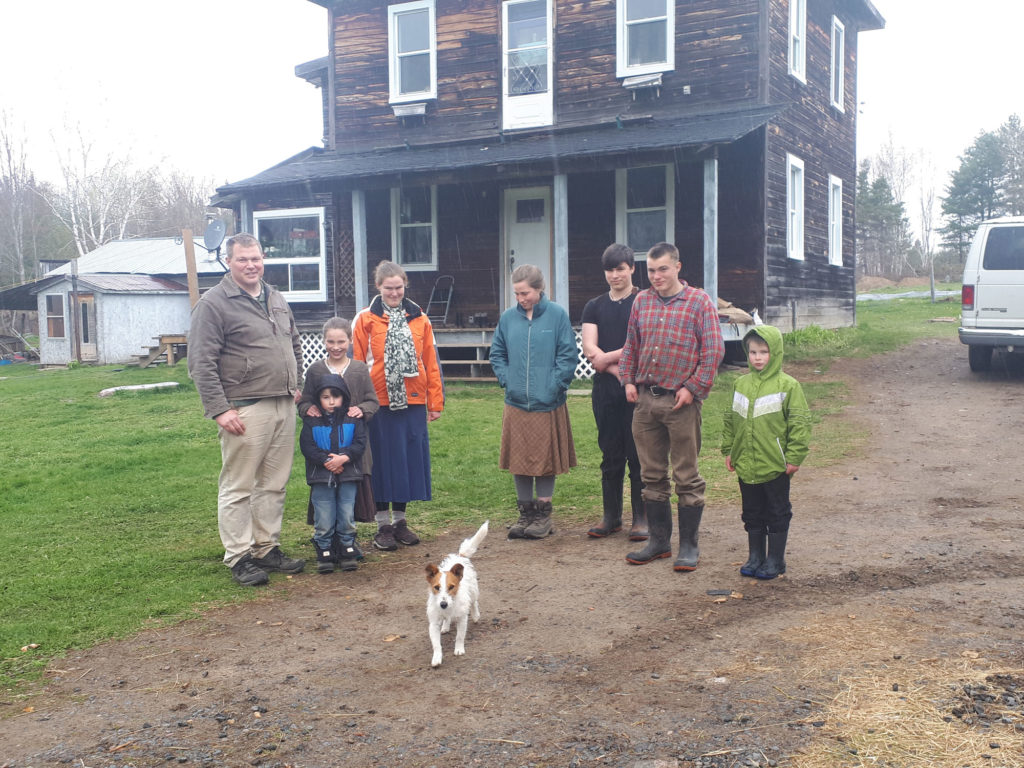 After considering the situation, the MDS Ontario Unit agreed to provide the labour to build an addition to the farmhouse where Marie-Ange could live.

Donald Macdonald, Grand Knight of the Knights of Columbus of the Saint Patrick Basilica Ottawa Council 485, is leading the $150,000 fundraising campaign for materials and subcontracts.

What makes fundraising easier is knowing MDS is involved in the project, MacDonald said.

“Due to the flood response project in 2019, there is a high level of trust between Mennonites and Catholics in the Ottawa Valley,” he said, adding about a third of the needed funds have come in to date.

As for Marc, he’s amazed by what is happening for his family.

“I don’t know where we’d be without this light at the end of the tunnel,” he said, noting the plan calls for the addition to be ready by March or April. “It will be great to have us all under the same roof.”

The project has also strengthened the Roman Catholic family’s faith.

“We really sense God’s hand in this,” he said.

“This is a divine orchestration, bringing together MDS and the Knights of Columbus,” he said. “God is a big God. He wanted us to work together. Together, we can make the world more beautiful for this family.”

People who want to volunteer with MDS to help build the addition to the Jobin house can contact Osiah Horst at 613-281-1525. Those who want to donate to MDS can click the button below and select Barry’s Bay.

People who want to donate through the Knights of Columbus, and get more information, can do so at Reunite special needs child & mother with family, Ottawa – Ontario | LIFEFUNDER. Note: There is no tax receipt via this method.