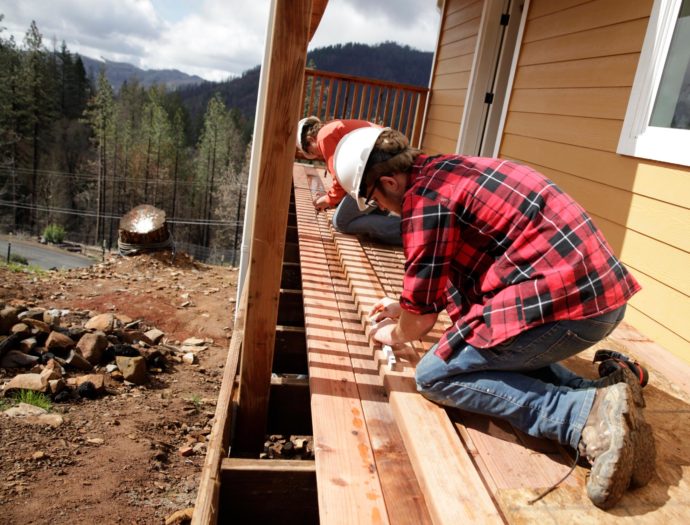 In light of news about unmarked graves of children at former residential schools in B.C., Saskatchewan and other parts of the Canada, the work of Mennonite Disaster Service (MDS) at the Mennonite Central Committee (MCC) Indigenous Neighbours office in Timmins, Ont. took on new resonance for volunteers.

The project to renovate and upgrade the office began in March and came to an end in mid-July—much later than planned due to pandemic travel restrictions in the province.

“Even before we knew about the graves, working here was reconciliation work,” said Nick Hamm, chair of MDS Ontario. “But now it is even more significant as we put our hope for being reconciled with Indigenous people into action.” 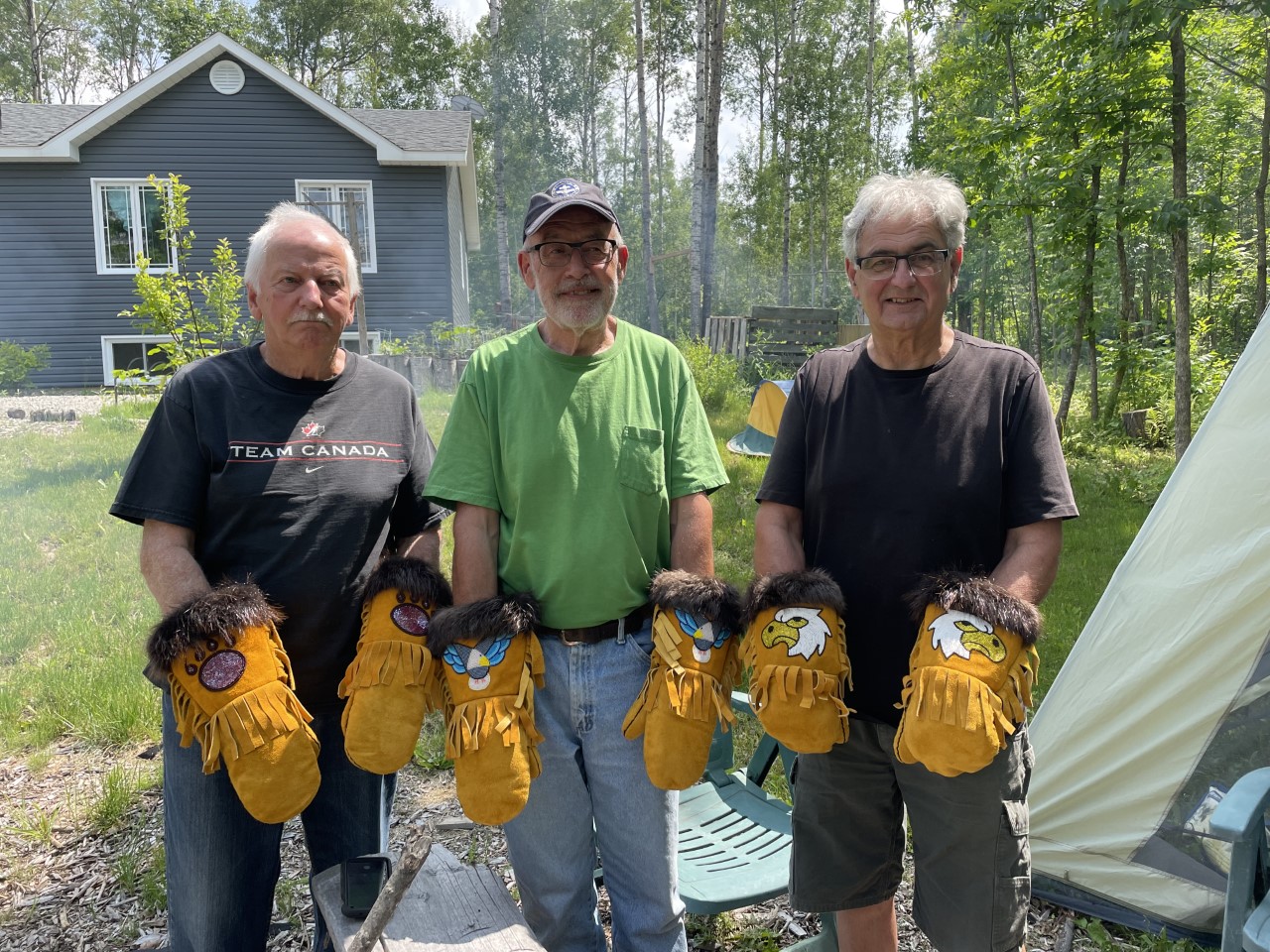 MDS volunteers Joe Bless, Nic Hamm and Dave Brubacher of Vineland, Ont. with the special mitts given them by the MCC Indigenous Neighbours program as a token of thanks for their work on the MCC office in Timmins.

Through the project, MDS volunteers from the Markham-Waterloo Mennonite conference and the Matheson Old Order Mennonites, both located near Timmins, along with some volunteers from southern Ontario, renovated and upgraded the 100-year-old office building recently purchased by MCC.

“Even before we knew about the graves, working here was reconciliation work. But now it is even more significant as we put our hope for being reconciled with Indigenous people into action.”

For Lyndsay Mollins Koene, who directs MCC’s Indigenous Neighbours program, the work of the volunteers “was incredible . . . the building is an extension of MCC’s work in providing access to clean water and livelihoods with Indigenous communities.”

Even though not everything was completed due to the challenges posed by the pandemic, the renovations will help MCC move ahead with its work. This includes connecting Indigenous and non-Indigenous people and enabling Indigenous artists to sell their crafts through the Niska Artisans program, the fair-trade program that seeks to educate people about the unique cultures in Ontario’s far north.

This is the second time MDS and MCC have worked together to help promote reconciliation with Indigenous people. The first time was in 2019 when the two organizations partnered with the Six Nations Woodland Cultural Centre in Brantford, Ont. for its Save the Evidence Campaign at the Mohawk Institute Residential School.

MCC is still accepting donations for materials and other special contract work at its office in Timmins. People who would like to donate to MCC for the project can do so here or by mailing a cheque to MCC, 203-50 Kent Avenue, Kitchener ON, N2G 3R1. (Note it is for the Timmins renovation project).

MCC’s Indigenous Neighbours Program is located on the traditional territory of the Mattagami First Nation.