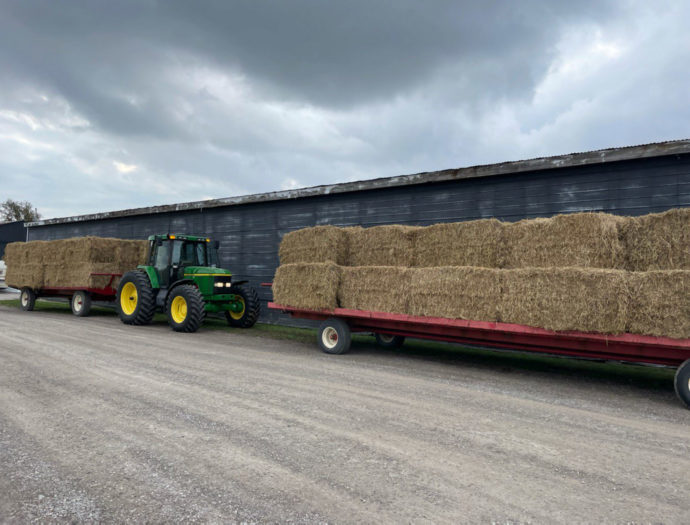 Hay bales being loaded in Ontario for transportation to farmers in Saskatchewan through Hay West.

Nine years ago, farmers in Saskatchewan sent hay to drought-stricken livestock producers in Ontario through Mennonite Disaster Service (MDS) Canada. Now farmers in Ontario are preparing to repay their generosity the same way.

“Farmers in Saskatchewan are really challenged this year, due to heat and drought,” said Nick Hamm, chair of MDS in Ontario. “For them, the weather this year is a disaster.”

In 2012, farmers in that province sent hay to farmers in Ontario struggling with drought through an MDS project called Hay East.

“They helped us when we needed it,” said Hamm. “Now it’s our turn to return the favour.”

Through Hay West, MDS hopes to send 50 truckloads of donated hay to Saskatchewan this fall. Ontario trucking companies are being asked to transport the hay for free or at reduced costs. The first two trucks are scheduled to arrive in Saskatchewan by Friday this week. 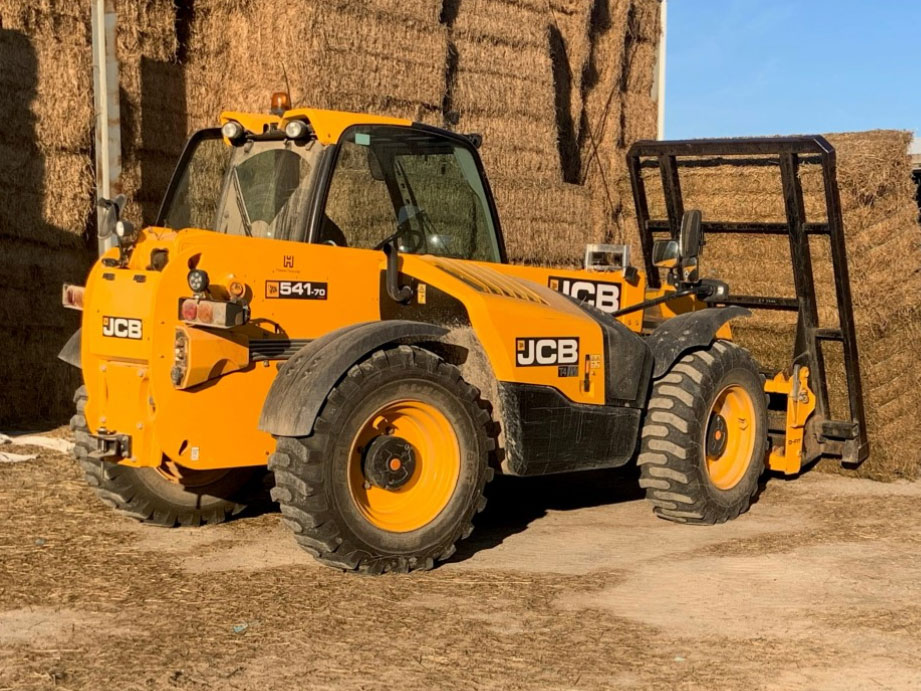 Hay bales being loaded in Ontario for transportation to farmers in Saskatchewan through Hay West.

“That is what hay used to cost before the drought,” said Henry Schmitt, Chair of MDS in Saskatchewan.

“Now, with the shortage, it’s going for up to 20 cents a pound. That’s way too expensive for smaller farmers, who lack the resources to pay that much for hay.”

If the farmers can’t get hay, they may have to sell off their cattle, he said, adding “That would severely endanger their livelihoods as farmers.”

“Farmers in Saskatchewan are really challenged this year, due to heat and drought. For them, the weather this year is a disaster.”

Funds collected by the sale of the hay will be used to offset any transportation costs, Schmitt added, together with donations.

Ike Epp helped organize the delivery of about 50 truckloads of hay from Saskatchewan to Ontario in 2012. For him it is encouraging to see farmers in that province giving back.

“They have excess hay while livestock producers here are really scrambling,” said the retired farmer. “Through MDS we can help each other try to get through this challenging time. It’s how we work together.”

Non-farmers are also welcome to participate in the project by making a charitable donation towards the cost of transportation. (Select Hay West 2021 from the drop-down menu.) Donations can also be mailed to MDS, 200-600 Shaftesbury Blvd., Winnipeg, MB R3P 2J1. Note Hay West 2021 on the cheque.

More donations of hay are also welcome. Farmers who want to donate hay can take it to Marhaven Agri Services in Alma, Ont. (7715 Wellington, Hwy. 8) or call 519-584-4171 for more information. Transportation to Saskatchewan will be arranged from there.

Farmers who want to receive hay can download and email an application form or call 306-716-5909 for more information.