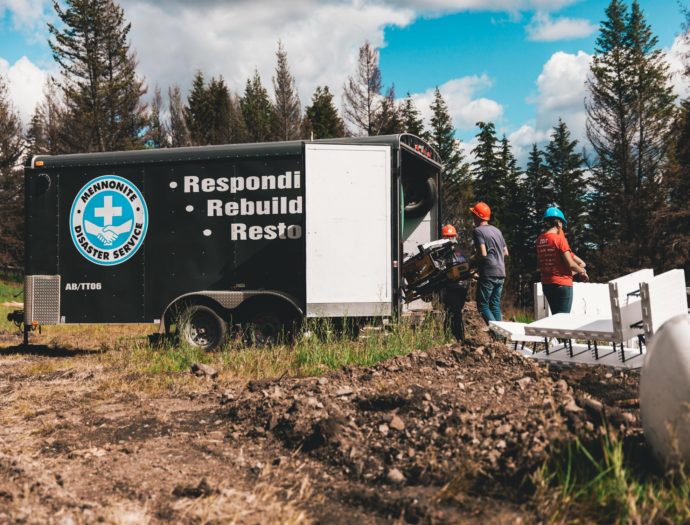 Doves, service by MDS volunteers “a sign of hope from God”

When Bonnie Lapointe saw the damage caused by the severe windstorm that struck her Ontario home on September 7, she cried.

“I had never seen anything like that,” she said of all the felled trees that littered her small acreage near Kingsbridge along the shores of Lake Huron. “Some of those trees were over 200 years old.”

Bonnie and her husband, Dan, were at work when the storm—with winds up to 100 kilometres/60 miles an hour—hit the area.

Fortunately, their house was undamaged. But their yard was littered with tree limbs and branches. 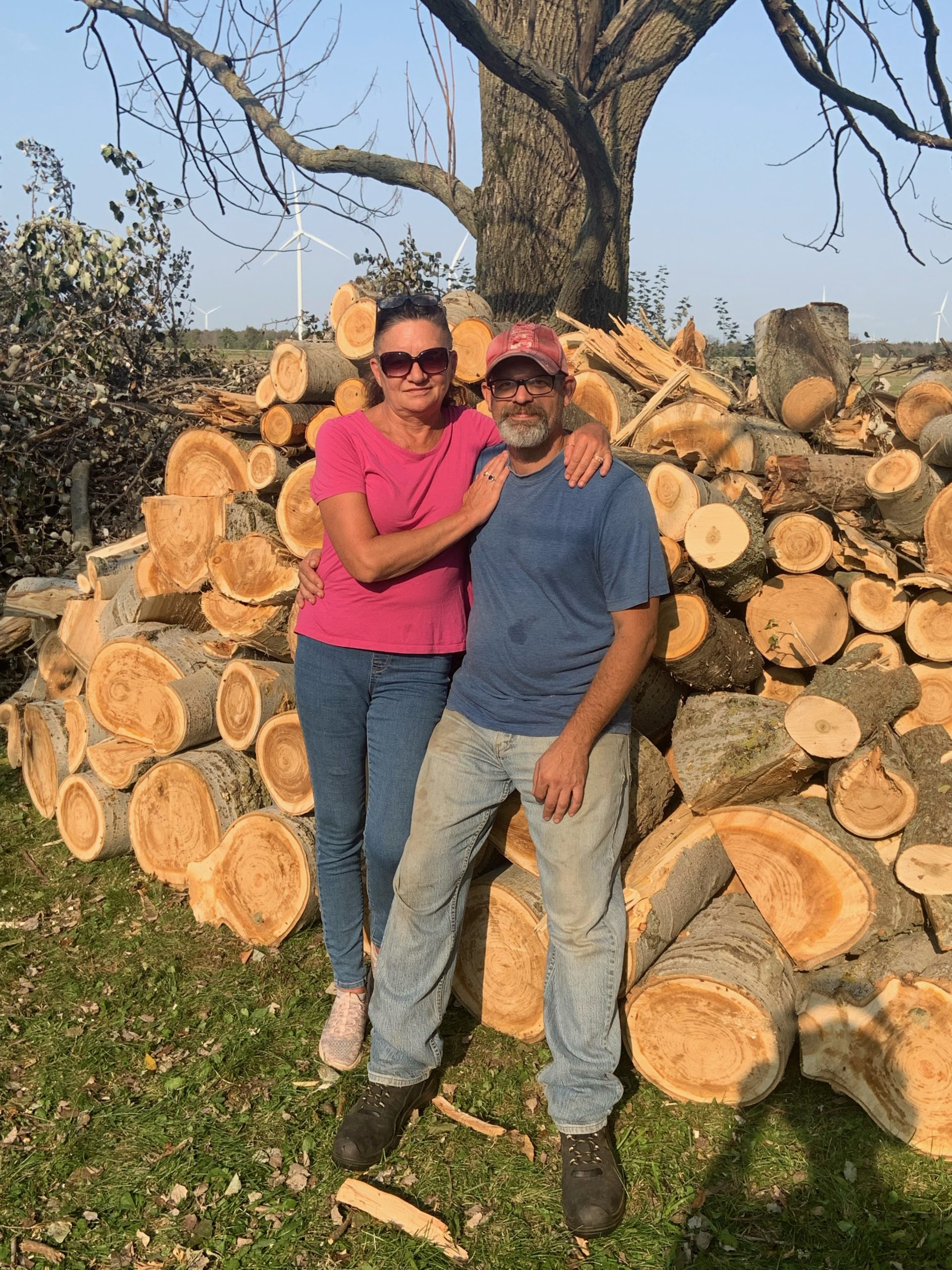 For the couple, with no family in the area, it was overwhelming—they didn’t know where to start with the clean-up. Then they heard from Mennonite Disaster Service (MDS).

A few days after the storm, Lester Weber and Keith Snyder of the MDS Ontario unit went to the area to see if the organization could offer any help.

“We toured the area, seeing damage all along the way, but most of the cleanup was well underway,” he said.

But they found one house—the Lapointe’s—with lots of trees down and no clean-up being done.

“We stopped in, but found no one home,” he said. “The neighbours said they were at work. We left a card in the door, with a note saying call us if you need help.”

The two were only halfway home when Bonnie called.

“When I got home from work and found the card, I started crying again,” said Bonnie, who works at the Walmart in nearby Goderich. “And when I called Lester, I cried once more.”

“I had never seen anything like that,” she said of all the felled trees that littered her small acreage near Kingsbridge along the shores of Lake Huron. “Some of those trees were over 200 years old.”

The next day eight volunteers from the Markham-Waterloo Mennonite Conference showed up to clear the fallen trees and remove the debris.

“There were lots of big trees, and tall trees with snags,” said Lester. “We rented a lift to safely remove them.”

For Bonnie, it was an incredible experience.

“I couldn’t believe it,” she said, noting she had never heard of MDS before. “By the end of the day they had removed almost all the trees. It was a big job.”

Today the couple feels more settled, although they still are saddened by the loss of so many trees.

“I don’t like looking out my kitchen window anymore,” Bonnie said of the emptiness she sees with so many trees gone.

One of the first things she looked for after the storm was a family of doves that nests beside the house.

“I thought for sure they were killed or left because of the storm,” she said. “I was heartbroken, so afraid they’d be gone.”

But the babies and parents, which have nested there for years, were still there.

For Bonnie, it was a sign of hope from God that if the doves made it, she and Dan would make it, too.

“When I see the doves, it reminds me why I believe in God,” she said, adding that when she thinks of the help from MDS, “that’s a sign of hope from God, too.”