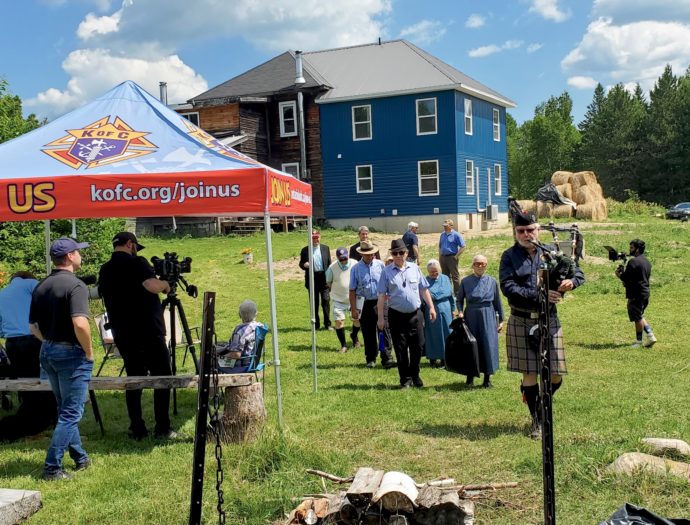 Ontario family brought together “under one roof” by MDS, Knights of Columbus

Bagpiper Donald Mcdonald leads the procession of representatives from MDS and the Knights of Columbus to the dedication for the new addition for the Jobin family in Barry’s Bay, Ont.

Led by a bagpiper, representatives from the Mennonite Disaster Service (MDS) Ontario Unit and the Catholic Knights of Columbus were piped into a dedication ceremony on July 16 for a new addition on the home of Marc and Carole Jobin in Barry’s Bay, Ont.

The house addition, built jointly by volunteers from MDS with support from Knights of Columbus councils at Ottawa’s Saint Patrick Basilica and Barry’s Bay, was completed earlier this year.

The new addition to the Jobin family farmhouse.

It allows the Jobin family—Marc, Carole and their nine children, including Marie-Ange—to live together in the same house.

The family was separated in 2019 after Marie-Ange suffered a brain injury at birth. Due to the injury, she requires a sterile and temperature-controlled living space, something not possible in the family’s century-old house farmhouse.

Since her birth, Marie-Ange and her mother had been living in a rented house about a 15-minute drive from the farm, where the environment could be better controlled.

The situation was stressful since the children couldn’t see their mother or sister on a regular basis. It was also an added expense for the one-salary family.

But all that ended with the completion of the addition in June, which re-united the family in a project called “Under One Roof.”

For Osiah Horst of the MDS Ontario Unit, “it was a good dedication day, super weather and a lot of love was shown and shared.”

Harvey Martin (l) of the MDS Ontario Unit speaking at the dedication event. Marc and Carole Jobin on the right.

MDS volunteer Harvey Martin, who also served as construction manager for the project, said working on the addition with the family strengthened his faith.

“I never had a day on the project when I had to wonder if I was doing the right thing by helping the family,” he said.

Added Donald Macdonald, Grand Knight of the Saint Patrick Basilica: “I felt this was certainly God’s will to get our two groups to work together in faith, hope and charity for a family needing help to reunite under one roof.”

“My heart was full and my faith strengthened by the witness of this family and the good people who helped make their dream come true,” said Macdonald, who also played the bagpipes at the event.

“My brother Knights came away from the event with a deeper love for the Mennonite Community and greater respect for the MDS than they could ever have imagined before,” he added.

Lovina Horst and Melinda Martin present a quilt to the Jobin family.

The Jobin family received a quilt from MDS, made by women from the Beachburg, Ont. Mennonite Church, part of the Markham-Waterloo Conference, along with The Hammer Rings Hope, a book about MDS.

In response, Carole Jobin thanked members of the two groups for their help, sharing it was her faith in God that gave her strength to deal with the heavy load of caring for her daughter, and be separated from her family, the past three years.

The Jobin family gave MDS a painting of a bridge to symbolize the “bridge of hope” that had been built between the family, MDS and the Knights of Columbus through the project. 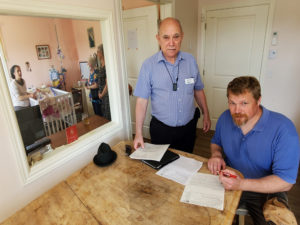 Marc Jobin signing off the MDS job card, with Harvey Martin, construction supervisor. In the background is Marie-Ange in her new room.

In making the presentation, she noted it was God that brought all three together in “an act of love.”

John Longhurst, MDS Canada Communications, with reports by Nick Hamm of the MDS Ontario Unit and the Donald Macdonald of the Knights of Columbus. The Knights of Columbus are still accepting donations for the project. They can be sent by etransfer to  [email protected] Please note it is for the Jobin fund. Note: There is no tax receipt for these donations. 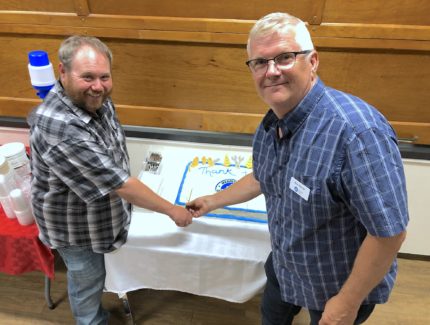 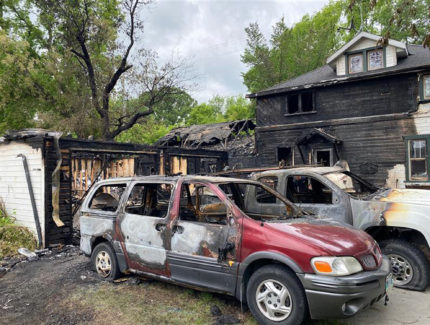 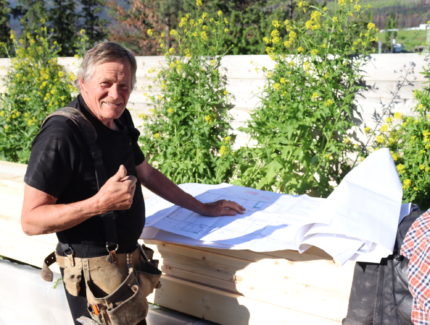