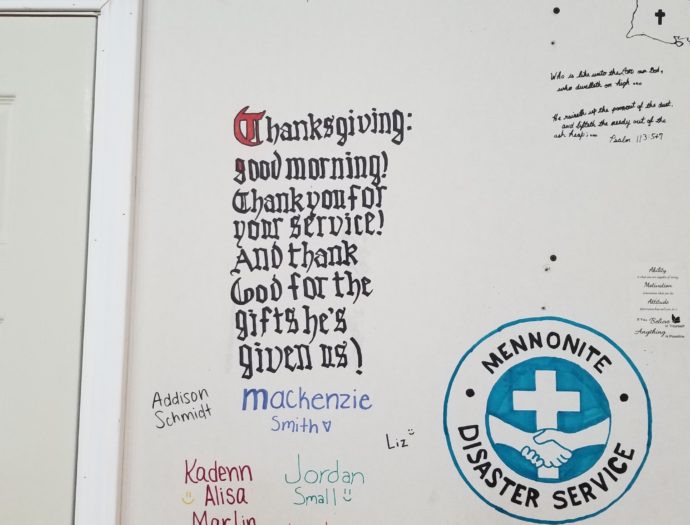 Writings on the wall

How would I describe my visit to Jennings, Louisiana?  In a word, enlightening.

First, the generosity of the Jennings Church of Christ was amazing. When MDS was first looking for a site to set up a base camp, that church seemed to be a good option. But it was a little far from Lake Charles, where most of the rebuilding was expected to take place.

So while MDS kept praying about a closer location, the Jennings Church of Christ kept praying that MDS wouldn’t find anything close to Lake Charles but would settle with them in Jennings!

It was a very accommodating host. MDS pretty well took over the church’s large gymnasium, building a set of four, ceiling-less dormitory rooms off to one side and creating an office space and laundry area as well.

For months after MDS volunteers first arrived, the church provided, prepared, and served all the meals — an outstanding undertaking! Even after that arrangement ceased, the church people brought dessert every evening, cookies for lunches twice a week, and the entire meal on Wednesdays! It was an excellent opportunity for the volunteers to sample genuine Cajun cuisine.

Having suffered water damage in their gymnasium, and tearing off the finished interior lower portion of the wall, the church had a plan for preserving the memory of MDS’s stint in Jennings. Pastor Roy Platt encouraged volunteers to write a remembrance on the sheet-rock dormitory walls. In fact, he said, “It’s a sin NOT to write on the walls.”

After MDS has moved out, the church will use the sheetrock with all its writings to refinish their gymnasium walls.

Space would fail me to describe the symbiotic relationship between live oaks and resurrection ferns, the crop rotation method for rice and crawfish, the French surnames in Louisiana—so similar to many in my home region of northern New York—the  graves opened by flood waters, the houses on stilts that escaped the flooding but not the winds, the porous nature of much of southern Louisiana’s landscape, the RVs parked where a house once stood, and the new “hurricane-proof” buildings being built.

Yes, it was enlightening. 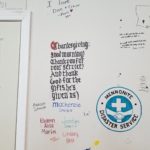 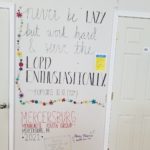 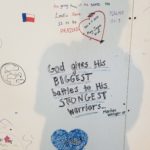 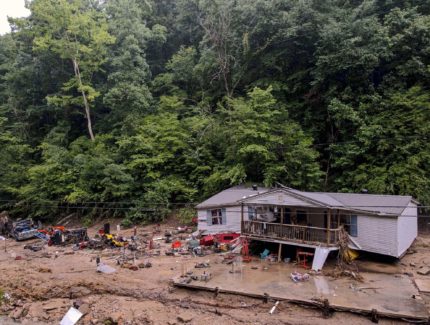 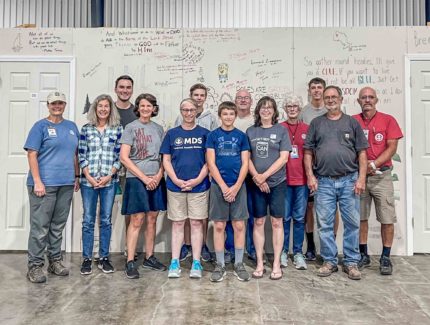 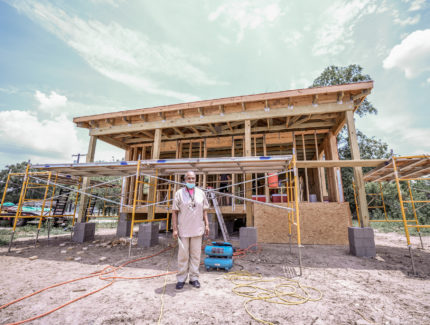