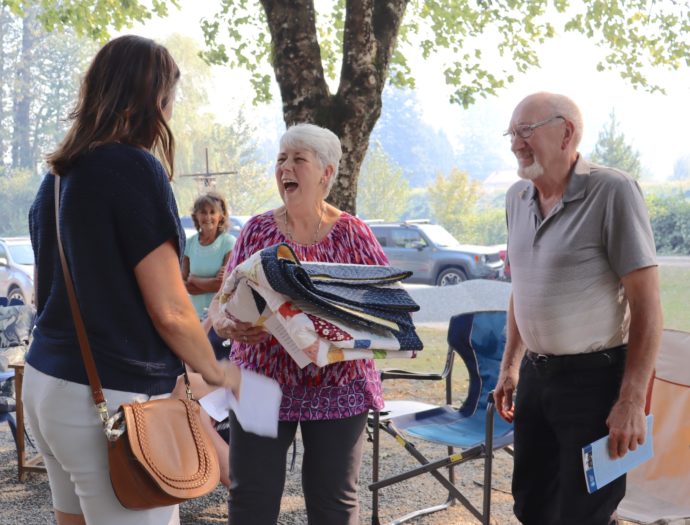 When the bridge across the Sumas drainage canal was washed away, Al and Dorothy Balzer knew they were in trouble.

The older couple, who live on property beside the canal in B.C.’s Fraser Valley, had watched the water rise in mid-November 2021 following unprecedented rainfall over a period of a couple days.

Along with the bridge, the dike along the river broke, filling their riverside house with water.

“We waited a couple days to be rescued by boat,” said Dorothy, 72, noting the area was “a massive lake.”

It was a “funny feeling” leaving their house this way with a suitcase and some valuables, clothes, passports and medicines, she said.

It was also sad. “We were heading into the unknown,” she added.

Along with thousands of others, they were taken to nearby Chilliwack for safety before going to live with their daughter and her family in Langley, B.C. for four and half months.

It didn’t help that Al, 76, got sick soon after the water receded—they think he picked up an infection from mucking out his soggy house. He was in the hospital for eight days. 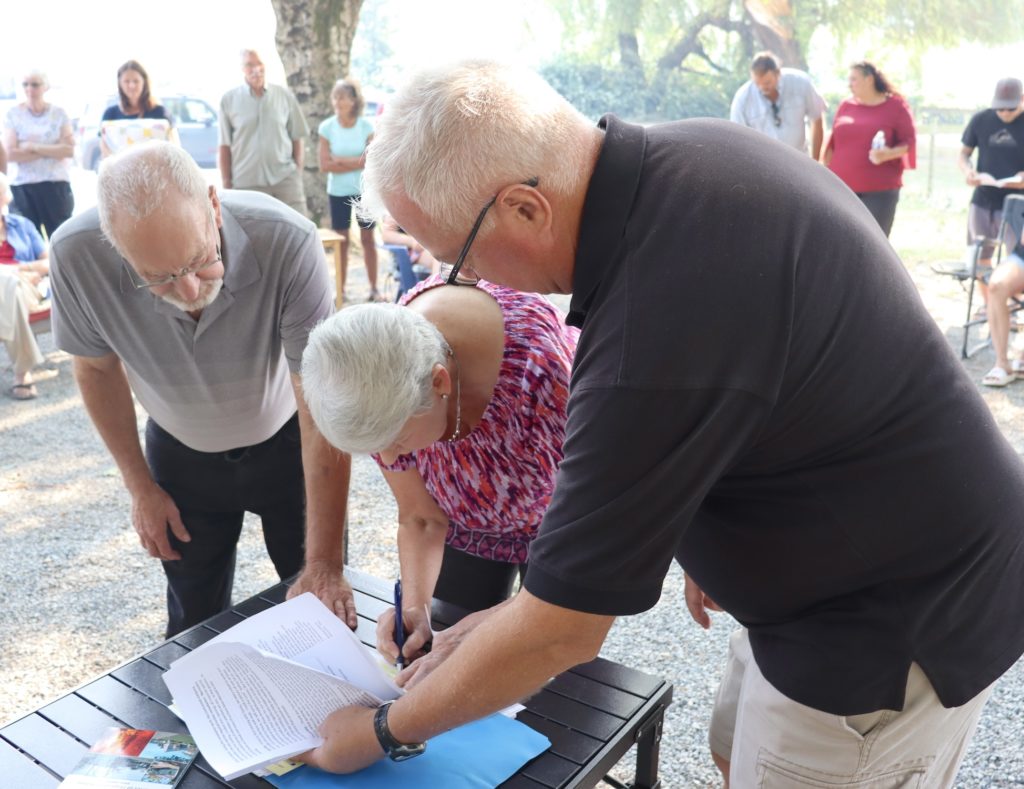 Al and Dorothy Balzer sign the job card with Mark Rempel of the MDS B.C. Unit.

When Mark Rempel of the Mennonite Disaster Service (MDS) B.C. Unit said he could help repair their house, “we were overwhelmed,” Dorothy said. “It gave us courage to look ahead.”

She wiped her eyes as she spoke. “It brings tears to my eyes when I think about it,” she said. “The volunteers became our friends.”

“We never would have believed we would need help from MDS,” said Al, noting they grew up in a Mennonite church but are attending a Baptist church now.

“It’s so amazing people came to help us.”

At a home dedication on September 10, the couple signed the job card to indicate MDS’s work was finished.

“I’m so emotional,” Al said. “We never could have done this alone. MDS did an awesome job.”

“MDS brought us from disaster to a house that is better than before,” added Dorothy.