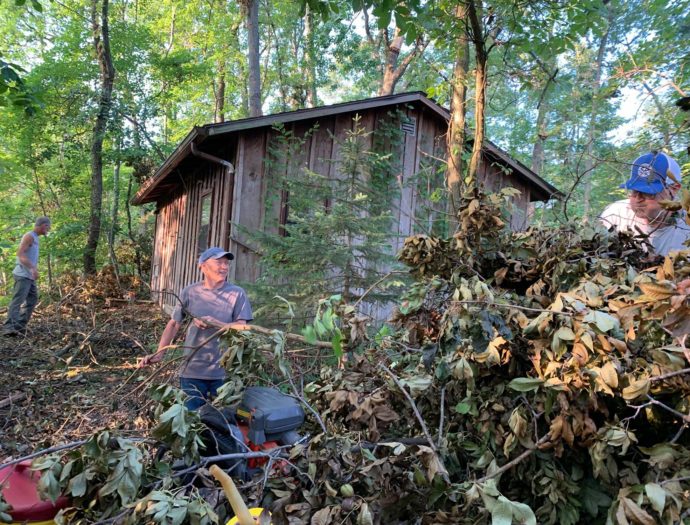 Volunteers at Amigo Centre grow a spirit of thanksgiving

After volunteering for Mennonite Disaster Service (MDS) for nearly 17 years, this year Cheryl Mast is thankful to be on the receiving end.

Mast coordinates outdoor education programs for the 360-acre Amigo Centre in southern Michigan, which offers retreats, camping and children’s ministries with the mission of connecting people to God, creation and each other. 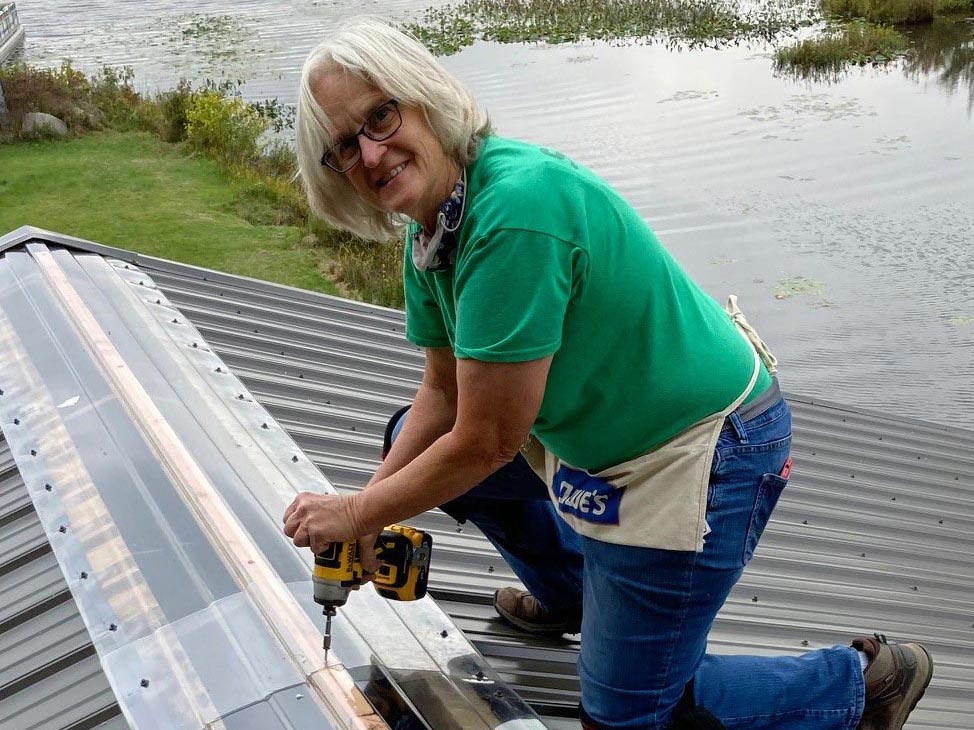 On August 12, in the pre-dawn hours, straight-line winds pummeled the area and the Amigo Centre lost hundreds of trees. Two cabins were destroyed, other buildings were damaged, and the beautiful trails were impassable.

When dawn broke, Mast was able to see the damage.

“I was just sickened by what I saw,” she recalled. It looked like the Amigo Centre’s fall programs would have to be canceled.

But then local MDS volunteers showed up.

“The storm happened on a Thursday, and by Saturday a crew of 34 volunteers just opened up things in huge ways as far as our trails were concerned,” said Mast.

Along with volunteers, MDS brought the heavy equipment needed to safely remove the trees.

“We’ve had more than 200 different volunteers, and some of them have helped eight or nine times already.”

Mast still recalls her own early days of volunteering for MDS, typically done during the week of Thanksgiving in the United States.

“When my mom passed away in 2004, I decided my response to my own personal storm was to get involved with MDS and serve post-Hurricane Katrina,” she said. “Since that time, I’ve volunteered almost annually for MDS. I’ve really enjoyed connecting with various homeowners we’ve worked with over the years.”

This year, Mast is thankful for the MDS volunteers who continue to help at Amigo Centre.

“It’s fun to see kids who have been at summer camp be a part of the cleanup,” she said, adding, “I’m used to being the one who serves—and not the recipient!”

With many trees are still down, “every little bit of help has been a huge gift to us,” said Mast, adding “In a way, this storm seems like it has created lots of opportunities.”

As she works alongside volunteers, Mast said she can see an environment where people can come, work and be back at camp.

“My prayer is that this creates a lot of opportunities for renewed relationships,” she said. “The buzz of conversation among volunteers carries me and encourages me.”

It’s more than tree removal and repairing buildings, Mast said. “It’s reconnecting with each other. When we’re isolated by COVID or by political kinds of things, it breeds more division.

“When we see each other face-to-face, we realize we’re human.”

Story by Susan Kim and Photos courtesy of Amigo Centre. 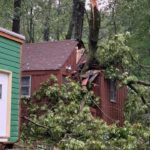 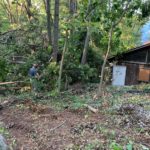