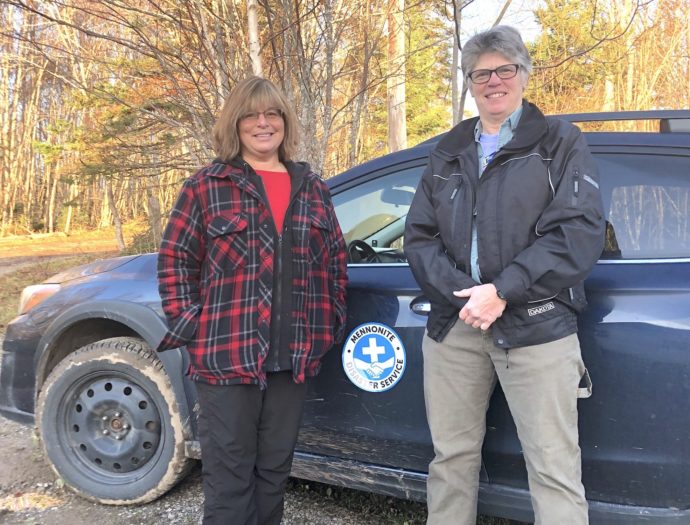 Volunteers are the “Thelma and Louise” of MDS in Cape Breton

Melissa Jaeger and Jan Joyce with their mobile command centre

“It” is Jan Joyce’s 2019 Subaru Crosstrek, a moving office that enabled her and Melissa Jaeger to log about 1,000 kilometres/600 miles in Glace Bay, Cape Breton Island visiting people impacted by Hurricane Fiona.

The hurricane, which struck the province of Nova Scotia September 24, had winds of up to 140 kilometres/86 miles per hour. It blew down thousands of trees and damaged the roofs and sidings on many houses.

The two women, both from Ontario—Joyce is from Manitoulin Island, Jaeger is from Oshawa—had never met before they volunteered with MDS. But they became quite a team, sharing friendship, stories and laughter while meeting homeowners who needed assistance. 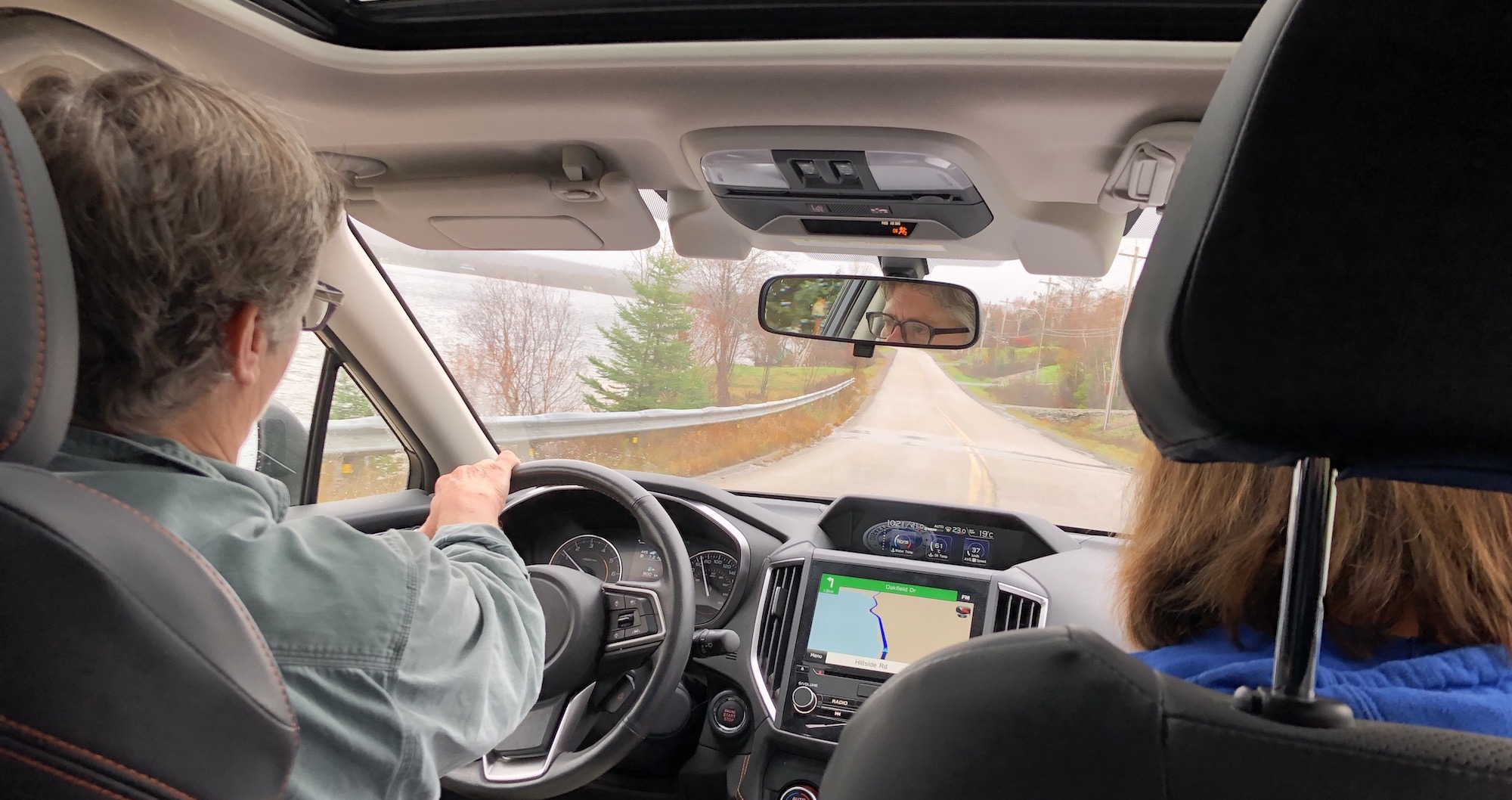 Jan and Melissa inside the mobile command centre

“We joked we are the Thelma and Louise of MDS,” said Joyce, referencing the movie of the same name.

“But not with the same ending!” added Jaeger, with a laugh.

The list of people they visited came from the local regional municipality, which received the requests for assistance via its 311 line. They were then passed on to MDS.

After that the list was reviewed by Joyce, serving as crew leader, and Jaeger, her assistant, together with Project Director Nick Hamm, also from Ontario. Together they selected the most vulnerable for MDS’s help—seniors, people with health or mobility issues, and those with limited resources.

Upon arrival at a home, the women immediately ruled out working on any trees that had fallen on roofs or wires; it’s too dangerous for volunteers.

“We don’t want to endanger anyone, or cause further damage to a structure,” said Joyce, noting those jobs were referred to an arborist hired by the municipality. “We can always come back to cut up the felled trees later.”

When MDS could do the work, homeowners were overjoyed. That’s how Edith Cerovich felt when told MDS would deal with trees in her backyard.

“I’ve been waiting so long,” she said, with tears in her eyes.

For three days after the storm, she couldn’t bear to go into her backyard.

“All those memories are gone,” she said of the fallen trees. “It doesn’t look like home anymore.”

She was concerned about two trees that had been weakened by the storm and were leaning on each other; she worried they could come crashing down and hurt someone. 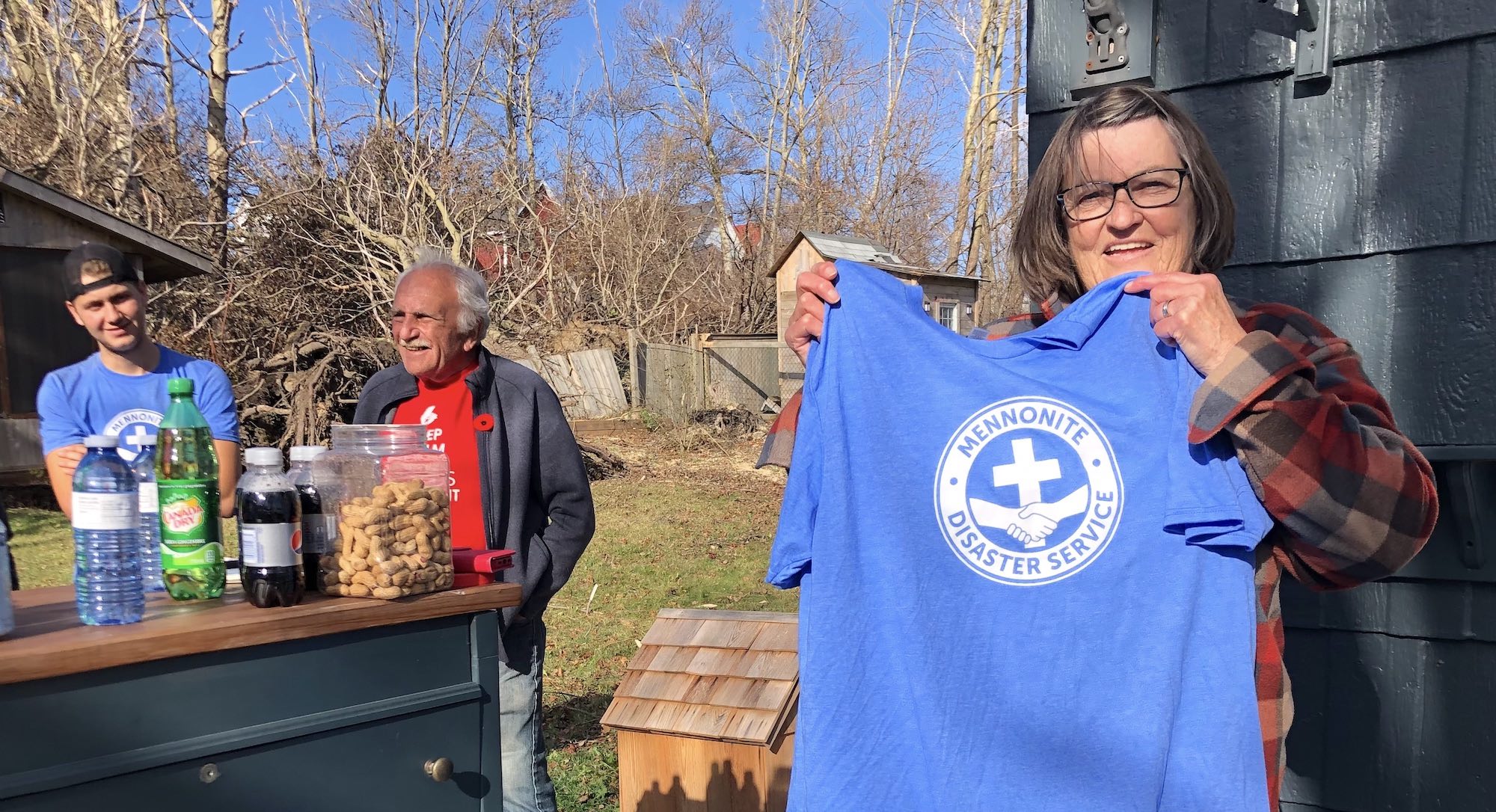 “People like Edith are so grateful to see us and know their yards will finally be cleaned up,” said Jaeger, who was serving with MDS for the first time. “It really lifted their spirits when we said we could help.”

But after hearing the good news, the next question is almost always the same: How much will it cost?

“We told them nothing, there’s no cost,” said Joyce. “They can hardly believe it when we say that,” added Jaeger.

A day later, volunteers came to cut down the weakened trees and haul them to the curb for pick-up by the municipality.

“They’ve done a great job,” said Joyce, who has served with MDS nine times. “They have cut up and removed hundreds of trees. They’ve worked really hard.”

As for their role as organizers, “we’re just doing our small part,” she said. “We want to keep the volunteers busy and give them meaningful work to do.”

“It’s been a great experience working with Jan and doing my bit to make a difference here in Glace Bay,” added Jaeger.

And then it was back into the car and off to another home to see how MDS could help.

MDS needs more volunteers to do roofing in Cape Breton through to mid-December. To volunteer, contact Clara Flores at [email protected] or call 1-866-261-1274.