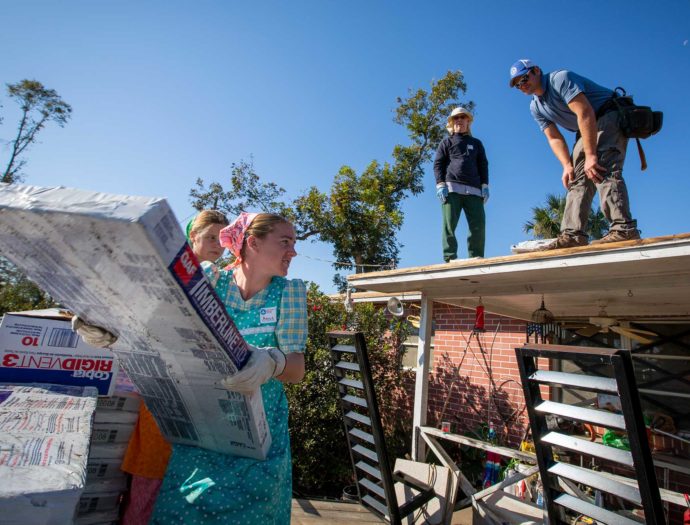 “This is a chance at life”

Jeffery Moseley is a patient man.

As the resident of Marianna, Fla. watched Mennonite Disaster Service (MDS) close the doors on his half-built home in December because of a spike in COVID-19 cases, he knew the volunteers would be back.

“COVID has kind of slowed things down,” said Moseley, who has been waiting since 2018 for a new home for his family.

Having waited that long, he believes he can wait a few more months.

Two years ago, when Hurricane Michael slammed into the Florida Panhandle as a Category 4 storm, it caused massive damage. In the small city of Marianna, the house Moseley lived in with his wife and three children was so badly damaged that it had to be demolished.

“After the hurricane, it was falling apart in a pretty bad way,” he said, “and so much water had come in that it was gushing out of the carpets.”

He began to assess his savings for a new house, and attempted to get a loan.

“I didn’t have a credit history,” he said. “I had to go get a couple of credit cards. I’ve never had a mortgage payment or a car payment. I’ve always paid cash for everything. I’ve spent most of my life avoiding large sums of debt.”

The family was stuck in a difficult spot, and Moseley began working with the North Florida Long-Term Recovery Committee. By October 2020, MDS volunteers were working on the family’s new home, with materials supplied from grants from the Center for Disaster Philanthropy and the American Red Cross.

Moseley, who services and repairs heavy equipment for a living, said he has always worked hard. “It’s difficult to accept that they’re actually building a house for us,” he said. “Sometimes it just seems like it’s still not real.”

But as he meets and talks with volunteers, he said he’s realizing that his home is not a facade: “This is a chance at life,” he said. 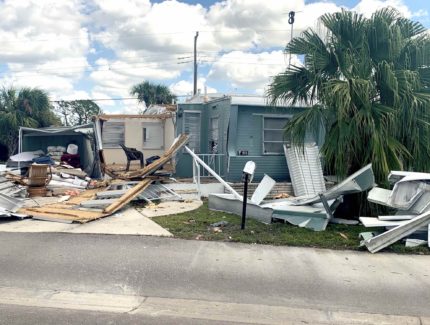