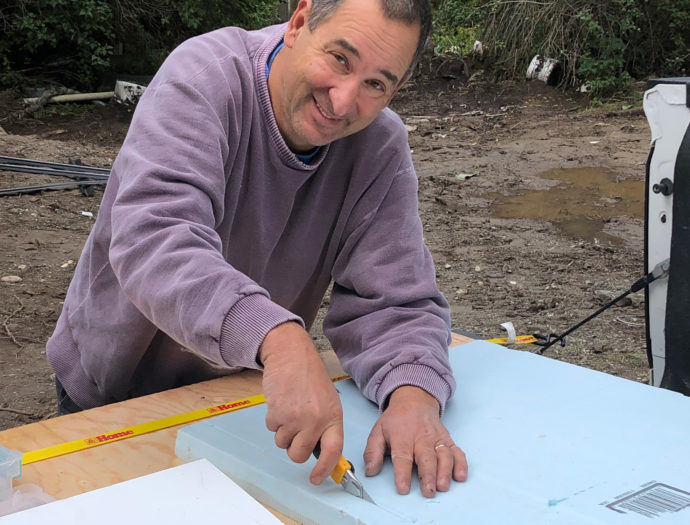 Opportunity To Serve God And Love Our Neighbours

For some people, doing service means going far away—maybe to Mexico or Africa on a service trip with their church.

But for Mike and Sheila Davis of Trail, B.C, this past summer it meant driving just over an hour away to help people affected by 2018 flooding in Grand Forks.

The retired couple volunteered for two weeks with Mennonite Disaster Service, which was responding to needs in Grand Forks severe flooding in 2018 forced over 2,800 people from their homes.

Prior to doing MDS service, the Davis’ went to Grand Forks with Samaritan’s Purse to help with clean up.

While there, they were impacted by the devastation in the community—so many people were forced out of their homes.

When they heard MDS was going to help with rebuilding, they decided to go back and aid in the community’s recover.

While there with MDS, they did carpentry, drywall, painting and more. But they quickly realized their efforts were about more than fixing houses.

“Our being there brought hope to people that experienced a natural disaster,” says Mike, retired from the mining industry.

“It is so much more than just rebuilding a home. It was restoring hope.”

Adds Sheila, a retired teacher: “It was an opportunity to serve them and help restore their lives, spending time with them, listening to their stories and getting to know them.”

They saw that hope in people’s eyes as their house was restored.

“We could see people begin to dream and plan again,” she says of times spent talking with clients. “Their house was once again becoming their home.”

“MDS was a way for us to show Jesus’ love to others. We saw how that love in action can change lives.”

For both, it was also a way to put their faith into action.

“MDS was a way for us to show Jesus’ love to others,” says Sheila. “We saw how that love in action can change lives.”

Would they recommend serving with MDS to others? The answer is an enthusiastic yes.

“Not only is it a great opportunity to give hope to those experiencing a traumatic event, but your world is broadened as you meet other volunteers and make new friends from across North America,” says Mike.

“You get to know the clients, and you have the privilege of them allowing you into their experiences,” says Sheila, adding “you also learn new building skills.”

On that point, Sheila notes that MDS welcomes anyone—even if, like her, they have no construction skills.

“That’s not a problem,” she shares. “The crew leaders teach us what we need to do. They’re good at teaching.”

In November, the couple decided to go a bit further to serve—to Ukiah, California, where MDS is rebuilding houses destroyed by wildfires.

But they still have warm memories of Grand Forks.

“It was such a feeling of community as I walked along the streets of the city,” says Sheila. “I knew people by name. I can call them my friends and neighbours.”

Service with MDS “gave us an opportunity to serve God and show love our neighbours,” adds Mike. “We are very thankful for that. We had the time of our lives.” 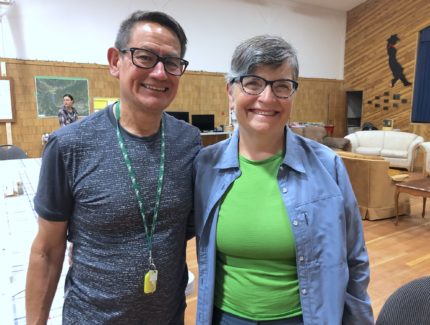 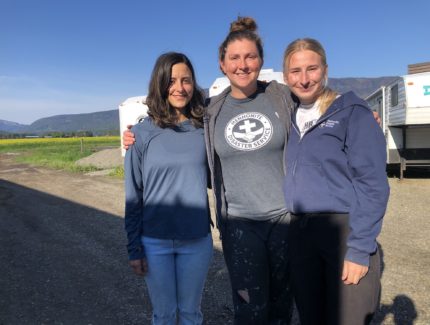