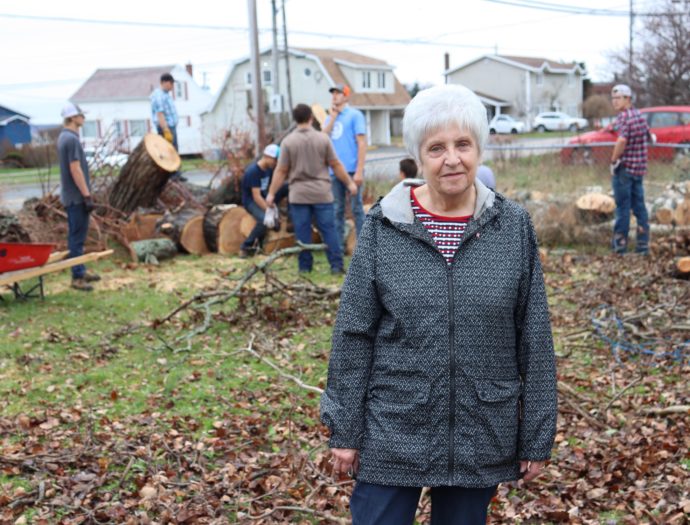 Students from Charing Cross School do hard but fulfilling work

“I thought it would be a great opportunity for them to see more of the country and help others,” said Peters. “They could learn history, geography and Bible and do service at the same time.”

Five out of the 22 high school students at the small school—there are just 66 students altogether, high school and elementary—volunteered to go.

Together with Peters, a total of nine people made the trip from the school to Glace Bay on Cape Breton Island the last week of October.

Once there, the group was put to work removing cut up trees.

“Two chainsaw crews cut up the downed trees and we hauled them to the curb,” said Peters, noting another group of Old Colony youth and adults from the nearby Aylmer, Ontario area were there at the same time.

“It was hard work, but fulfilling. The people we helped were so grateful.”

One person they helped was 83-year-old Edith Ball. Several large trees came down on the retired hairdresser’s yard. 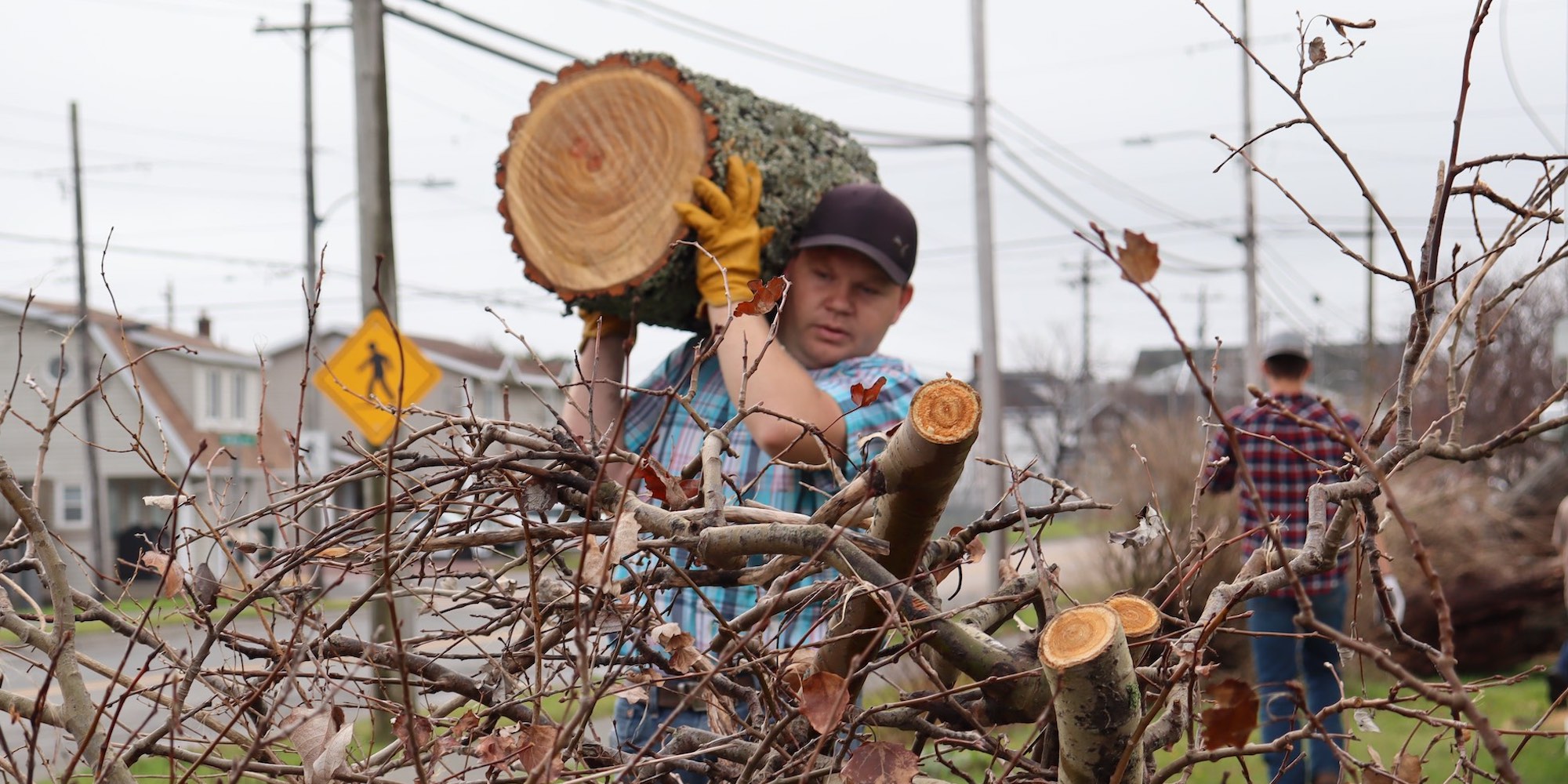 “The storm was wild,” she said as she watched students carrying away the trees. “Along with blowing down the trees, it took some siding off my house.”

Ball, whose husband died a year ago, appreciated the help.

“It’s really beautiful what they did,” she said, adding she was glad the trees didn’t land on her house. “They are all so nice.”

“We just wanted to help people, think of others and not just of ourselves,” he said.

It was also a way to be a witness, he added. “As Christians, our actions can speak louder than words.”

One thing Peters heard several times was that people were praying for someone to come and help them. “It’s amazing to realize we were the answer to those prayers,” he said.

George Guenter is a member of school board. The trucker left his family behind to accompany the students for the week.

“It was an impactful way to serve Christ,” he said, adding everyone was so grateful for the help.

Taking the week off work was “absolutely worth it,” he said. “It was good to do some physical labour.”

As for the students, he knows it made an impression on them, too. “They will remember this,” he said.

MDS will be involved in Cape Breton until mid-December. More volunteers are needed to help with roof repairs; people who want to volunteer can contact Clara Flores at [email protected] or 1-866-261-1274.