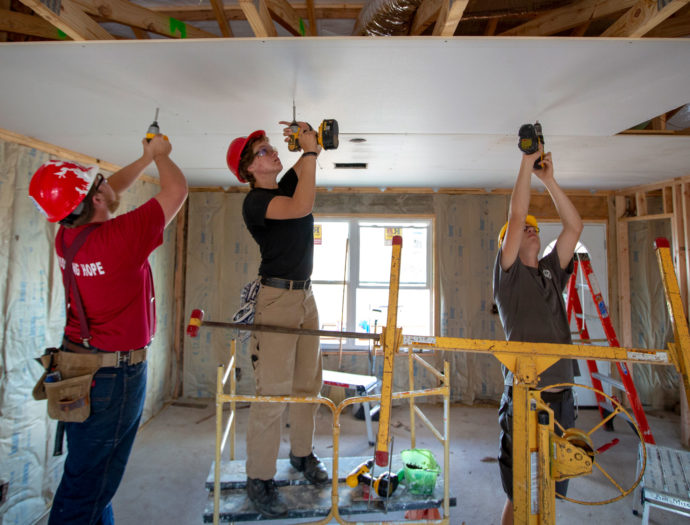 Off the grid but in God’s plan: MDS builds home in British Columbia

Cliff and Lydia Trudeau’s home looks out across Cuisson Lake, B.C. and up onto a mountain of rock that has come out of the Gibraltar copper mine. It was a peaceful setting—until an unexpected fire destroyed their home this spring.

MDS B.C. was asked if they could help. An investigation trip revealed while the area was incredibly scenic, its remote location about 50 kilometres/30 miles north of Williams Lake in the northern part of the province would pose some unique challenges for a rebuild.

For one thing, the house was completely off grid: no services. For another, the road leading to the house was narrow, rough, and not conducive to getting concrete and materials delivered.

At the same time some building components were in short supply in the area and waiting times were long. Add in the pandemic, with the need to ensure safe and healthy working conditions, and there was a question about whether this job would get done.

As it turns out, some creative thinking on the part of MDS B.C. members, along with energetic ingenuity and lots of prayer for timely and safe delivery of materials and trades, helped the build get off to a good start in the first week in July and continued on through the weeks that followed.

A large mobile generator was brought in to power the kitchen tent, bunk trailer, RV’s and build site.  A gas tank was mounted on a pickup to haul diesel to the generator. A pump was set up by the lake to supply water to the camp.

And the delivery of materials? The local suppliers had the same ‘get-er done’ attitude as MDS when it came to delivering their goods, most frequently at a discounted price.

The other factor that had a huge impact on this project were Lydia and Cliff’s daughter Kathy, and son-in-law Dennis.

“I knew right away I was going to help them rebuild somehow,” said Dennis, noting he arranged to take a leave from his work to help.

Kathy worked at getting the necessary permits, a task complicated by the remote location, and Dennis pitched in alongside the MDS volunteers.

In the end, things went so well that the build was finished sooner than expected. The dedication was held the week of August and Cliff and Lydia moved into their solar powered, wood/propane-heated home before the first mountain frost touched down.

“I didn’t know there was so much good in the world. It has caused me to make some real changes in my life.”

“This experience has totally changed my life,” is how Lydia summed up the experience during a supper together with volunteers.

“I didn’t know there was so much good in the world. It has caused me to make some real changes in my life.”

When asked about that, she replied: “I have put down my plans for my life. I have learned to give up control of what I think I want. I look to God for his plans.”

As Lydia shared those thoughts, Cliff, the quieter one of the two, nodded his agreement. Later he spoke of how thankful and amazed he was by all the help.

For MDS C.C. Project Coordinator Mark Rempel, the experience was about learning to rely on God.

“I never thought I would spend so much time praying for things like getting building permits, concrete delivery, or how to manage the fact that the trusses were on backorder,” he said.

“Time and again, it was clear that God was in control and a way was made for the project to move quickly, from start to finish. That is God’s work and God is in control.”

What also made the project memorable was it took place during one of the worst droughts and wildfire seasons B.C. has experienced in many years. Due to the widespread fires and damage in the province, it is likely MDS will have many opportunities in the future to respond to other people like Lydia and Cliff.

And just like at their house, God will once again be in charge—and MDS will be watching to see where and how God will direct us to help others in need of our help.

Ross Penner is the Director of Canadian Operations for MDS. 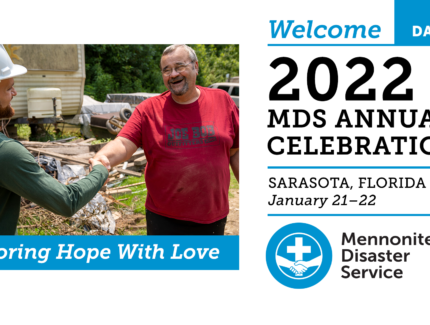 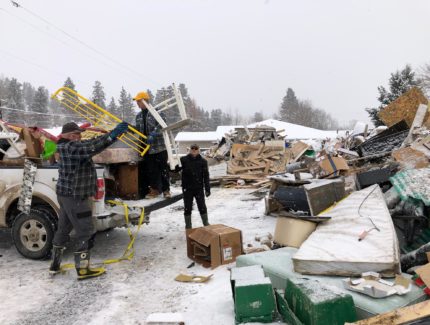 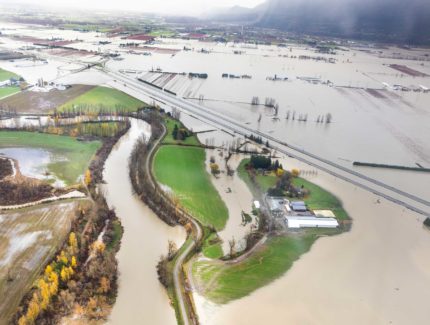