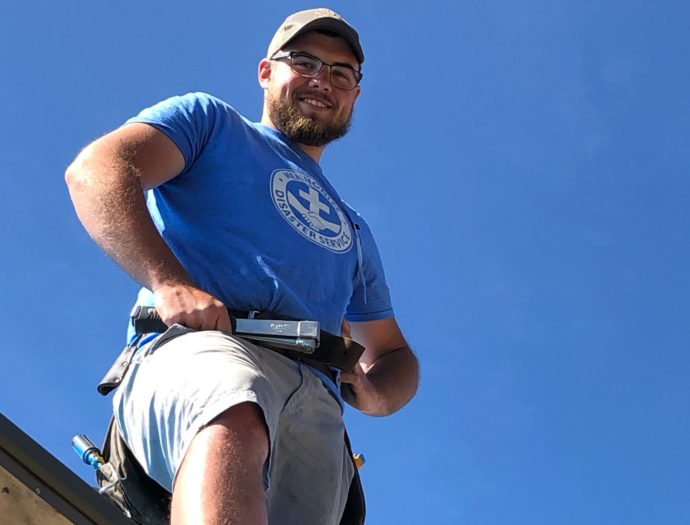 “Never Thought God Cared About Me.”

“I never thought God cared about me, but then MDS showed up.”

“It was amazing to be part of that, to be a little piece of that puzzle to help him and his family recover,” he said, recalling the conversation. In fact, encounters like that are among the top highlights for Klassen, who has done service with MDS three times.

“It’s a privilege to walk alongside them in their journey of recovering from a disaster,” he said. “It’s moving when they come see the progress on the house and they tear up.”

Klassen, who is studying to be a youth minister, is being supported by a scholarship through MDS that pays his tuition. In return, he is providing eight weeks of service in the southeastern B.C. city, which was hit by flooding a year ago.

“I love doing hands-on work and putting my skills to good use to help others,” he said. “This is a way to put my faith into action.”