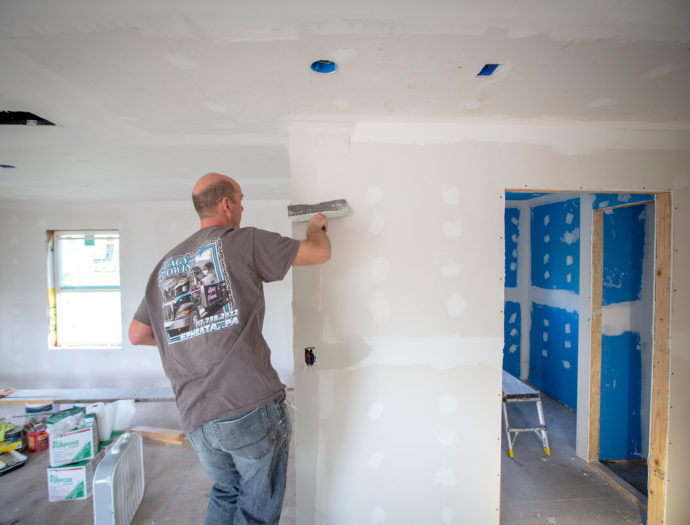 Below find a story from Mississippi—the faces and places of MDS following God’s call to help others.

In divisive times, “work together for a common goal”

In these polarized times, as many Christians in the U.S. are divided over politics, Rev. Byron Meline had something different on his mind: working for a common goal.

As he puts a fresh coat of paint on a tornado-damaged home in Columbus, Mississippi, the pastor of Zion Lutheran Church in Stewartville, Minnesota, said he believes serving on an MDS crew from the Mississippi-Louisiana unit helps draw people closer together.

“Working together for a common goal is one of the best ways to bridge the gaps between people and gain a deeper understanding,” he said of his work with people from different denominations. “We become better listeners.”

Although small compared to other MDS units in the U.S., the Louisiana-Mississippi Unit tackles big projects.  by partnering with groups such as the United Methodist Committee on Relief and others.

That included the house Meline was working on, one of 50 damaged or destroyed when a tornado tore through Columbus in February 2019.

With the help of MDS volunteer crews, who were building four new homes and repairing nearly 20, Community Recovery of Lowndes County brought its caseload of 88 tornado survivors down to 15.

Rev. Aislinn Kopp, pastor of discipleship and mission at First United Methodist Church, said that one of the best days in the tornado recovery was at a recent community-wide, one-year anniversary commemoration of the storm.

“There was renewed interest in recovery work at that event, and more than 100 people showed up,” said Kopp. “MDS got a standing ovation.”