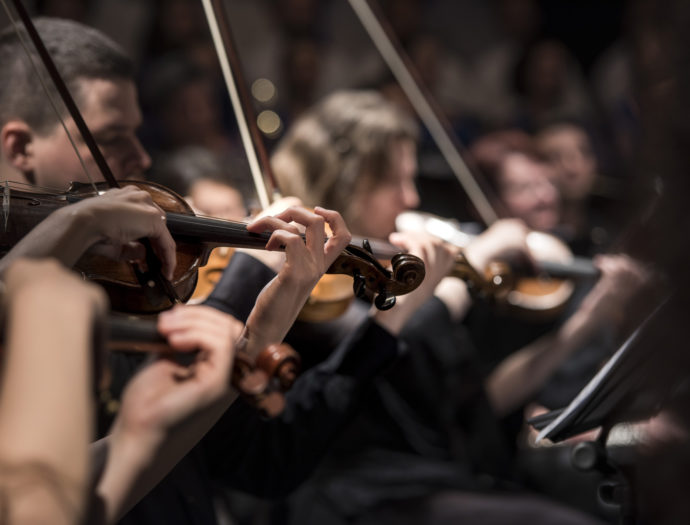 MDS to be Celebrated at March 15 Mennonite Community Orchestra Concert

In 1815, Ludwig von Beethoven composed his Eroica Symphony to celebrate the general spirit of heroism in the world.

On March 15, Winnipeg’s Mennonite Community Orchestra (MCO) will celebrate a local hero when it performs the Eroica Symphony—Mennonite Disaster Service.

“Sometimes it seems the idea of a hero is only someone who gets lots of attention and accolades,” says Bob Wiebe of the MCO.

“While we celebrate people who do great deeds worthy of recognition, there are many unsung individuals who quietly go about the work of helping making the world a better place, whether anyone knows or not.”

For Wiebe and the MCO, the 800 or so Canadians who volunteer each year with MDS to help people who lost their homes to natural disasters are those kinds of heroes.

“Year after year MDS volunteers go to places where people have suffered great losses, restoring their homes and their hope without any need for special thanks or recognition,” he says.

At the concert, the MCO “wants to recognize these people, and MDS as an organization, for representing the best of what we can be as people who care about the plight of others, and who want to help make the world a better place,” he adds.

For Ross Penner, director of Canadian operations for MDS, the concert is a fitting way to acknowledge the volunteers who are “the heart and soul of MDS.”

“Without them, our mission would be impossible to carry out,” he says. “They are the true heroes, giving time and energy and skills to help people who lost so much find hope again. The concert is a fitting way to honour their commitment to being the hands and feet of Jesus in the world.”

In addition to the Eroica Symphony, other repertoire on the program includes Danzon No. 2 by Marquez and On Hearing the First Cuckoo in Spring by Delius.

Under the direction of Andrea Bell, the MCO is comprised of 50 skilled and dedicated musicians from Winnipeg and southern Manitoba.

The concert takes place 2 PM at Jubilee Place, 173 Talbot Ave. (at Mennonite Brethren Collegiate Institute). Admission to the concert is by donation.