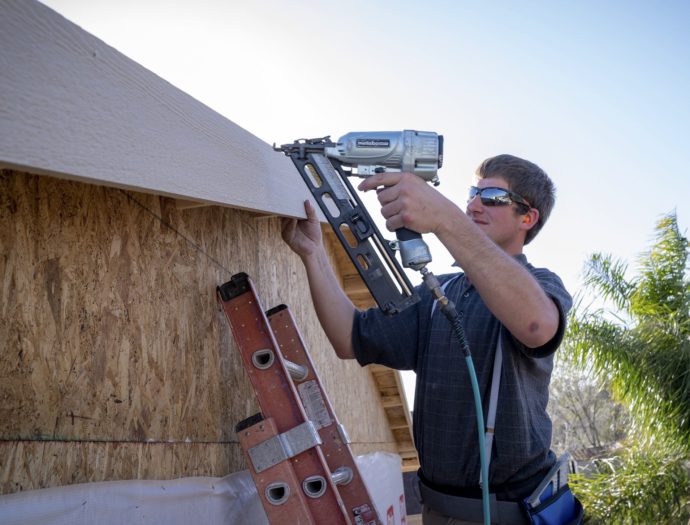 Mennonite Disaster Service (MDS) in Texas has a new sense of unity: after previously being split into a few separate units, the statewide structure provides better communication across and between MDS responses.

Immediate past chair Wayne Albrecht, worked for months behind the scenes to put the pieces—and people—in place to usher in the new way of working, the unit has already been involved in several responses.

Joaquin Gutierrez, who serves on the board of the MDS Texas Unit, first served with MDS in its response to a tornado that struck Joplin, Missouri, in May 2011. “I was approached to see if I was interested in meeting and to see if a Texas unit would be established,” Gutierrez said. “I said it was about time that a Texas unit be formed!”

David Zarate, incoming 2023 chair, said he feels that a single statewide unit will help keep people better informed about how MDS is serving—and how they can help. “I tell everybody I love what MDS represents,” he said. “I’m looking forward to expanding the unit and getting even more people involved.”

Already, the new unit has been involved in several responses.

Bastrop. After a tornado struck Bastrop in March 2022, MDS volunteers have been working to repair and renovate a church and a school building. Plans are also underway to build five homes this winter. Volunteers from the Texas Unit have joined volunteers from Kansas and other states as the workload expands.

Hargill. Volunteers from the Texas Unit helped build a new home and renovate another, both damaged in flooding.

McAllen. Volunteers from the Texas Unit have joined others in building homes for flood-stricken communities in the Lower Rio Grande Valley.