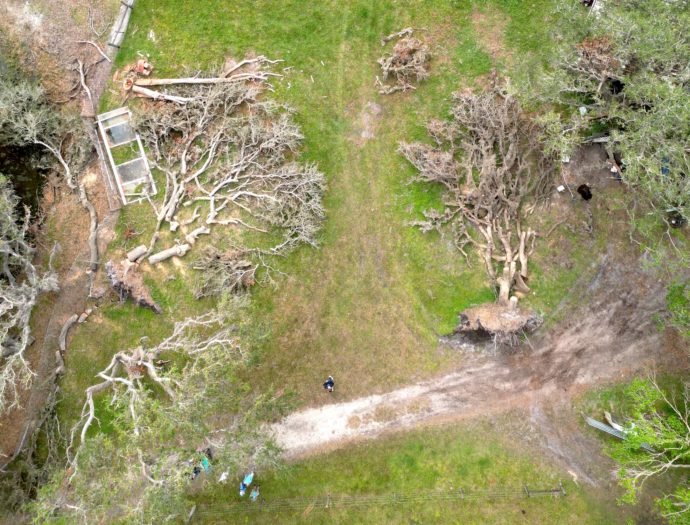 Ian, which made landfall on Sept. 26, devastated parts of southwest Florida, killing at least 92 people in that state alone.

After assessing damages and working with local partner organizations as well as emergency managers, MDS set up a base camp for volunteers at the Pine Creek Chapel Mennonite Church in Arcadia, located about an hour east of Sarasota.

Bob and Linda Wideman, MDS volunteers from the Buffalo, New York area, arrived Oct. 19 and will stay one month as they continue to set up the site.

“It’s just getting off the ground, but we’re up and we’re running,” said Linda, who is serving as office manager while Bob serves as the project director.

Among other tasks, the Widemans have helped set up tool trailers—some of which are loaned from other MDS units—along with kitchen appliances, sleeping accommodations, and other support volunteers will need. They are also attending regular meetings with local leaders who will form a long-term recovery committee for the area.

Though the Widemans are experienced MDS volunteers, this is the first time they have served in leadership roles since attending MDS training earlier this year.

“I still feel like we have been creating something out of nothing,” said Linda. “There’s a still a lot to do.”

Ensuring meaningful work for volunteers is one of the hardest jobs, particularly as a disaster response transitions from the relief phase into long-term recovery.

MDS Storm Aid represents the Amish Community in Lancaster County, Pennsylvania. “We are here as early responders, but we are gradually going into the next stage,” said Flaud.

“I still feel like we have been creating something out of nothing, there’s a still a lot to do.”

When people see news footage of southwest Florida, the devastation is obvious and the needs look immense.

The challenge, Flaud explained, is finding which hurricane survivors really need help the most. During early response, MDS relies on community leaders to direct them to meaningful work, while during long-term recovery, a partner organization will provide case management.

“Working class people will often say they don’t need help when in fact they do,” said Flaud. “Some clients have a little money—but no-one to do the work, or they receive enough money from FEMA to pay for materials but can’t afford the labor.”

People helped by MDS giving back

People in Florida who were once helped by MDS themselves are finding an opportunity to come to Arcadia to work for a day or two helping Hurricane Ian survivors.

In late October, 11 volunteers arrived from the Rivertown Church in Marianna, Florida. Their church hosted volunteers for more than three years as MDS responded to Hurricane Michael, which struck that community in October 2018.

“Four years later and Marianna still has tarps in places,” said MDS volunteer Rhoda Yoder. “We had a lot of people come to help us so we wanted to come help here.”

Her son, Kevin Yoder, is associate pastor at Rivertown. “We remember what it meant for people to come help us and give us hope,” he said. “We wanted to help others.”

Karen Grice said she volunteered for MDS because she wanted to be part of something bigger than herself. “Nobody will know I’m here—they just know the work gets done,” she said. “We had so much help from MDS.”

Her husband, Jeremy Grice, uttered in a prayer his hopes for those recovering from Hurricane Ian: “God, we ask you to be with them, and reaffirm their faith that people are here, and people will help them.” 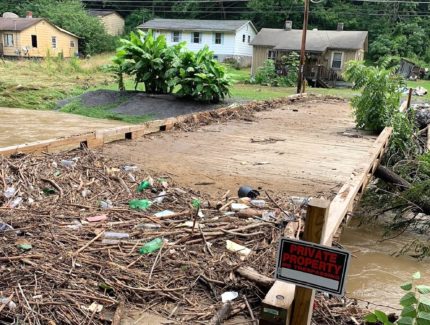