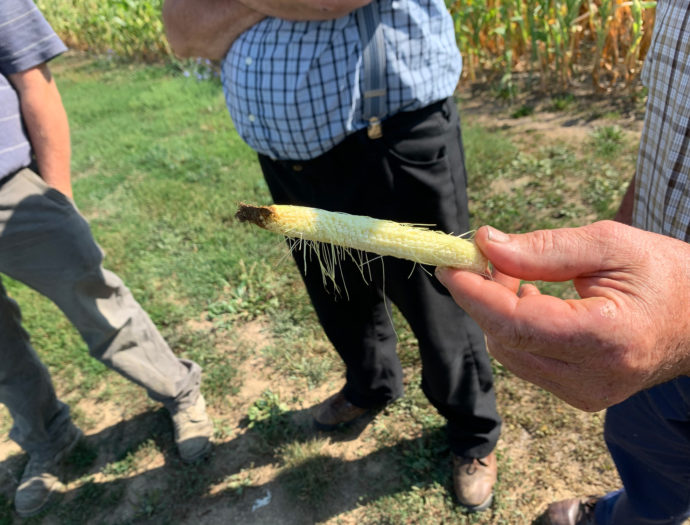 As Lawrence Hurst was talking to family members who farm in Lancaster, Pennsylvania, he learned some of them had such large crops of silage they weren’t sure what to do with the extra. At the same time, he knew there were small farmers only a few counties away from that city who were suffering the effects of drought.

And that’s how a new MDS drought relief project started in September.

Farmers use silage, a type of fodder made from green foliage crops, to feed their cattle through the winter months. “My family knew I was involved with MDS and told me they wanted to help somebody in need,” Hurst explained.

Now, through MDS, drought-stricken small farmers are receiving funds or silage that will help them through the winter.

“We used to be farmers,” said Hurst, who already had heard about small farmers in Perry and Juniata counties, as well as outside the towns of Curry and Clifton, who really needed help.

The role of MDS Pennsylvania in this project is twofold: first, to collect donations that are then used by small farmers solely to purchase silage; and second, to coordinate and transport silage donations from farm-to-farm.

“MDS became involved in drought relief because this quiet disaster has been upending the lives and livelihood of small farmers, many of whom have been quietly suffering,” said Kevin King, MDS executive director. “No disaster is too small for MDS to reach out with compassion.”

With the project just beginning, Hurst has been visiting small farmers to assess the needs.

“Many of them are saying, ‘help someone else before you help us,’ ” said Hurst, reflecting the independent-minded farm community.

He is very concerned about young farmers just starting out because low milk prices have increased their burden.

Hurst has volunteered many times for MDS, and he especially remembers helping Hurricane Katrina survivors. Now, he thinks of drought relief as simply helping his neighbors. “It seems like when some people have extra, there’s always a shortage somewhere,” he said.

MDS has created a fund to assist with the purchase of silage, shelled corn and hay to support farmers facing drought. Click here to donate and designate your contribution to “PA Drought 2020.”