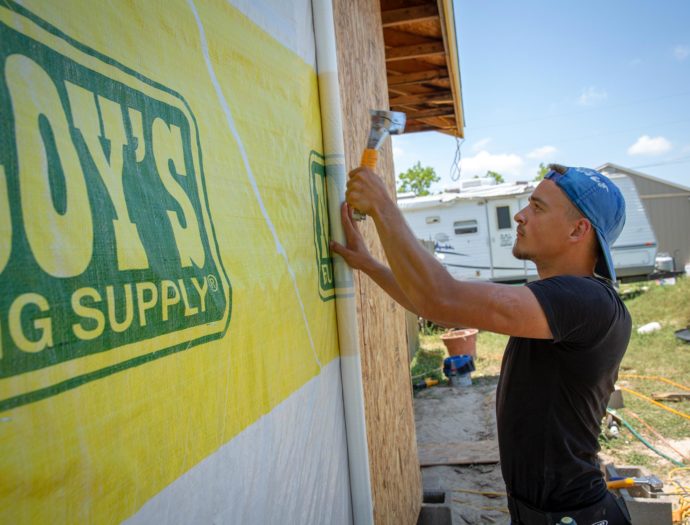 Mennonite Disaster Service (MDS) Church Contact People, or CCPs, have a special role in both informing and inspiring people in their church.

From sharing helpful news in the wake of a disaster, to organizing groups who want to volunteer for an MDS  project, to inspiring new volunteers, CCPs continue to be an important part of strengthening the ties between MDS and local churches.

Paul Jutzi, a CCP for Zion Mennonite Church in Birdsboro, Pennsylvania, volunteered in Paradise, California, in June, his second time volunteering for MDS after serving in Fort Myers, Florida for a week.

This time, as a CCP, Jutzi received free travel to volunteer for two weeks in Paradise. At that time, the hot weather—with temperatures around 105 degrees—felt simply brutal.

“We as MDS volunteers were starting three houses from scratch,” said Jutzi. “We spent time laying out the foundations, digging footers, and putting in sewer pipes.”

When Jutzi got back, he described the scene to the people in his church.

“There are trees with no branches and the trunks were black,” he said—and this is nearly three years after the Camp Fire burned more than 13,000 homes to the ground in Paradise. “A lot of people are living in trailers and campers.”

Jutzi particularly remembers one wildfire survivor who is especially happy to have a home. “The day I left, I found out she’s been doing her wash in a bucket for three years,” he said.

Bruce Kindy has been a CCP for Oak Grove Mennonite Church in Smithville, Ohio, for many years. He became a CCP because he wanted to keep his congregation more aware of MDS activities.

Kindy, along with three other members of Oak Grove, often volunteer with MDS projects in their local area of eastern Ohio and northwest Pennsylvania.

“Pre-COVID, I tried to organize groups to serve on a project for a week at a time,” he said. “The congregation has been supportive of those trips, often helping to fund our travel expenses.” 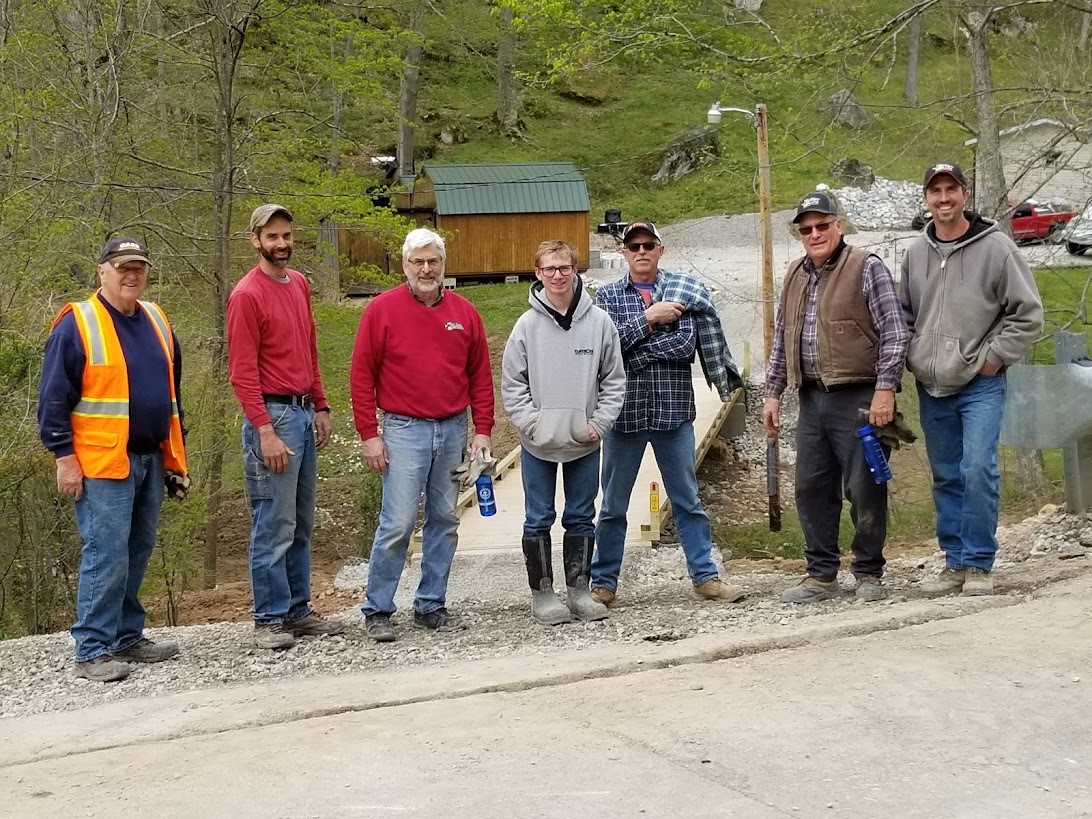 Like Jutzi, Kindy often shares his experience after volunteering with his church.

“When a group from church has gone for weeklong trips, we are usually asked to share about our experiences during the Sunday worship time,” he said. “We’ve been fortunate to have a good number of members who’ve gone on these weekly service trips.”

“I also personally invite others to participate in MDS projects,” he said. “My goal is to have a team serve at least once per year.”

Ebersole said he is inspired to continue as a CCP because ultimately it’s a way of sharing the love of Christ.

“I know serving others in their need for a safe living space is a concrete way to share the love of Christ in a way that becomes very real to those served and those serving,” he said.

Before Nelson Sauder officially became a CCP—a role he has held for well over a decade—he was regularly organizing volunteer groups from Metzler Mennonite Church in Ephrata, Pennsylvania.

“As a CCP, I have scheduled the annual work week and occasionally made announcements for other opportunities,” said Sauder. “Last Sunday a man told me that he and his son are planning to go along next year and so that encourages me to continue.”

With a core group of a few people he counts on, Sauder said he is grateful for the way his church members help MDS. “One of them has faithfully made the arrangements for transportation which I greatly appreciate,” he said. 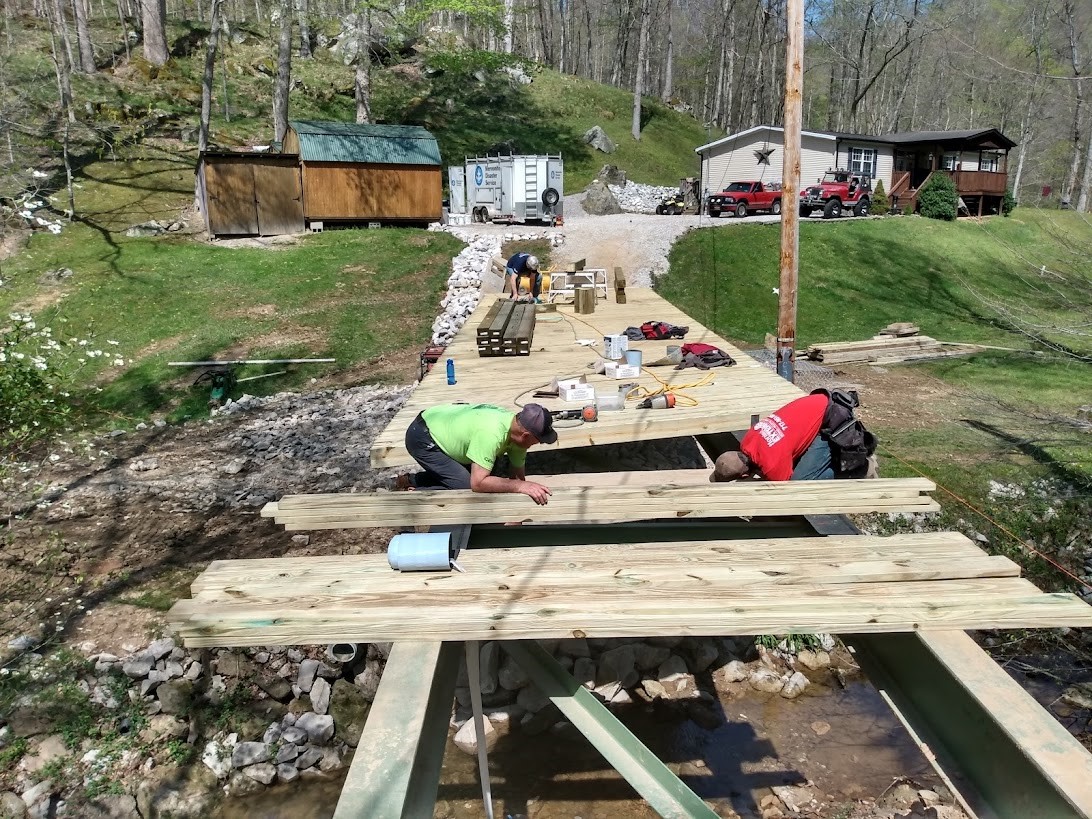 “We have many people who work in construction-related jobs and many times we felt that God had called us to be there at that particular time even though it was planned months before,” said Sauder.

The Metzler Mennonite Church in Ephrata, Pennsylvania chose MDS as its Bible School donation project over the summer.

“The children were very attentive at Bible School, as the first three evenings they watched short videos from the MDS website,” said Nelson Sauder, CCP at the church. “The fourth evening, I shared a brief report of the last 16 years.”

"I also personally invite others to participate in MDS projects. My goal is to have a team serve at least once per year.”

The church also had a scrapbook of service projects the children could leaf through—and they all received a special hard hat flashlight!