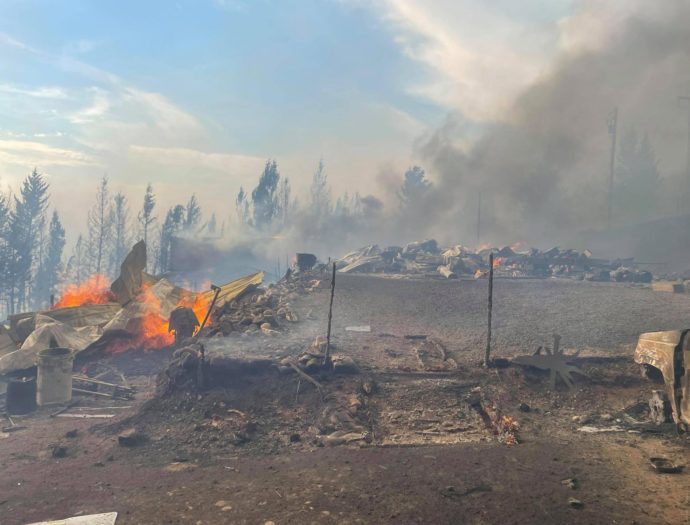 Volunteers needed for Monte Lake from spring through fall

With all the attention on the severe flooding that hit B.C. in November 2021, it’s easy to forget about those who lost their homes to last summer’s wildfires in that province.

In May the organization will begin rebuilding homes in Monte Lake, located about 50 kilometers/30 miles from Kamloops in the B.C. interior.

“While we are responding to help people affected by the floods in Princeton and the Fraser Valley, we also want to help those impacted by the fires,” said Ross Penner, Director of Canadian Operations.

“They also need help to recover from their losses.”

At Monte Lake, 28 structures were destroyed by the White Rock Lake fire, which displaced thousands of people in the area.

MDS Canada, working in partnership with its B.C. Unit, will rebuild up to five new homes in the community over the summer and into the fall.

“These people lost everything,” said Penner, noting one family of four has been living in a small camper since losing their home last August.

“While we are responding to help people affected by the floods in Princeton and the Fraser Valley, we also want to help those impacted by the fires,”

“I could see the strain on the parent’s faces after spending a winter inside that small space,” he said.

Insurance can be hard to get in remote areas like Monte Lake, or is prohibitively expensive, leaving some people uninsured or under-insured.

“The people we are helping fall into those categories,” Penner said.

The 2021 wildfire season in B.C. was the third worst on record, with more than 1,600 fires burning nearly 8,700 square kilometres of land.

Volunteers are needed for Monte Lake; people who want to volunteer can reach out using this form or by calling 1-866-261-1274.