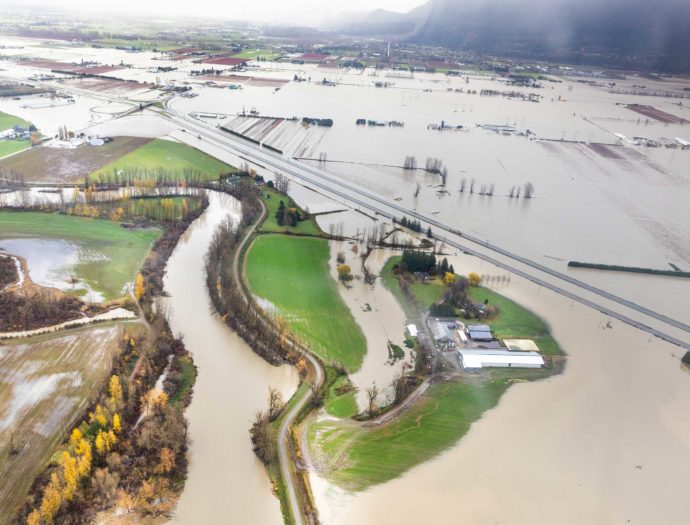 Mennonite Disaster Service (MDS) B.C. is monitoring the situation in that province, where torrential rains have caused flooding and mudslides that have affected many communities and residents of that province.

“There are three 7.6 centimetre/three-inch tall drinking glasses on my patio table that are now full,” said Gerald Dyck, chair of the MDS B.C. Unit.

“When one filled up during the rain, I would put out another one,” he said, noting that is how much rain has been received.

“I missed the first night of rain,” he added.

The heavy rainfall is the result of what’s called an “atmospheric river”—a long, narrow band of moisture in the atmosphere that carries water from the tropics and subtropics toward the poles. 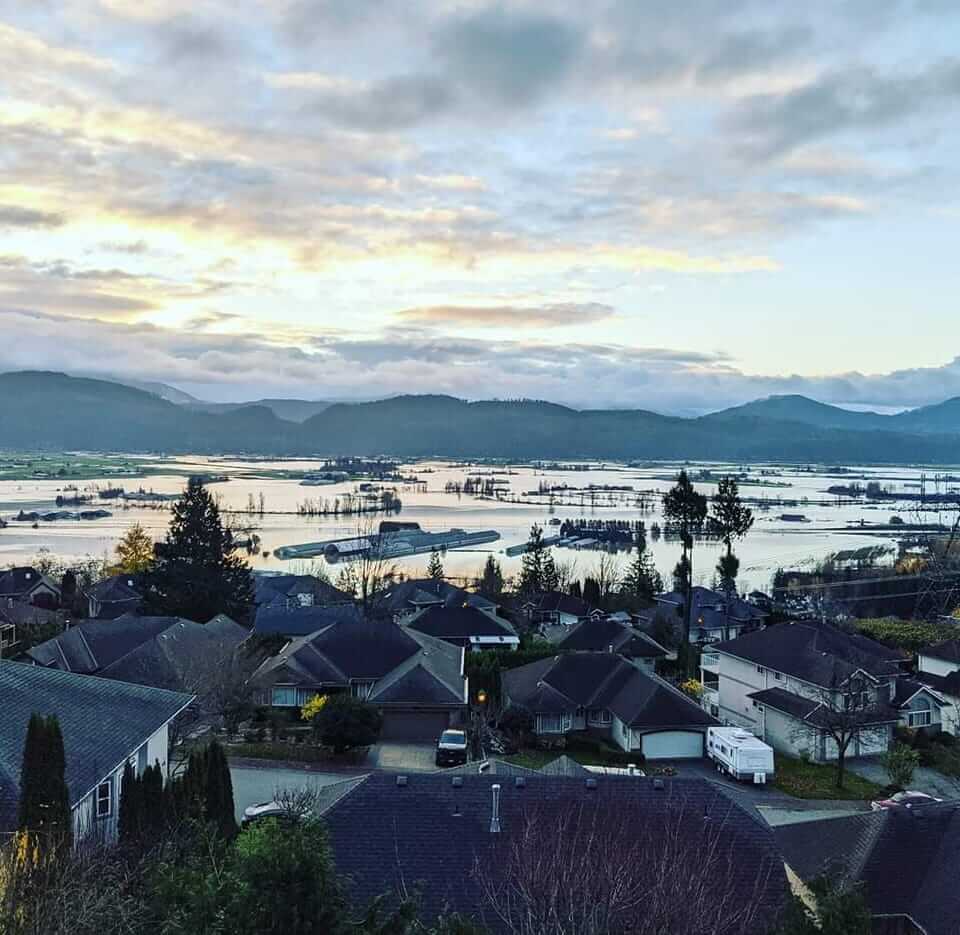 B.C. gets atmospheric rivers every year. But this one, which started November 13, is the worst yet with more than 20 daily rainfall records broken in the province. In at least two places, over 250 millimetres/15 inches of rain has fallen in a few days.

“There are 300 homes flooded in Princeton,” Dyck said. “Then there is Merritt, where the town was evacuated due to the wastewater plant being inundated with flood water.”

There are also places flooded close to his home in the Fraser Valley, Dyck said.

"There are three 7.6 centimetre/three-inch tall drinking glasses on my patio table that are now full."

Meanwhile, the B.C. Unit has also been gearing up to respond to damage and destruction that resulted from this summer’s wildfires.

Between the start of April and the end of September, 1,610 wildfires burned 8,682 square kilometres, mainly in southern and southeastern B.C. This included the town of Lytton, which was almost totally destroyed.

An MDS B.C. crew was actually planning to go out on November 16 to help a homeowner who is rebuilding after the wildfires, but washouts or mudslides on major highways prevented them from making the trip.

“That was to be our first response for the fires of the summer,” said Dyck. “I’m guessing we have two to three hundred homes to somehow check out.”

In Dyck’s experience, MDS usually doesn’t get started with rebuilding until about six months after a disaster.

“For the fires we are at the five-month area,” he said. “I think we will work at prioritizing the fire-affected clients now. We will know more by mid-December for the floods. That will be next for us.”

Both the heat in the province this summer, which saw record temperatures, and now the rain, have been linked to the effects of climate change.

“Pray for clarity in who our MDS clients should be,” said Dyck, noting they have many good local officials to consult with on the ground.

Donations are welcome for B.C. fire and flood response at https://mds.mennonite.net/donate/