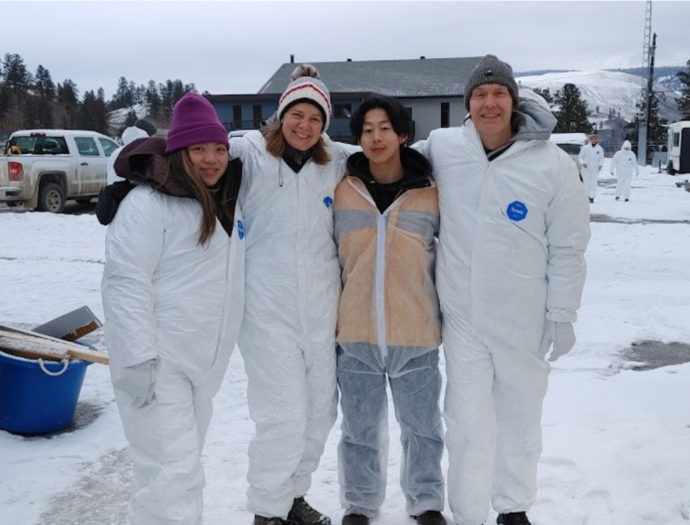 “It was a really positive time”

For six young adults from Chinatown Peace Church, a Mennonite Church Canada congregation in Vancouver, B.C., the February 20-25 university reading week turned into a work week as they volunteered with Mennonite Disaster Service (MDS) in Princeton, B.C. The group was led by the church’s English pastor Tim Kuepfer and his wife, Sandra.

After a snowy Sunday afternoon drive to Princeton, the group arrived at Rockridge Canyon Retreat Centre just in time for the 7 p.m. orientation, together with other volunteers (including students from Columbia Bible College in Abbotsford, B.C.).

Monday morning, like all other mornings, began with devotions after breakfast before heading out to work. 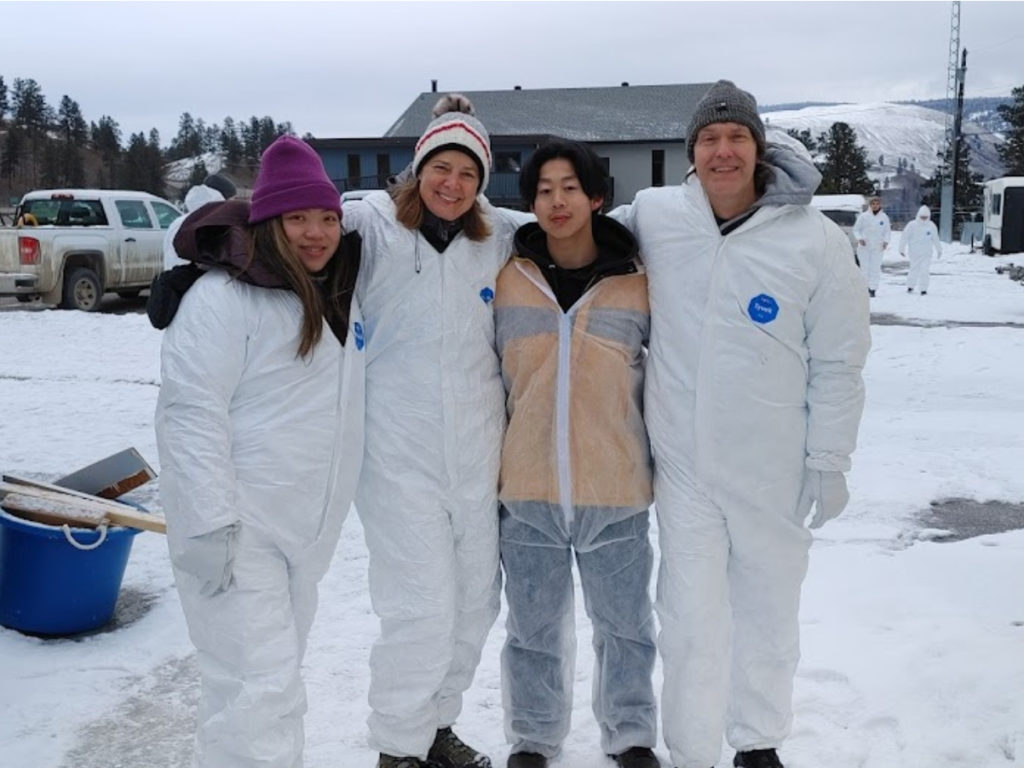 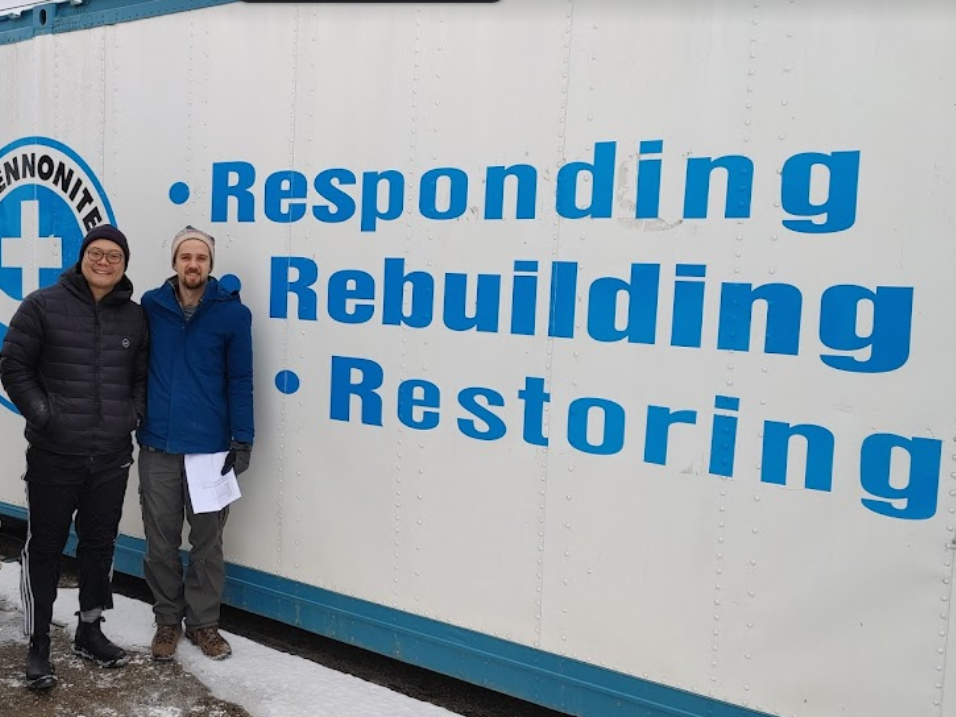 Ray Tsan and Zachary Kuepfer stop at the MDS storage yard to pick up tools and equipment. 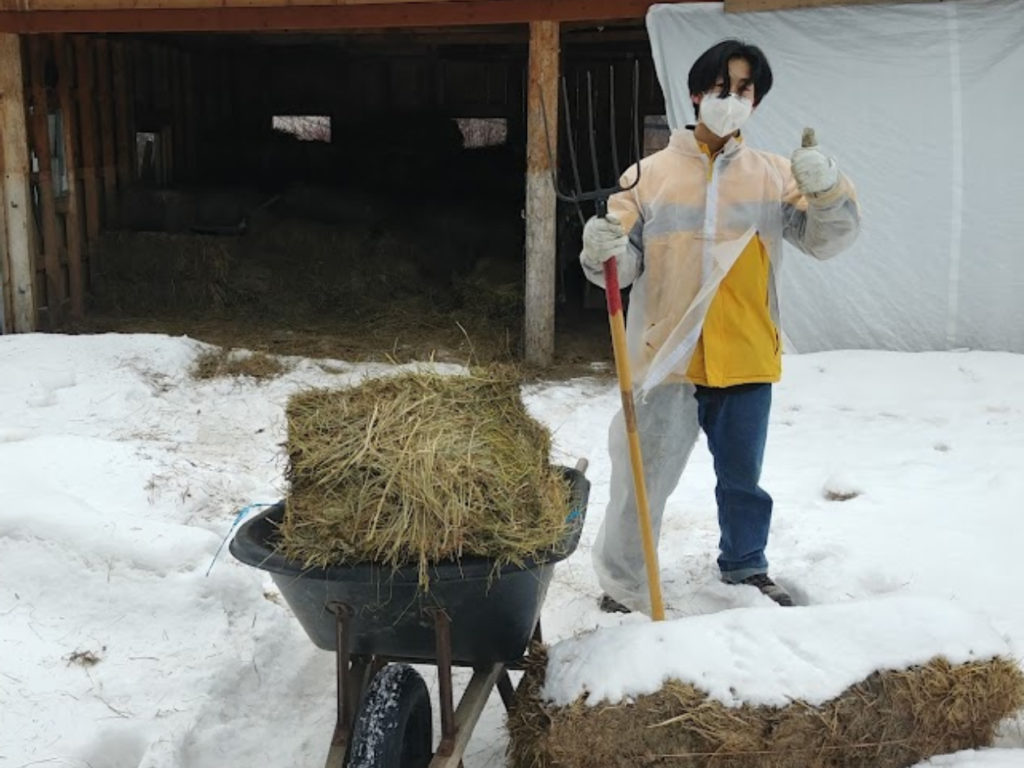 MDS doesn’t only repair or clean out houses, as Caleb Liu discovered when he moved waterlogged and frozen hay out of an outbuilding. 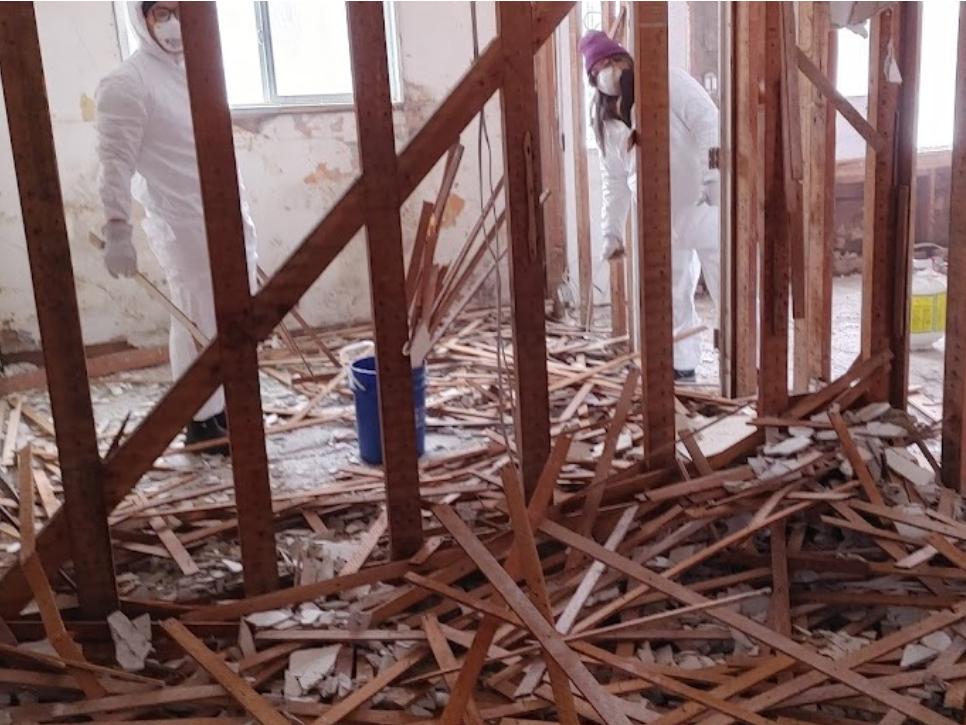 Meanwhile, Stephanie Ho and Ray Tsan were involved in some serious demolition. 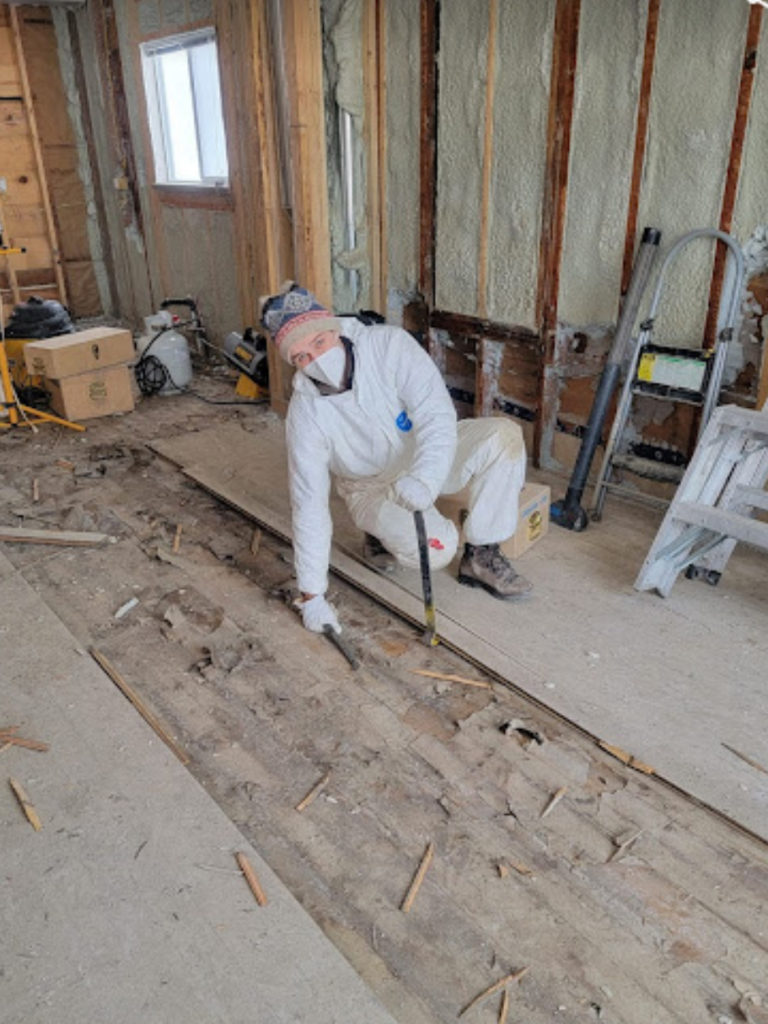 Zachary Kuepfer ripped up a lot of wet floor boards over two days.

“It was a really positive time for everyone. I think everyone enjoyed it and worked hard.” 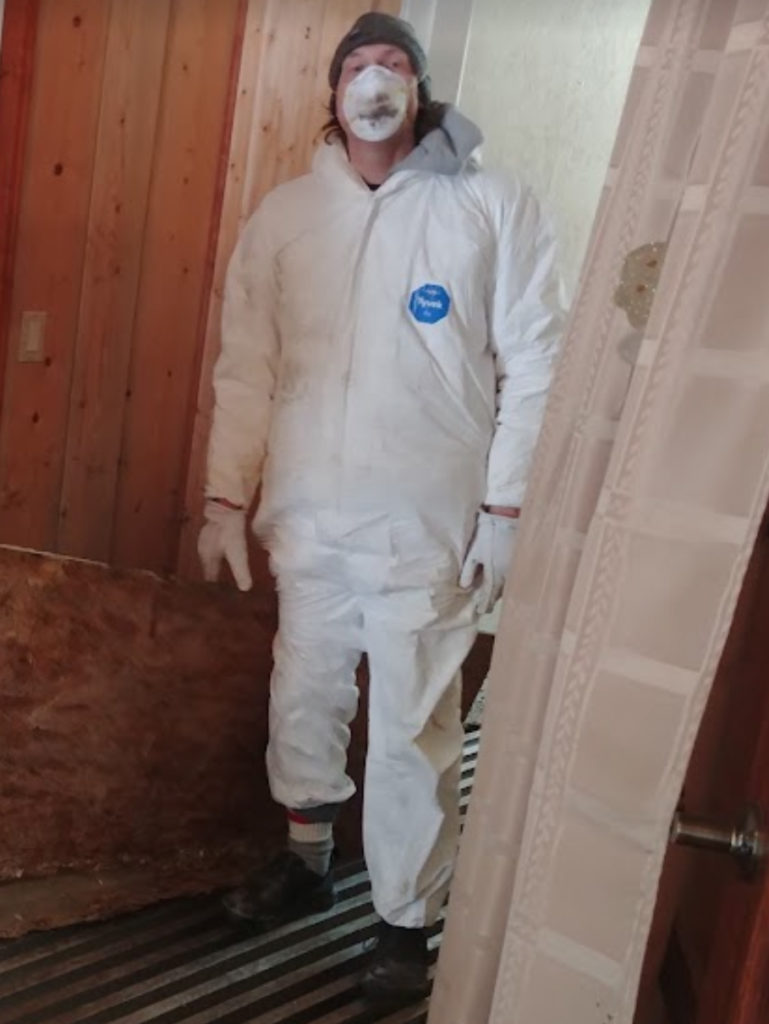 Doug Peterson takes a break from ripping up soggy flooring. 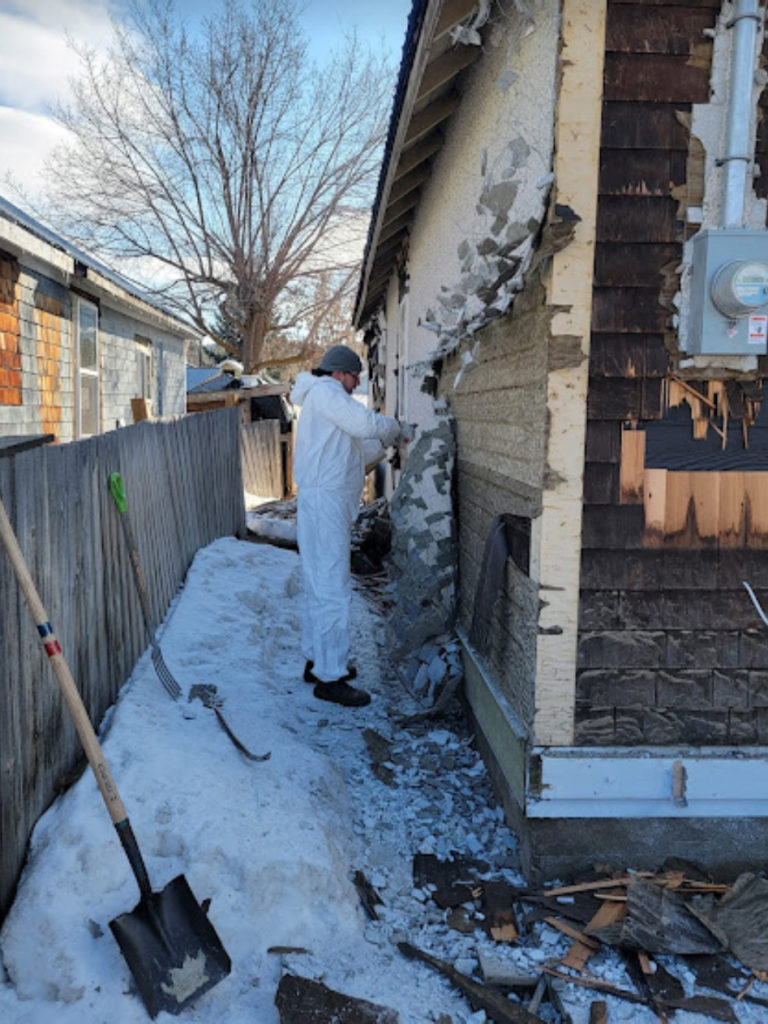 Chris Sundby and pastor Tim Kuepfer spent a day demolishing water-damaged stucco off the side of a house, plus taking off a layer of cedar shingles under the stucco. 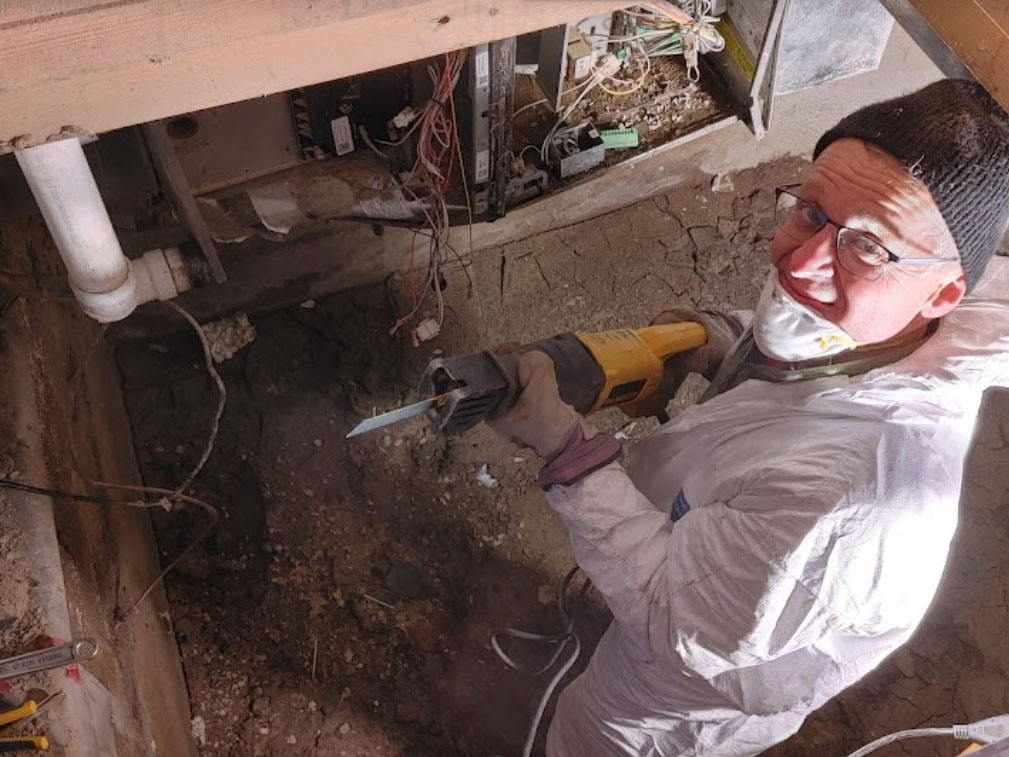 On another day, Tim spent half a day down in a crawl space, disconnecting and removing a furnace destroyed by the water and muck. 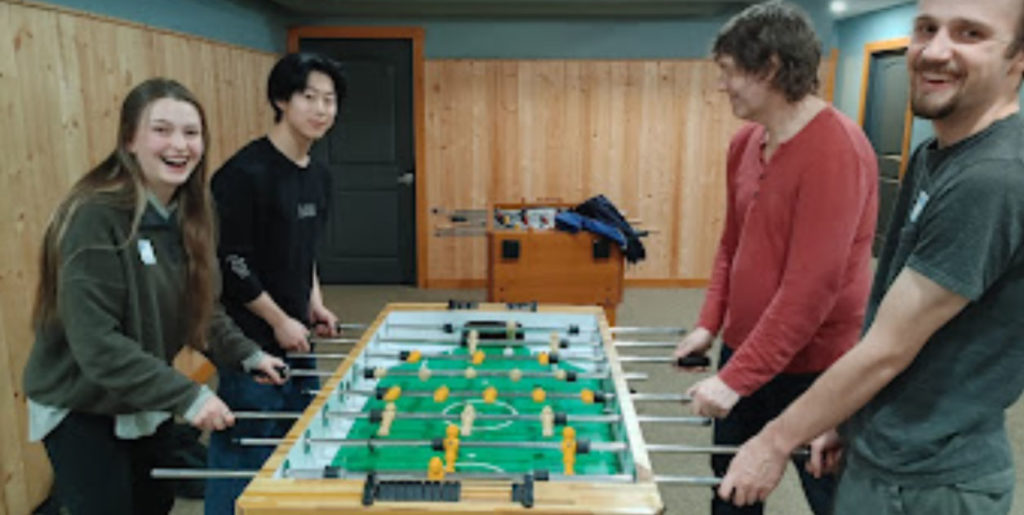 Evenings were a time for rest and recreation. 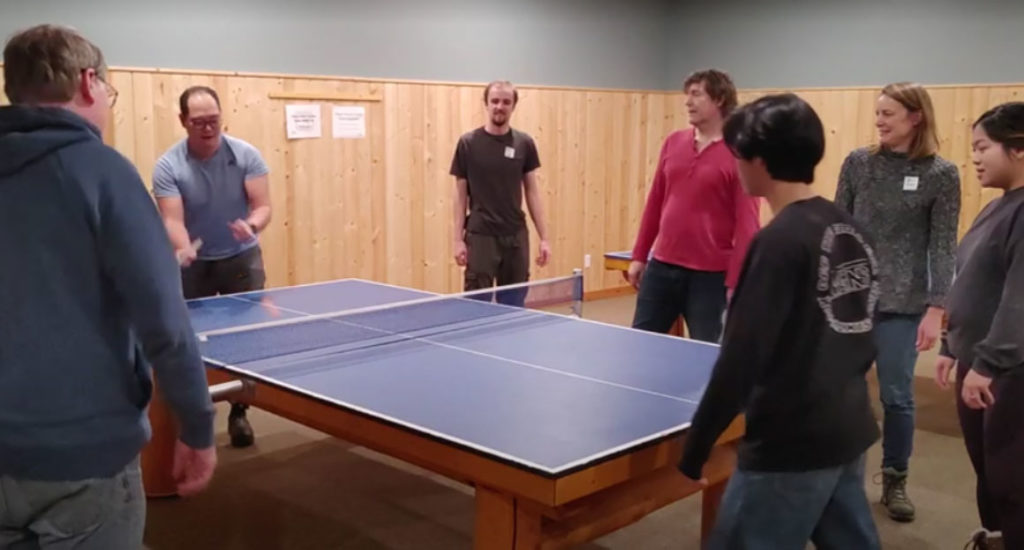 “It was a really positive time for everyone,” said Tim Kuepfer. “I think everyone enjoyed it and worked hard.”

Relationally, it was good for the group, he added. “We got to know each other in a new way.”

As for the service with MDS, “we did our little bit and we hope it makes a difference for the people in Princeton,” Kuepfer said, adding they enjoyed hearing stories from residents.

“With the church having such a bad image for many people in Canada today, we wanted to help God get a better reputation, and be a blessing for that community.”

The Chinatown Peace Church is made up of two congregations—English and Chinese—totalling about 100 people. They hope to send another group of youth to Princeton in April “so we can share the love of God with others,” Kuepfer said.