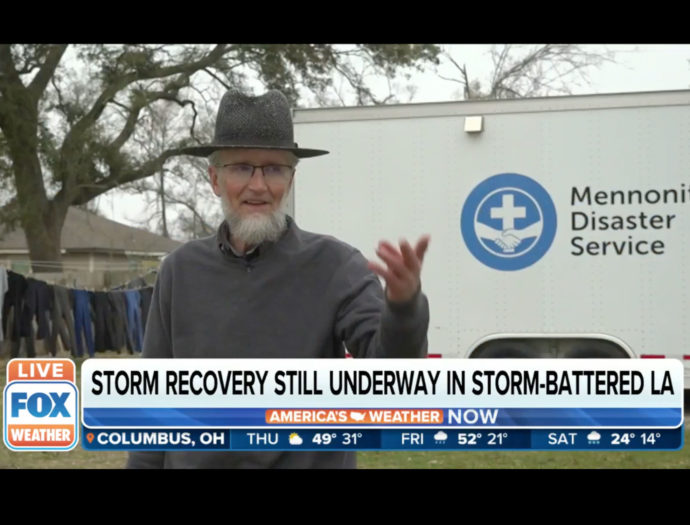 IN THE PRESS: Hurricane victims running out of time for aid

Lake Charles, Louisiana is still repairing 2020 hurricane damage and hopes for more funds. The House of Representatives votes Friday on the federal funding bill but it does not include the additional aid.

“These storms were unprecedented; the amount of destruction has been catastrophic,” said Alberto Galan of the Calcasieu Parish Emergency Management. “It’s really hard to believe we’re this far out, even with the work we have done in the past, it’s hard to fathom.”

A Louisiana Congressman asked for an additional $3 billion on top of the $600 million previously approved for disaster relief. But, the pricey amendment did not make the $1.5 trillion bill. The city’s hope lies with the House of Representatives that can still add to the bill and votes Friday. The government could shut down if the bill is not passed.

Dollars are spread thin with ongoing pandemic financial recovery and aid to Ukraine. COVID-19 funding was even taken out of the bill.  Galan worries that repairing hurricane-ravaged Calcasieu Parish will fall further down the spending priority list as more time goes by.

Disaster response, repairs and outside help have been sparse over the past 18 months due to the pandemic.

“COVID made it extremely difficult. We did not have a lot of boots on the ground when it comes to adjusters and insurance folks coming in, as well as FEMA folks,” said Galan about recovery efforts during the height of the pandemic. “When you’re not seeing it here in person, it makes it a little bit of an easier pill to swallow than when you’re here on the ground experiencing some of the things the folks here are experiencing.”

“From the 1st of January to now, we have done 27 jobs and we have 42 signed up,” said Gid Yoder with the Mennonite Disaster Service. “There’s just a lot of people that still need help and hopefully we made a little dent in it.”

He and a group of Amish and Mennonites from Ohio have been helping out with community repairs.

Hurricane Laura, a Category 4 hurricane, was the strongest hurricane to make landfall in Southwest Louisiana since records began in 1851. It maintained category 3 and 4 status with 111-150 mph winds as it passed over the parish. The wind and storm surge damaged buildings, power infrastructure and trees.

Hurricane Delta made landfall as a Category 2 hurricane just 12 miles east of the point Laura made landfall. Debris from Laura and the 8-12 inches of rain that fell from the Delta created widespread, significant flooding.

Four named storms made landfall in Louisiana in 2020. That tied the record number of tropical storms to hit Louisiana in a season.

If the bill does not pass on Friday, lawmakers are working on a short-term spending bill to keep the government open until March 15. That would allow debate to continue, keeping Lake Charles’ hope for more support alive.