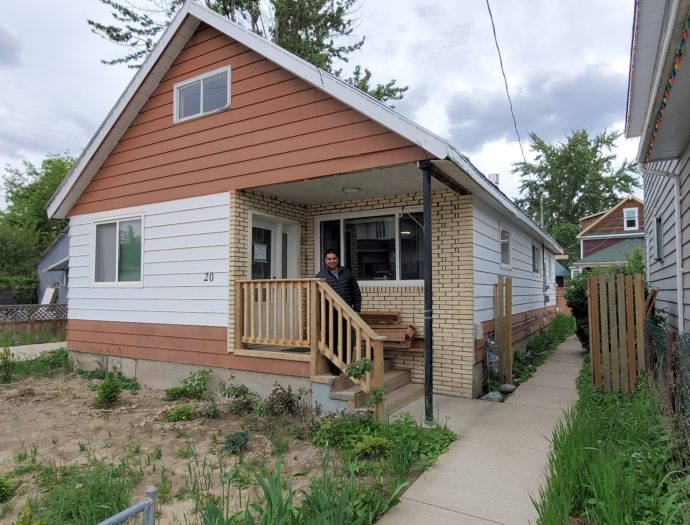 “I can’t thank them enough”

For Sam Perera of Princeton, B.C., it was a case of really bad timing.

Perera, originally from Vancouver, bought a riverside house in that southeastern B.C. town in October 2021—a place he could afford in a community he intended to call his new home.

About a month later, the nearby Tulameen and Similkameen rivers overtopped their dikes during a period of historic rain and flooding that impacted the province.

“There was a metre of water in my house,” he said when he finally got to Princeton to see the damage. “It totally turned my life upside down.”

Perera, 49, decided to move to that B.C. interior town from Vancouver due to the high cost of living in that large coastal city.

“I had a good salary as a bus driver, but Vancouver was so expensive,” he said.

If there was any silver lining, it was that he hadn’t moved his belongings into the new house yet; that was to occur in December.

“That was the only good thing that happened,” he said of how his personal possessions were spared.

But the house itself was ruined; over a metre/three feet of water and mud filled the first floor.

“I thought I had planned carefully, done my budgeting, done all the calculations in the universe, but this was beyond my control,” he said.

After the water receded, he cleaned the muck out of his house and tried to start repairs on his own. But it was too much.

“It was beyond my ability,” he said, noting he had no money, no job and mortgage to pay.

“There were so many things that needed to be done,” he said. “I thought my head would explode from thinking about it so much.”

Downcast and worried about the future, he contacted the City of Princeton for help. They told him to contact Walter Wiebe, project director for Mennonite Disaster Service (MDS) Canada.

“Not only did they fix my house, they lifted my spirits. They kept me from being overwhelmed.”

Wiebe, who directed MDS Canada’s work in the city, told him not to worry—some people would come to help.

“I can’t thank them enough,” he said of the volunteers who repaired his house. “They arrived at a time when I was so emotionally down. Not only did they fix my house, they lifted my spirits. They kept me from being overwhelmed.”

Along with putting in new walls, floors, doors, bathroom and other things, the volunteers discovered the house wasn’t properly insulated; they fixed that, too.

“There were all kinds of things that needed fixing,” Perera said. “They did so much work.”

When he thinks back to those early days after the flood, he’s amazed at how far things have come.

“I don’t know how I could have got to this place without the help of MDS,” he said, adding quietly, “I don’t know where I would be.”

Today he lives in a beautiful house. “Everything is neat, nice and functional,” he said. “It really feels like a home.”

Perera is also out job-hunting; he’s got another interview lined up. “I am very hopeful,” he said.

Of the volunteers—people he now considers friends—Perera said: “I never knew these kinds of people existed, people who wanted to help, who had nothing but good wishes for me. They changed me, changed my whole way of looking at things. Now I ask myself, ‘what can I do to contribute to others?’”

Nick Hamm of Vineland, Ontario, spent time in May and June in Princeton with MDS.

For him, Perara’s story is a reminder of “how God is at work in this community, and how those who serve with MDS can touch lives, and nurture hope, faith and wholeness.”

MDS Canada’s home repair work in Princeton is done. We have openings there for a family camp from mid-July to mid-August doing gardening and landscaping work, and also for weekly volunteers in Monte Lake, B.C., where MDS is building houses for people who lost their homes to wildfires. 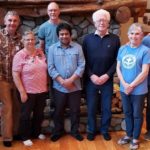 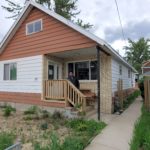