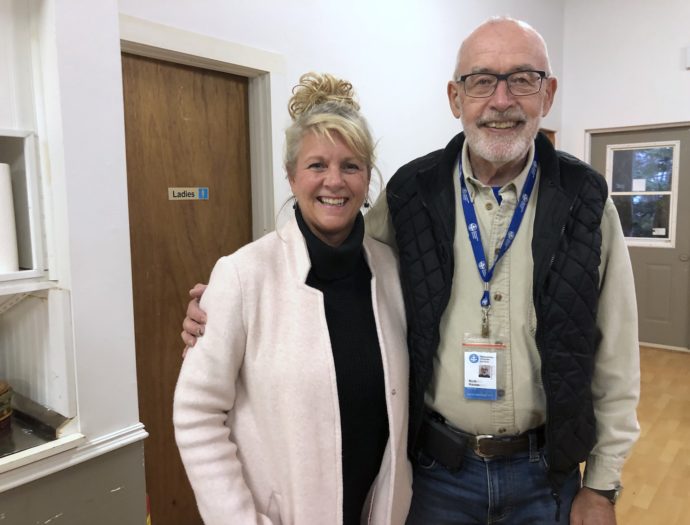 Helping people who fall into the gaps in Glace Bay

That’s what happened when the organization started working on one senior’s house in Glace Bay, Cape Breton Island.

The senior deals with physical and mental health issues, including hoarding. When volunteers came to fix leaks in his roof caused by the hurricane, they could see he needed additional support that MDS was not equipped to provide.

“He was a forgotten soul until MDS came along,” said McCarron of the senior. “He wasn’t on our radar at all.”

If not for MDS, they wouldn’t know about people like him, she said—people who either aren’t sure how to ask for help, or are too proud to do it.

“MDS is helping us find people who have fallen into the gaps,” McCarron said.

“He was a forgotten soul until MDS came along,”

With help from the United Way, the senior was moved into a hotel while his roof was repaired. The agency also offered to help him clean his house to make it more livable and provide other supports.

For Hamm, it’s a great illustration of the good partnership MDS has with the United Way.

“Our mission is to support vulnerable people,” he said. “Most of the time we do that by repairing or rebuilding houses. But sometimes we help in other ways. I’m just glad he [the senior] could get the support he needs.”

MDS will be involved in Cape Breton until mid-December. More volunteers are needed to help with roof repairs. Those who want to volunteer can contact Clara Flores at [email protected] or 1-866-261-1274.