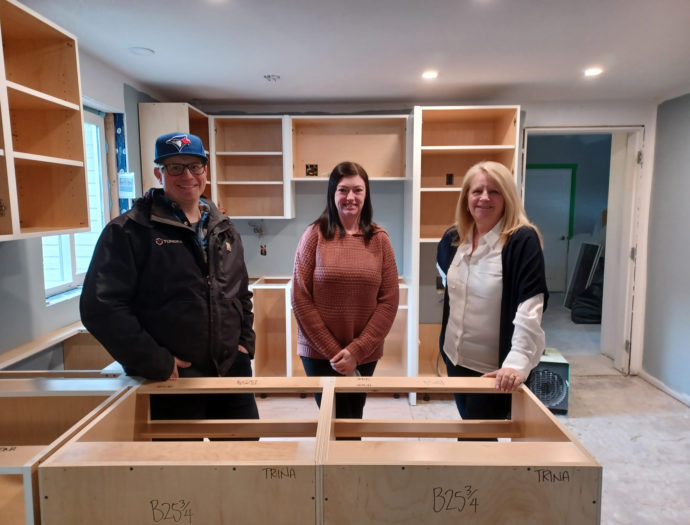 If, as the old African proverb puts it, it takes a village to raise a child, it can also take a community to help someone recover from disaster.

That’s the story Trina Enns tells about how her church—the South Abbotsford Church, part of the Canadian Conference of Mennonite Brethren Churches—is helping her rebuild her hope and home after last November’s devastating flood in B.C.’s Fraser Valley.

Enns, 42 and a single mother of two boys, has arthritis and other health issues that limit her ability to walk long distances. She and the boys, 18 and 12, live on a two-acre property owned by her mother; her mother lives in a suite above their garage.

When the rising water from the Nooksack River flooded her modular home, located in the low-lying Sumas Prairie, Enns had only a short time to evacuate. 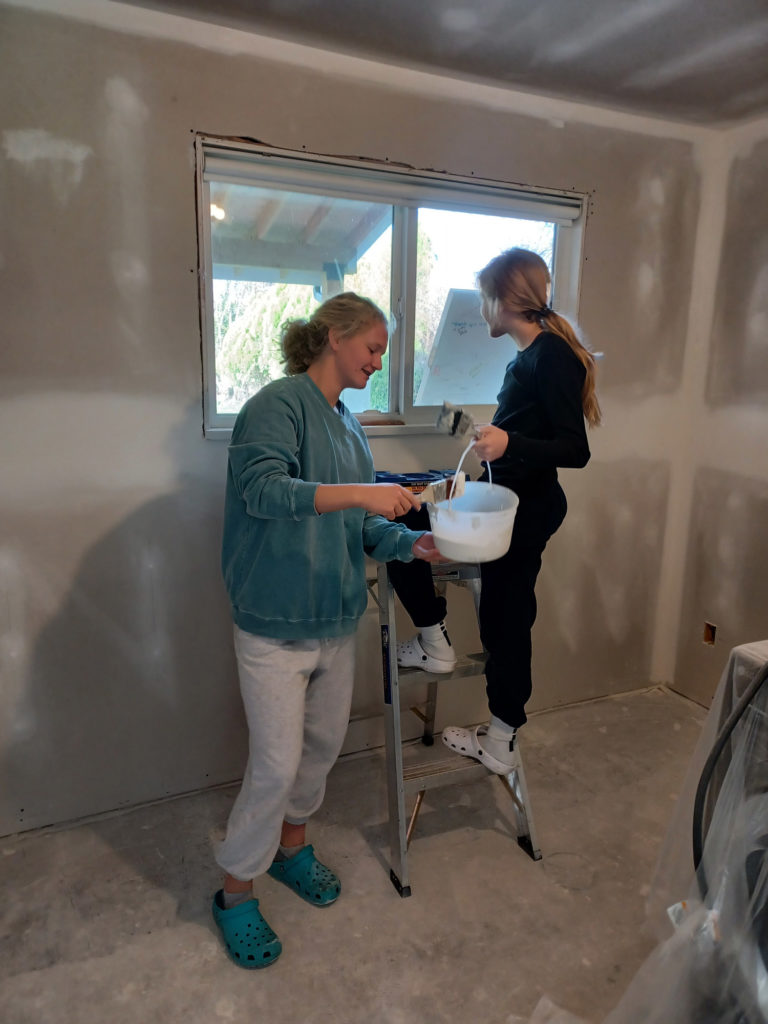 “The water was up to the bottom of the car when we drove out,” she said.

The family spent the night in a nearby McDonald’s before finding accommodations with family and friends.

When the water receded, she came back to the house and was devastated by what she saw.

“I didn’t know where to start,” she said, adding her disability prevented her from doing much to clean out her home.

Added to her woes was lack of flood insurance. “It wasn’t available,” she said.

When people at her church heard about her dilemma, they sprang into action.

One of the first to respond was Joe Wieler, a local turkey farmer and contractor.

He called and told her, “Don’t worry. We’ll be there in the morning.” 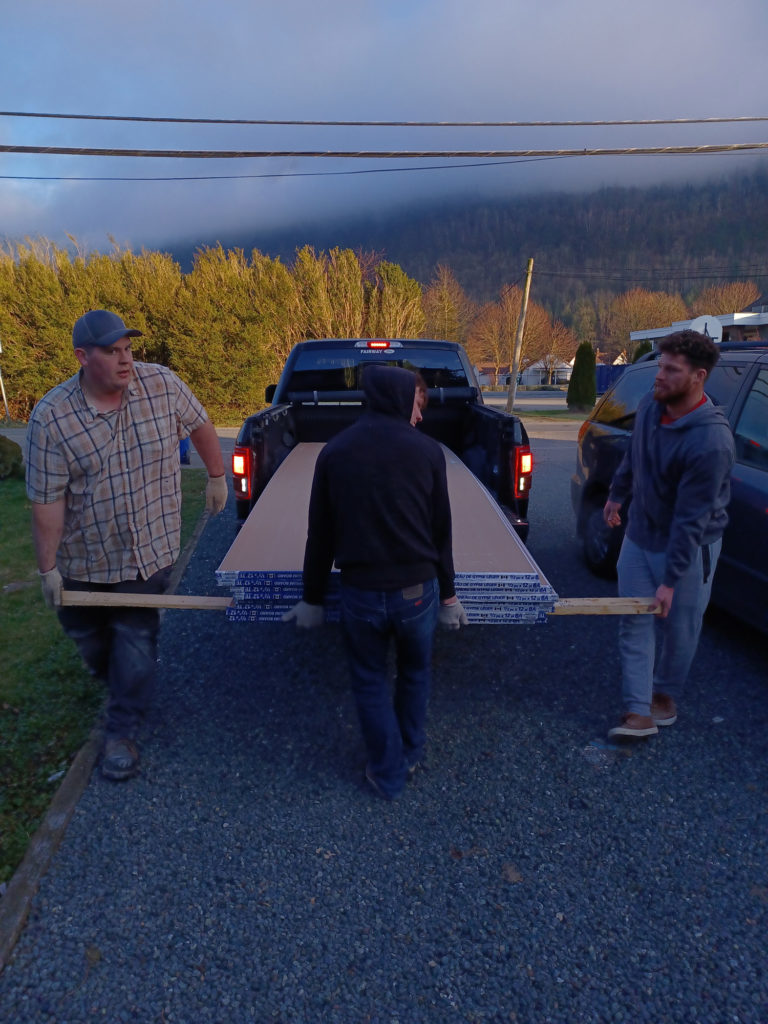 “The way the church responded spoke volumes not only to me, but it is a testament to the community of how Christians help others in time of need.”

Although the farm Wieler is part of had also been flooded, he organized people from the church to come out and help with the clean-up. He also arranged for local contractors to do the repair work.

“Helping Trina helped me keep my mind off my own losses,” Wieler said, adding there was nothing he could do on his farm for a week until the water was gone.

“It kept my hands and mind occupied,” he said.

For Connie Siebert, Pastor of Care at the church, Wieler’s contribution was beyond just finding something to do.

“Joe is not only a good guy all around, but he has a vibrant faith and looks out for others,” she said.

Wieler’s efforts, along with the groundswell of support from people at the church, “was so great to see,” said Siebert. “I’m proud of our people. They came through for Trina to help her get back on her feet again.”

“It is a huge, huge relief to get that help from MDS Canada and MCC B.C.,” Siebert said. “I’m not sure how we would have paid for it otherwise. God provided the funds we needed through them. We are so grateful.”

Members of the church also helped by donating to help Enns replace the damaged contents of her home; they also received funds from a local foundation.

For Ross Penner, director of operations for MDS Canada, working with the South Abbotsford Church is an example of how the organization can find creative ways to get people back home.

“We don’t always have to send volunteers to do the work,” he said. “Sometimes we can partner with other groups by providing funds while they do the work. The goal is to help people return to their homes, whatever way we do it.”

As for Enns, she’s finishing up her social work degree—she already has a job lined up—and is looking forward to getting back into her repaired home in April.

“It’s more than I could have ever imagined,” she said, her voice breaking. “The way the church responded spoke volumes not only to me, but it is a testament to the community of how Christians help others in time of need.”

Recovery work in Fraser Valley and Princeton is being done jointly by MDS Canada and Mennonite Central Committee B.C., which have entered into a partnership agreement to respond to the floods that hit B.C. last November.