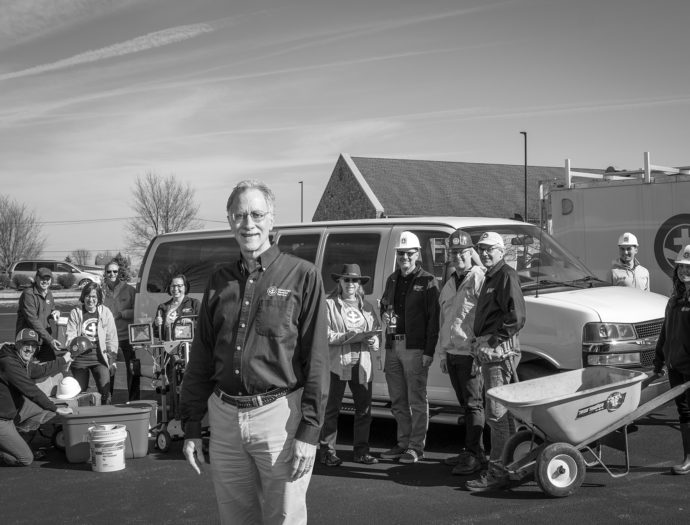 During 16 years at MDS, Jerry Grosh perfected the art of listening

What’s that sound? That’s Jerry Grosh answering a question. During his 16 years as field operations manager for Mennonite Disaster Service (MDS), that’s how he often began what his colleagues good-naturedly called his “non-answer.”

Of the many skills and attributes Grosh brought to MDS—among them administrative leadership, years of disaster-related field experience, and a compassion-filled heart—his enormous capacity for listening stands out the most.

“Jerry does have a keen sense of understanding people and listening, of seeing through the issues and discerning,” said Kevin King, MDS executive director.

Grosh’s approach was a bit frustrating at first, acknowledged Dube.

“Coming from a corporate culture where I worked for 28 years, I was used to getting answers when I asked a question,” Dube said. “With Jerry, instead of just getting an answer, I got an education.

“After the ‘Welllllllll….’ he would proceed to talk about all the variations, possibilities, and different choices,” Dube added. “Over the years, I came to appreciate that approach more and more.”

Larry Stoner, an MDS operations coordinator who has known Grosh so long he can share dozens of stories, agreed that Grosh was, through everything, a listening leader.

“He is good at assessing situations and coming up with a solution—and a resolution—that’s hopefully acceptable to most people,” said Stoner.

In the disaster response field, where people are often operating under high pressure, juggling responsibilities, and relating to volunteers, coming up with widely accepted solutions can be nearly impossible.

But Grosh didn’t just manage people—he lifted them up with a leadership style that Michele WhiteEagle, MDS Region 4 Board Chair, deeply appreciated.

“You’ve raised up projects and raised up people, too,” she said during one of several celebrations for Grosh. “You made me feel comfortable that I could come to you and ask my plethora of questions.”

She added, with a smile: “Many of those answers started with ‘Welllllllll….’ May you continue to raise up people, wherever you go and whatever you do.”

A field of needs…

Grosh’s first humanitarian response was in Ethiopia, where he and his wife, Ann, worked under Eastern Mennonite Missions (EMM) in 1985—a time when prolonged drought and conflict triggered a famine in which more than one million people perished.

“We were involved in a food program and a health program, and some very intense situations,’ recalled Grosh. “I learned a lot.”

They were in a feeding center for 14 months—the start of what became 17 years of relief and development work with EMM and the Mennonite Central Committee in East Africa.

At the heart of all that experience, Grosh said, was the realization that relationships are very important in disaster response.

“That’s why it was such a privilege to work with MDS for almost 16 years, because it’s a place where relationships are important. Over the years, MDS has built relationships with people that are so valued.”

“That’s why it was such a privilege to work with MDS for almost 16 years, because it’s a place where relationships are important,” he said. “Over the years, MDS has built relationships with people that are so valued.”

Grosh acknowledges that the “Wellllllllls….” began in 2006, when he arrived at MDS.

“I learned right away that, most of the time, MDS leaders in the field didn’t need more rules. Instead, they needed us to listen—and they probably had the answers themselves,” Grosh said.

Living what he believed

Grosh thrived on visiting MDS projects and seeing volunteers at work. “Every disaster is unique,” he said. “I am very grateful to have been a part of this.”

He recalled one of his favorite quotes from the field, from a building inspector in Plaquemines Parish, Louisiana: “You people really live what you believe.”

Ann King-Grosh said she was always impressed with her husband’s stories, especially about volunteers who were profoundly touched by the work they were doing and the homeowners they learned to know.

“I have never heard of a context in which so many men got tearful as they told their stories,” she said. “Women, yes. Men, no.”

She added: “And so, I have wondered many times what it is that gives these men the permission to be so touched that they can tell stories through tears, without feeling the need to apologize. MDS seems to be unique in this regard!”

After visiting more than 100 MDS projects over the years, Grosh can tell stories that, woven together, form a unique history of the organization. As Steve Wiest, an MDS operations coordinator, said: “What I appreciate about Jerry are the stories, the lessons that come from history. I think he carries the history of MDS in his head.”

Did Grosh ever think about doing something else? Sometimes, he said. In fact, one of his dream jobs would be serving as a university professor. Over the years, his MDS job shifted from field work into managing people, which Grosh describes as “getting the right people together to talk about the decisions to be made.” (In other words: “Welllllllll….”)

Now, as Grosh has finished his time with MDS, he acknowledges the organization isn’t perfect—”MDS still has work to do,” he said.

But he can also say with humility—and admittedly with some pride, too—that MDS is the best organization in the business at what it does.

That fine reputation, Grosh believes, has been built on integrity, compassion and commitment from MDS staff and volunteers and, perhaps most of all, love for the people they serve.

How will Grosh fill his time now? He tends beehives, and now that it’s springtime, the bees need more of his time. He’ll also carve out some days for camping and projects at his home in Lancaster, Pennsylvania.

What will he miss the most about MDS? The people, of course.

“I think I had the best job at MDS. When I leave this office, I’ll miss the camaraderie, the staff, the volunteers, the visits to the projects, these inspiring stories, and the inspiring work everyone does,” he said. “I hope it won’t be that long before I’m out on a project.” 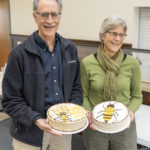 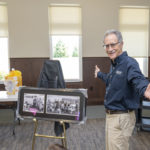 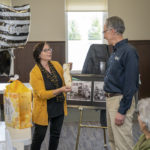 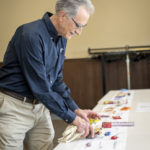 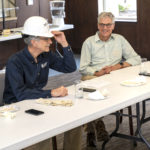 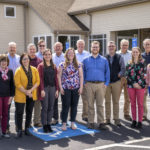 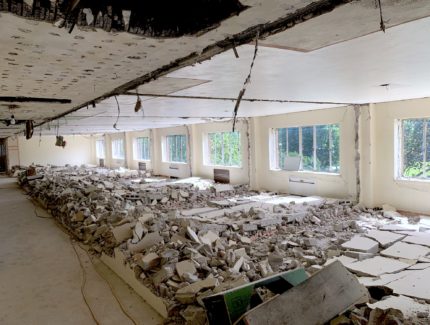