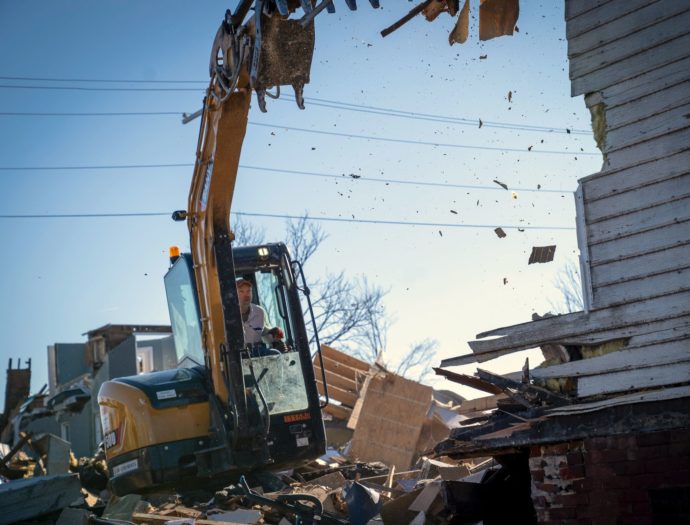 On Dec. 10, 2021, a tornado damaged or destroyed about 1,300 homes, businesses and houses of worship when it swept through the close-knit town of some 10,000 residents.

After the relief phase of the disaster, dozens of ACTS volunteers, many of them young men and women from northern Indiana, have worked in Mayfield building new homes for tornado survivors.

“We broke ground on the first new home in March 2022, and that home is scheduled to be finished by the middle of June,” said Paul Hochstetler, who serves as chairman of the board for ACTS.

“Our local partners are hoping by June 10 have a home dedication because that would be the six-month anniversary of the storm.”

Hochstetler added that 15 more homes have been started.

“Everybody we’ve met has been super accommodating, and they really want to help themselves"

“We plan to be in Mayfield all of this year and into next year,” he said. “We could end up building as many as 40 or 50 homes.”

Hochstetler said that the local community was working alongside the volunteers.

“Everybody we’ve met has been super accommodating, and they really want to help themselves—they’re not waiting for us to come do something,” he said.

ACTS volunteers previously worked in Laurel, Mississippi, building five new homes for survivors of a tornado that struck in December 2019.